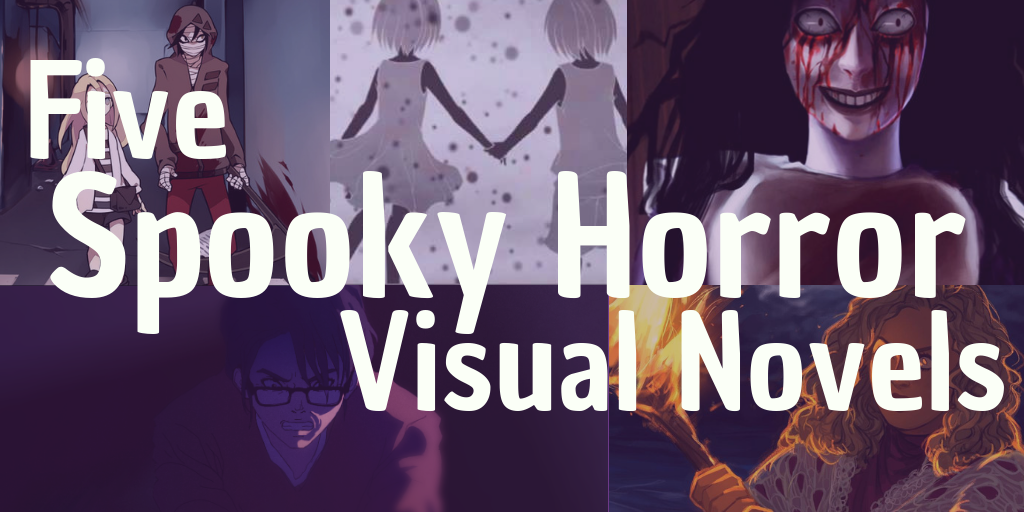 Happy Halloween!! It’s that special time of year where folks can really let their hair down and get into a little mischief! Or, you know, get a ton of free candy from strangers…  Who doesn’t like free candy?

For those of you that don’t know, I am a huge fan of all things horror, from slow building Gothic horror to heart pounding psychological thrillers to campy monster flicks, I love them all! So you can bet I am really getting into the spirit of the season with a month long celebration of all things creepy. All month, I’ve been bringing you guys lots of fun Halloween themed posts and reviews to get you in the mood for some good old fashioned scares!

I’ve already covered 13 simply terrifying horror manga to keep you up at night as well as a five step guide on how to survive a Junji Ito horror story, but for Halloween, I have something really special for you: A list of five super spooky horror VNs that are bound to give goosebumps! 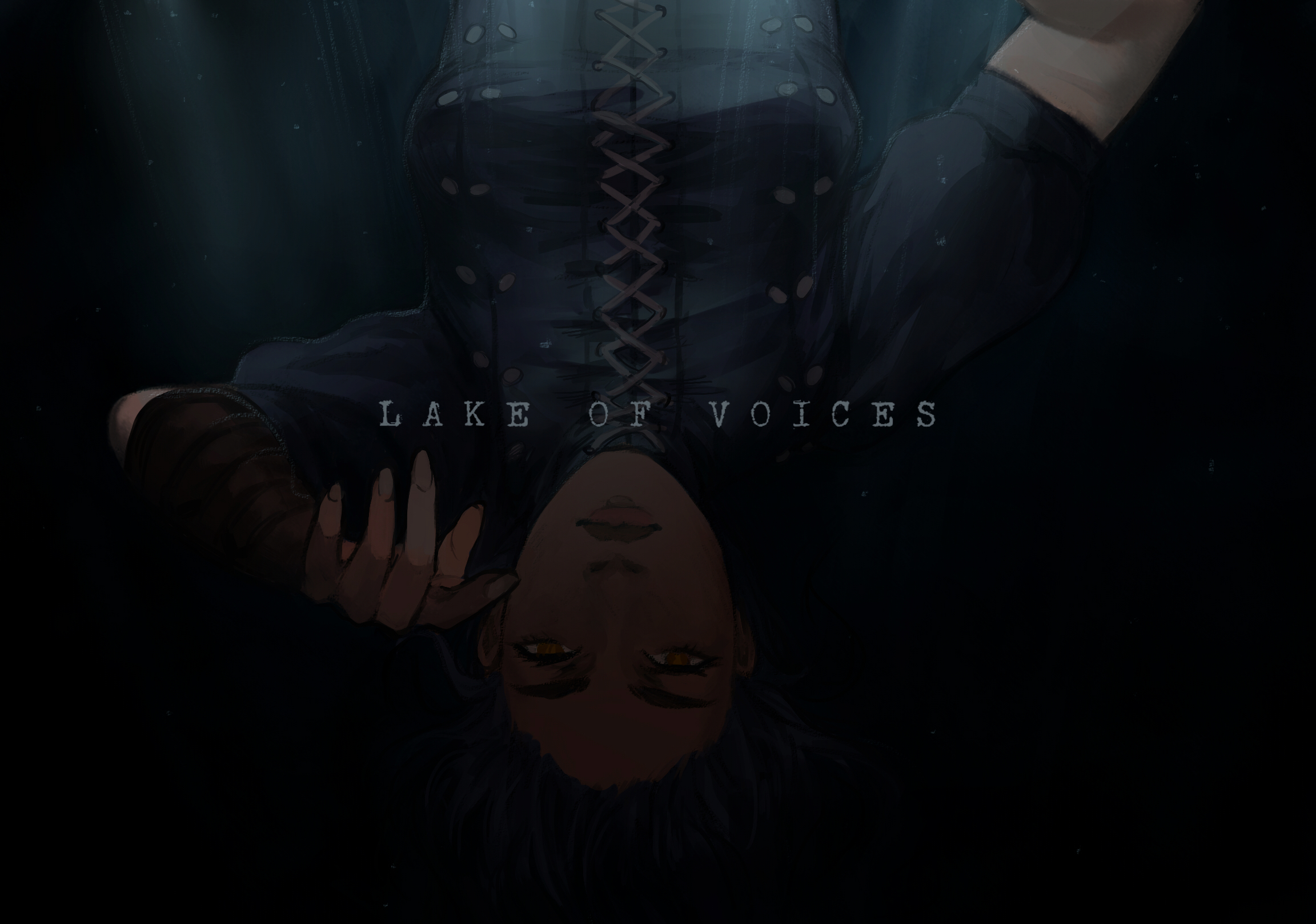 Kicking off our list is the newest VN from indie game developer GB Patch, the folks behind the steampunk fantasy,  A Fortold Affair and the rom-com, XOXO Droplets. Unlike their previous titles Lake of Voice is a straight up horror game, with some optional romance elements woven in… You play as Kikka, a soldier tasked with protecting several villages throughout the region, her current mission: travel with her fellow soldier, Bemelle, to a nearby village and help defend them against raiders. Unfortunately the journey requires you crossing Sinnlos, a cursed lake full of creatures hellbent on taking out anyone that dares cross the lake. The game follows Kikka’s attempts to get herself and her companions safely across the lake.

I have played a couple of GB Patch’s games before, but this one had me on the edge of my seat from start to finish! In true horror fashion, people can and will die, and not just throwaway side characters, but, main characters! This game really plays up the tension of having to cross a cursed lake with it’s timed choices and high stakes decision making, your actions throughout the game have consequences not just for you, but every single character in the game! On top of that, Lake of Voices is fully voiced and the performances really set the tone for the game, you feel their fear and uncertainty and it really draws you into the story. GB Patch packs a lot into this free to play game and it is an absolute must for horror fans

Who is Mike? – FERVENT

Who is Mike? is a total mindfuck of a game, that will seriously have you questioning what the fuck is going on from start to finish! You play as Mike, a young man who wakes up dazed and confused, with a raging headache. But, before you can get your bearings and make sense of anything another guy who looks exactly like you is suddenly claiming to be the real Mike Jansen, and accusing you of being a “fake”.

You, the other Mike and your/his girlfriend, Sarah are standing in a room and you are tasked with trying to convince her that either of you are the real Mike. If you fail… you die. If the other Mike fails… he dies. And, if you make enough wrong moves along the way, Sarah dies… This game runs the gambit, going from comedic moments to suspense and then back again as you, try to answer one simple question: Who is Mike?! Even after you finish the game, you still won’t be sure who the real Mike really is… but, it sure is fun figuring it out!

Angels of Death is an RPG Maker psychological horror visual novel that takes you on one hell of a journey, the anime doesn’t even come close to it! The game follows Ray a young girl who wakes up after having been transported to an abandoned building, which is also home to a crazed serial killer. But, rather than wanting to avoid the Zach, Ray, who is still coming to terms with the deaths of her parents, actually wants to find him, so he can put an end to her suffering and kill her. Meanwhile, Zach, who is also a prisoner in the strange building, wants nothing more than to leave, so they strike up a deal; Ray will help Zach escape in exchange for him ending her life when all is said and done.

The game consists of four chapters in which players must go to every floor of the building and complete a series of puzzles set by each “floor guardian”. Each floor has different tasks and puzzles to solve, so there’s always something new on each floor and some of those puzzles are Nintendo hard, requiring multiple retries. There are a few scares, but most of them come from the intense atmosphere of the game and the mystery elements of the game. This is an all around great game and one of the best RPG Maker games out there. 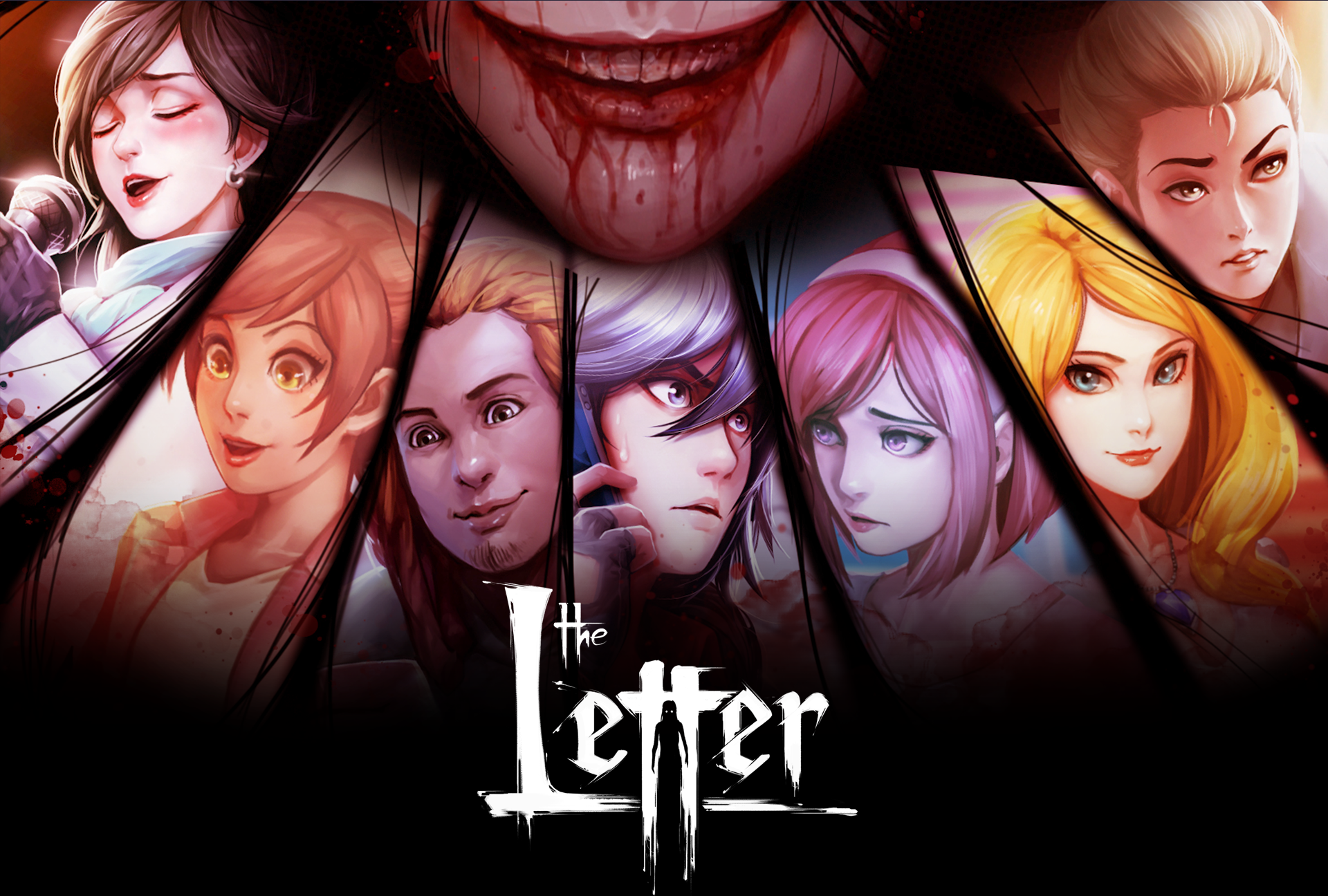 I will keep suggesting this game till I am blue in the face! If you want something that will keep you on the edge of your seat from start to finish, The Letter is the game for you! With it’s dynamic cast and branching narrative, this horror VN is a must play for fans of horror! The game follows a group of seven people who find themselves the victims of a vengeful ghost when one of them, a young real estate agent, discovers a creepy letter in the attic of the old Ermengarde Mansion. Over the course of the story you take control of each of the seven victims as you attempt to piece together the connection between the letter, the house, and the spirit. In this game, every choice counts and one wrong move can spell disaster for yourself and everyone involved.

I wrote a full review for the game earlier this month and I was blown away by how good this was! It has every horror cliche in the book and yet, you just keep coming back for more! The split storytelling style of the game lends itself well to the mystery aspect of the game with each chapter unveiling a new piece of the overall story. This is just a really great game with timed choices, intense mini games and more to explore, but, fair warning characters can and will die! 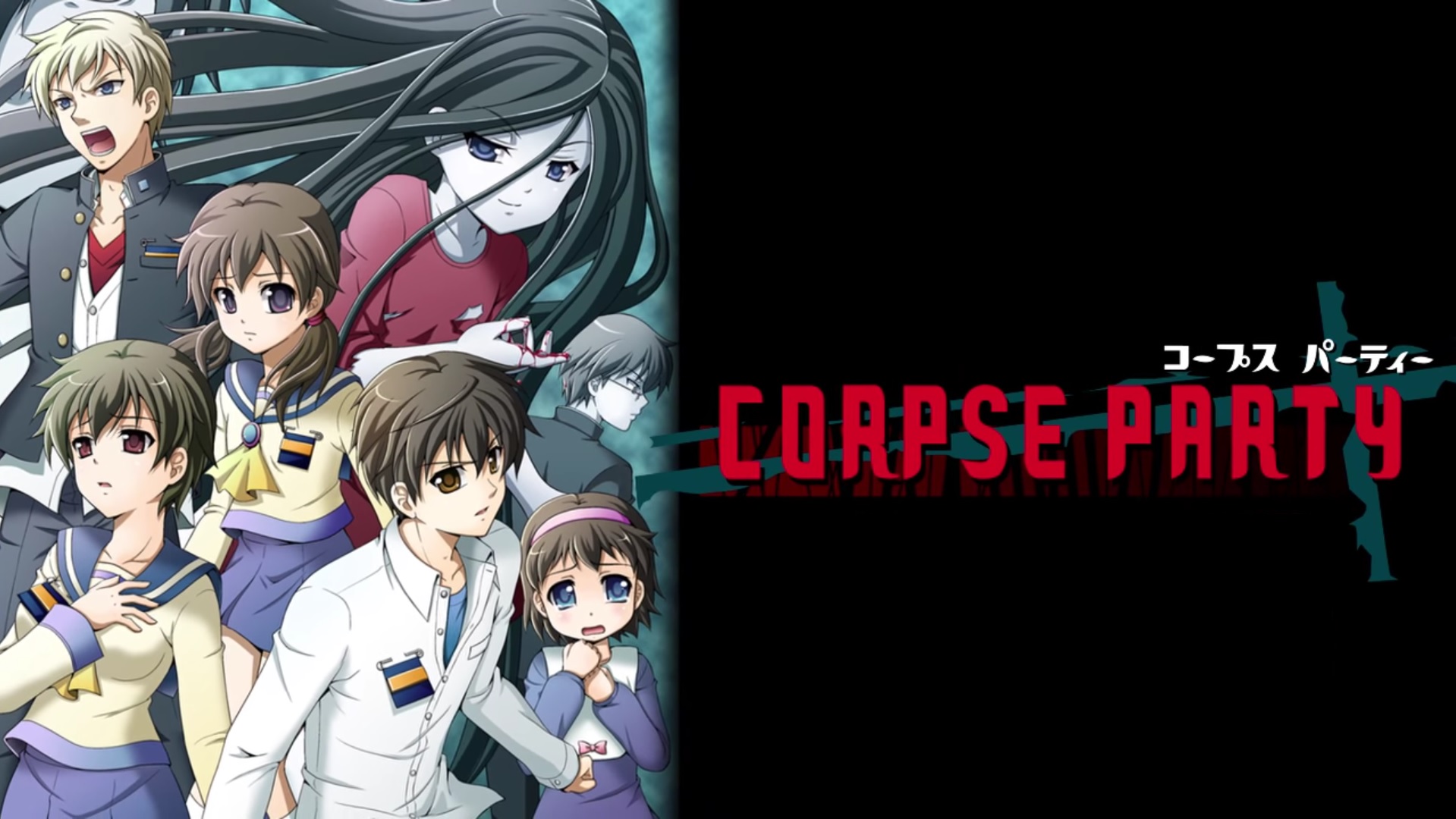 Last, but not least is an oldie but a goodie, Corpse Party! What kind of horror game list would this be without including this title? This game has been revamped, re-released, and ported so many times over the years it’s not even funny, but, it is always at the top of most horror VN lists. Corpse Party follows a group of friends perform an occult ritual that transports them to an otherworldly elementary school where they must defend themselves against a whole host of horrors. It’s a classic setup with many twists and turns as you delve into the mysteries surrounding Heavenly Host Elementary and the group of friends that find themselves trapped within its walls.

Think Kazuo Umezu’s The Drifting Classroom, but as a visual novel and you pretty much have the basic set up for Corpse Party. In this interactive adventure game, you have a bunch of kids stuck in a horror hellscape with no means of protecting themselves. Explore the various rooms of the elementary school in order to uncover the secrets of the school in hopes of returning home to their normal lives. Like Angels of Death, there are a lot of puzzles to explore and dozens of choices to make!

Do You Wanna Play A Game?

Even if you don’t plan on going out this Halloween or like me you’re “too old” for Trick-or-Treating, this list of horror VNs is the perfect way to spend the holiday! Enjoy these spooks and scares from the comfort of your own home, but, I suggest keeping the lights on! Of course this isn’t the end all list for horror games, so if you know some that weren’t on this list feel free to tell me about them in the comments section. I’m always on the look out for more scary games to play!