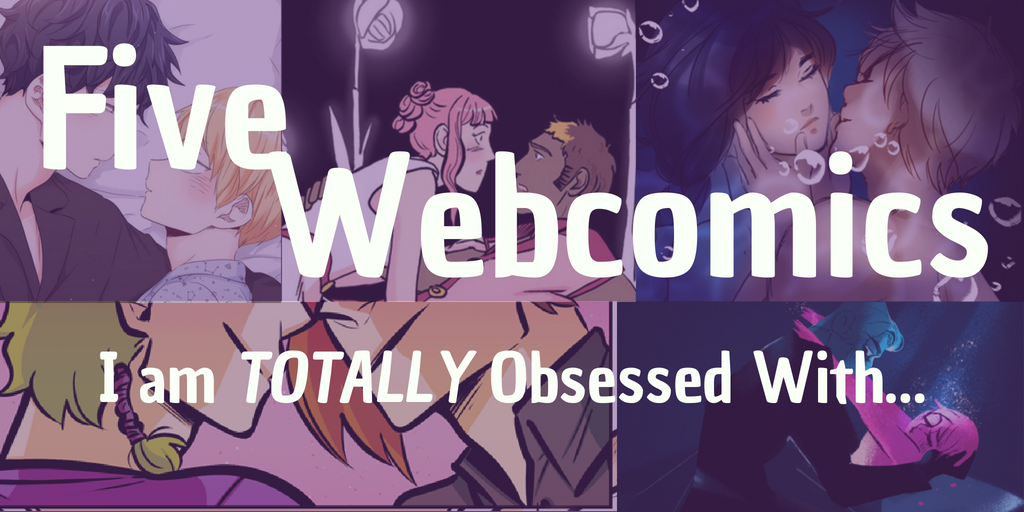 Hey Hey Heroes, Travelers, and NPCs, I don’t know about you guys, but, it’s been a pretty hectic week on my end. Between deadlines at work, unforeseen disasters, and just plain old adulting, it’s really easy to get bogged down by… well, Life. Sometimes, you just want a bit of an escape, whether that’s kicking back with a good book or watching that Netflix series everyone’s been raving about, we all have our ways of checking out from reality (if only for a short while). I, myself dabble in quite a few extracurricular activities to get my mind off of my responsibilities, but recently, I have been obsessed with webcomics!

So, to pass the time, I figured it’d be cool to compile a list of my current favorites! Forewarning though, I’m partial to slice-of-life romances, and it wasn’t until after I wrote this list that I realized they were all romances… I guess I have a type… Also, these aren’t in any particular order, since I love them all for different reasons. 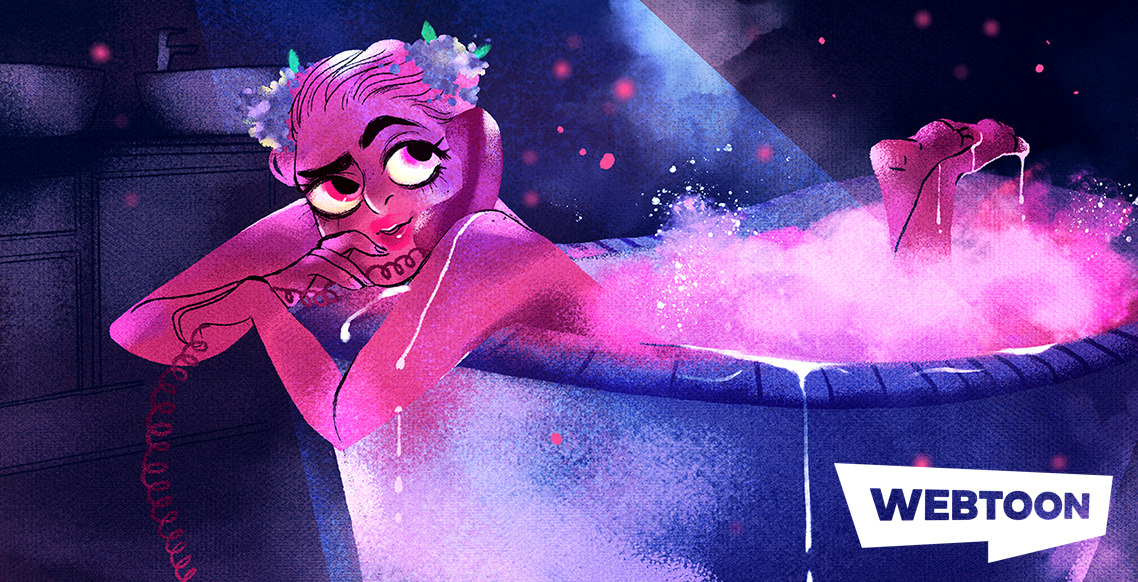 Where to Read: Webtoons | When it Updates: Every Sunday

I am weak to two things, cheesy rom-coms and Greek myths, and this first webcomic is the perfect marriage of my two vices. Lore Olympus is a modern retelling of the Persephone abduction myth (also referred to as the Rape of Persephone or the Taking of Persephone). Rachel Smyth does a great job of adapting the characters from the Greek myths I love to fit in with the more modern setting. All of the gods and goddesses from the Greek pantheon make an appearance, but the main focus of the comic is the budding romance between Hades and Persephone and let me tell you, it is adorkably cute!

Hades is an eternal bachelor, with seven adorable puppies in a casual relationship with a nymph that nothing but a string of empty booty calls. When big bro Zeus drags him to a party he meets the innocent Persephone and falls head over heels in love. What follows is one for the cutest romances ever, its a slow build with most of the story focusing on shy and innocent Persephone’s attempts to integrate herself into the fast paced environment of Mt. Olympus. In fact, it’s more of a coming of age story, wrapped in a will-they-won’t-they rom-com bun. But, don’t worry, you’ll see a few familiar faces from myth cropping up from time to time and don’t get me started on the art! Smyth uses a rather unique style, which is at times minimalist in its use of lines and color, giving the whole thing a softer, less rigid feel, while also allowing the various characters to really POP! 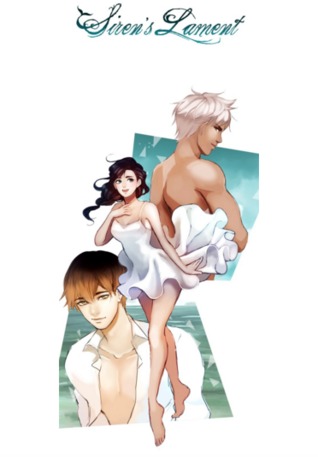 Where to Read: Webtoons | When it Updates: Every Saturday

Next up is a modern fantasy about a young woman who’s life gets turned upside-down when she is accidentally given a curse that turns her into a Siren. Now, Lyra must figure out how to break the curse without her crush finding out. This comic has everything, romance, drama, comedy, a dynamic cast, and a well defined world. Instant Miso takes the time to flesh out not just the characters, but the world they live in. There’s a whole lore surrounding Sirens and each new episode delves more deeply into the mythos surrounding them and how it affects Lyra and her journey.

I originally stumbled upon this gem of a series from a random Facebook ad, I was drawn in by the gorgeous artwork. So, like any curious fangirl, I clicked the ad without giving it a second thought. I was hooked from the first episode! I immediately read through all of the available episodes and I was still no satisfied, I wanted, no, I needed more! I’ve not read the creator’s previous work Where Tangents Meet, but if Siren’s Lament is any indication, I need to jump on that bandwagon too! Not only is the art of Siren’s Lament beautiful, but each episode (give or take a few) has its own musical accompaniment, provided by . The equally light and beautiful piano music lends itself to instantmiso’s wonderful story of romance and self discovery, creating a phenomenal audio-visual experience.

Where to Read: Hazy London Site | When it Updates: Every Monday/Wednesday/Friday

After breaking up with his on again off again girlfriend, Toby is ready to shake things up with his love life. When his best friend Mark suggests he try something new, Toby decides to take a chance on Mark and the two begin dating and a whole new world of color opens up for the pair. This is new territory for the both of them and it’s fun to watch both Toby and Mark navigate their new relationship, while also coming to terms with their own hang ups and misconceptions.

Hazy London isn’t a new face here, since I covered it for one of my previous Fangirl Friday segments, so I’ll keep this one kinda short. You all know by now, that I am a huge fan of BL works, so it’s no surprise that I fell head over heels in love with this series! Scotty gets you in the door with the faster than a kiss opening chapter, but, you stick around because the comic is a lot of fun to read and a lot of that is thanks to its quirky cast. This isn’t just Mat and Toby’s story, the entire cast gets a chance in the spotlight, with their own subplots within the comic’s overall narrative…. and there are even times when Toby and Mark take a backseat to some of the “side characters”. 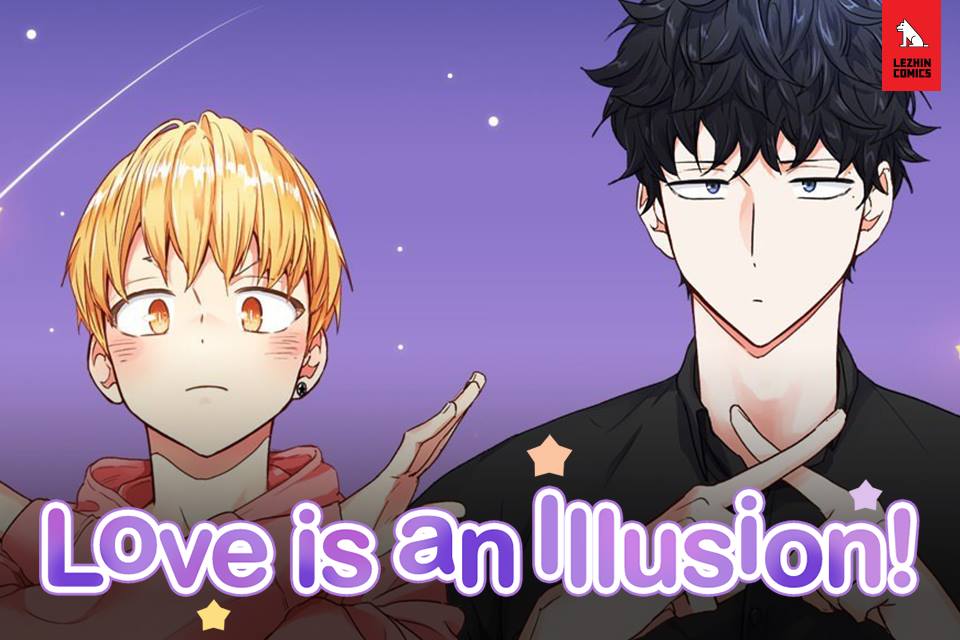 Love is an Illusion- Fargo

Where to Read: Lezhin |When it Updates: Every Week

I’ve mostly stuck to free comics in the past, but after seeing some pics of this comic on Instagram, my interest was piqued and I found myself loading up the Lezhin site for the first time… ever. And while I probably won’t be signing up for a full subscription or anytime soon, I will admit that Love is an Illusion is definitely worth the price of admission. This is a Korean omegaverse webcomic, and for those of you that have no clue what the omegaverse is or why it’s important, I highly suggest reading THIS article. But, the long and short of it is men can get pregnant, but only omegas (and sometimes betas), while alphas are usually the tops (ie. they do the hole plugging). So, this comic follows a young man, Hye-sung, who thinks he’s an alpha, only discover that he is in fact an omega when he crosses paths with a dominant alpha, Dojin, who hates omega. Despite their mutual dislike of each other early on the pair eventually engage in a physical relationship that results in Hye-sung getting knocked up… hilarity and drama ensue…

First, while there are a ton of omegaverse fanfiction out there, I have not seen very many omegaverse comics, so when I came across Love is an Illusion, I couldn’t help but give it a read. But, after the first chapter (which was free), I needed to know what happened next. The only time something like this has ever happened was when I read Seok Young’s Roommates (which you should totally read, it’s amazing), so the fact that I was willing to spend money says a lot. 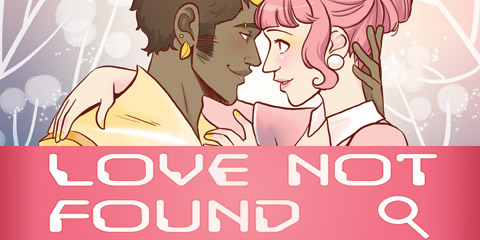 Where to Read: Love Not Found Site | When it Updates: Every Monday/Wednesday/Friday

I discovered this gem after reading one of the author’s other series, Red String, which I will admit that I dropped, because the whole red string of fate concept is rather played out. However, I was pleasantly surprised to find that Love Not Found was right up my alley, a sci-fi romance with some queer positive themes and some rather interesting social commentary. Sign me up!

The comic is set in a futuristic society in which physical touch is all but obsolete, having been replaced with machines that simulate human touch. When Abeille has a run in with a handsome stranger that results in a bit of accidental touching, Abeille starts to think that maybe a little touching might not be such a bad idea. She soon discovers that the stranger works with her and the two embark on a taboo journey of experimentation, exploring the intricacies of human touch.

So, yeah… Go read a webcomic…

Okay, to be fair, I’ve always been a fan of webcomics and I’ve even covered a few of my favorites here before. There are thousands of webcomics out there, available on tons of platforms, some free, some paid, some ongoing… From the mundane to the extraordinary, if you can think of it, there is most likely a webcomic about it! There is no end to the types of webcomics out there for you all to discover! Hell, I’ve read tons of webcomics over the years, I try to go for finished comics, but every now and again I come across an ongoing series that I can’t help but pick up (which if you know me says a lot, since I hate starting ongoing series). Comics that keep me coming back week after week, mashing my F5 key like my life depended on it in hopes of finding a new chapter update to hold me over until the next week… it’s a vicious cycle, but when you’re obsessed.

3 thoughts on “Five Webcomics I am Totally Obsessed With…”