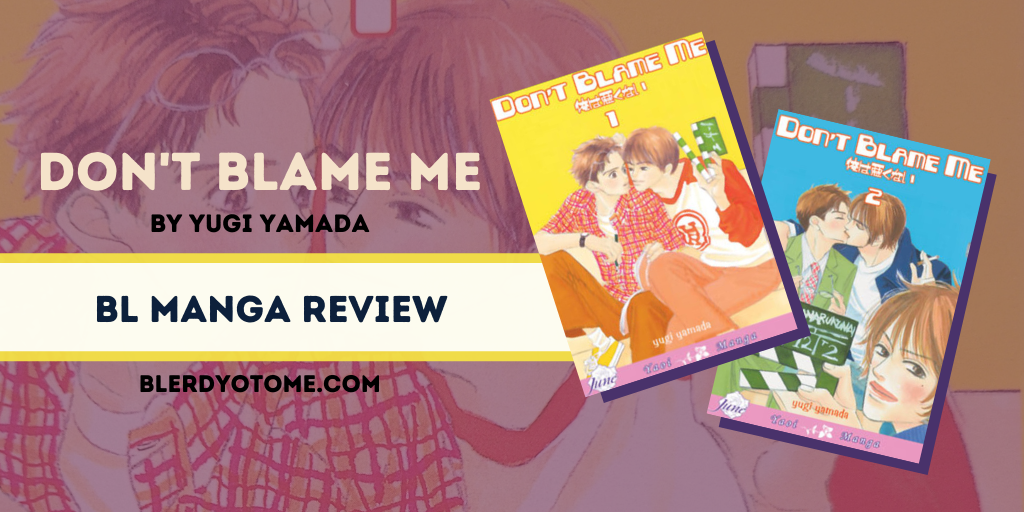 TGIF! Here we are again with another Fangirl Friday! This week I’m covering one of the first BL manga I ever read! So when I saw it on sale on the Juné site, I wasted no time snapping it up. Of course I reread it for this post, and OMG, I fell in love with the story all over again… I’m talking about the yaoi classic, Don’t Blame Me (Ore wa Wakarunai) by Yugi Yamada! 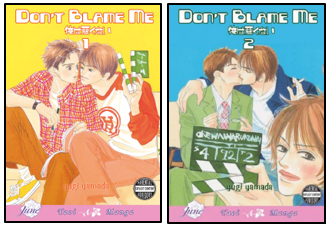 For those of you that have been following me for a while, you might recognize this manga from my Top 5 BL/Yaoi Titles post, as the series that showed me there was more to BL than sex. This a heartwarming manga and one of my all time favorites!!

University student Toshiaki Kaji is in the middle of a delayed phase of rebellion towards the world. Determined to live an exciting and eventful adult life, he is intent on defying all the rules. And after meeting a strange group of people at the school cafeteria, his life is anything but boring. In fact, it is becoming gayer!

Don’t Blame Me (Ore wa Wakarunai) is a two volume series that was released in 2000, and licensed for a North American release back in 2008 by Juné. Despite being only two volumes long, this manga manages to tell an emotional and compelling story full of dynamic and fun characters. I can’t praise this story enough, in fact I don’t think there has been a Yugi Yamada manga I didn’t like, but, out of all of them, Don’t Blame Me is my absolute favorite!

Instead of letting the story unfold in a linear fashion, Yamada-sensei directs our attention to key events in the lives of the various members of a college film club. We don’t necessarily get the full story, but the bits we do obtain through the various flashbacks and flash forwards, help the reader to better understand the characters and their present motivations. While the main focus of the story is the budding romance between law student, Toshiaki Kaji and reserved film nerd, Nakamura, each of the various characters get a chance to strut their stuff in the spotlight. I fell in love with each of the eccentric members of the film club, there was definitely something special about each and every one of them. But, if I had to pick my favorite, it would definitely be Nakamura… he was just so innocent and pure, and his love of classic horror flicks was definitely something I could relate to, on a spiritual level! Though I will admit that fujoshi, Miki is a close second, I loved the way she would ship the various club members together, and while she was pretty much a background character for most of the manga, she definitely stood out!

The overall tone of the series is pretty lighthearted, but there are a few angsty moments, but those are mostly tied in with the various romantic entanglements of the characters, namely the main pair Kaji and Nakamura, and the secondary couple(?) Jun and Takasaki. The romance was handled really well, and unlike so many other BL/yaoi manga, the romantic development didn’t start with sex, Nakamura and Kaji were friends first and only after getting to know one another did they become a couple. Their romance was mostly fluff with just a dash of drama, but the secondary couple (Jun and Takasaki), that was dripping with angsty drama. Unfortunately, their story kind of faded into the background for most of the story, which is a shame since it had a lot going for it….

Now, this is an older manga, so some folks might not appreciate the artwork. But, if you can overlook that, Don’t Blame Me is a fantastic series! The characters are outstanding and the story… perfection! So if you have the time definitely give this manga a read!!