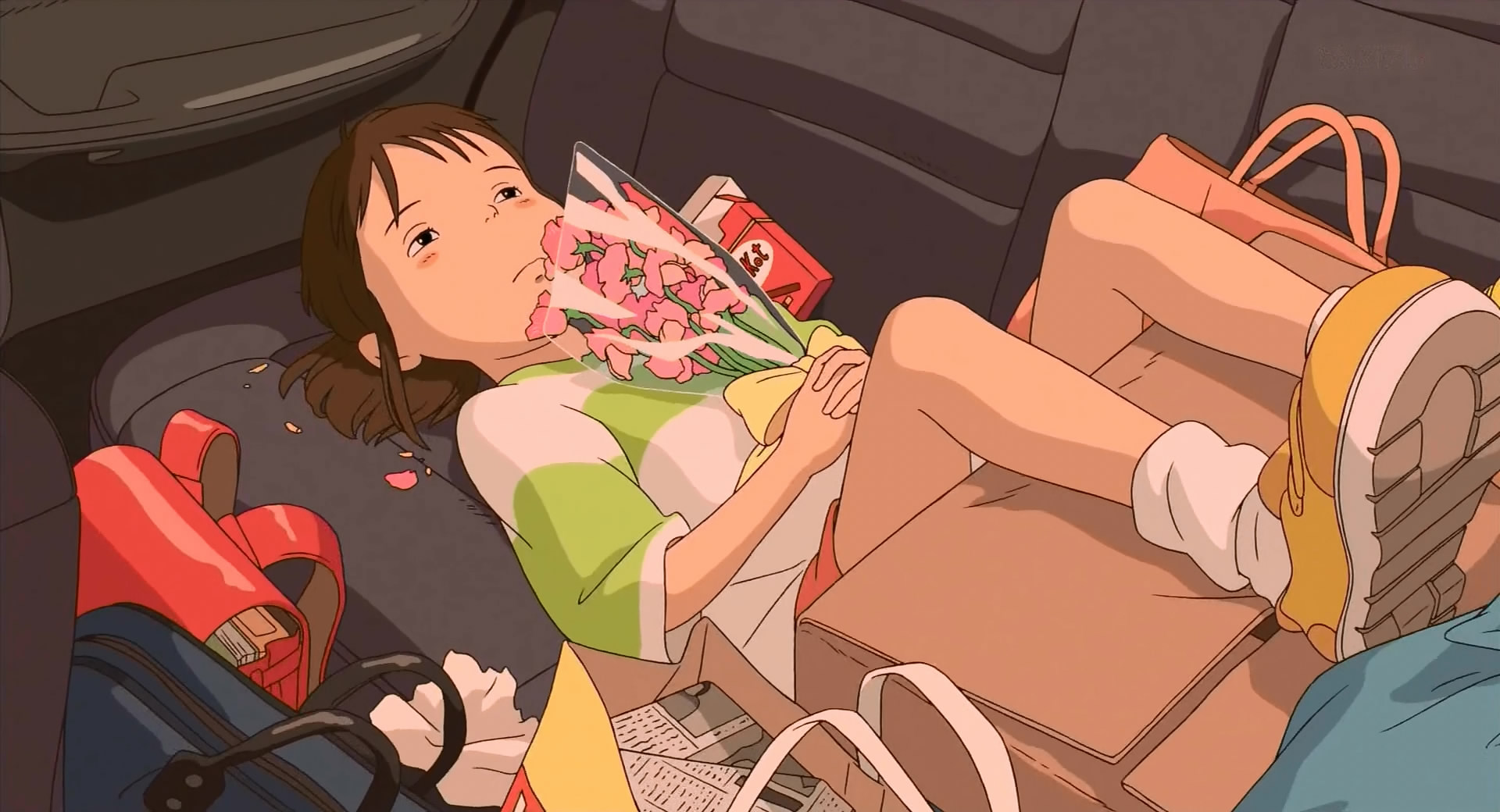 TGIF! Here we are again with another Fangirl Friday! This week I’m covering a one of my favorite animated films. I’m talking about the critically acclaimed 2001 animated film, Spirited Away (Sen to Chihiro no Kamikakushi). 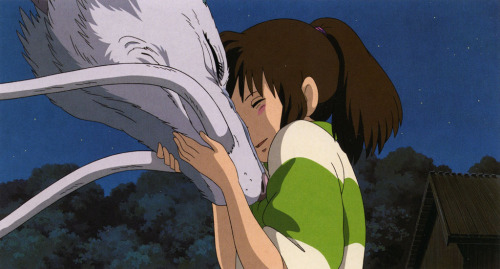 So what brought on this post? Well I recently watched the film again this past weekend and all of the memories just came flowing back! I just had to write about… it would be criminal not to have a post about this amazing film on my blog!

“10-year-old Chihiro and her parents stumble upon a seemingly abandoned amusement park. After her mother and father are turned into giant pigs, Chihiro meets the mysterious Haku, who explains that the park is a resort for supernatural beings who need a break from their time spent in the earthly realm, and that she must work there to free herself and her parents.”

I first saw this film on Cartoon Network years ago, I think they were having a special Miyazaki tribute or something. I’d seen a few anime on Toonami before so I just figured this was just another anime series, so I didn’t think much about it. Spirited Away was my first introduction to the works of Japanese director Hayao Miyazaki, so I was not prepared for the delightful experience I was about to behold! This film blew me away, I was so impressed that after the end credits stopped rolling and I’d dried my tears, I immediately went out and rented Miyazaki’s other animated features.

Since that day, I’ve seen Spirited Away several times over the years and no matter how many times I watch it, I still manage to fall in love with it all over again. There’s a timelessness to the narrative that sucks the viewer in to the fantastical world Miyazaki creates with his detailed animation style and powerful musical score. The film is just magical!

The characters are dynamic and relatable, even the protagonist, Chihiro, despite being a child still manages to engage viewers, because her story has universal appeal. On the surface Spirited Away has a rather simple premise, a young girl finds herself trapped in the spirit realm with no way out. But, once you peel back the layers of the film you realize how thematically complex the story is. At it’s core Spirited Away is a coming of age story, wrapped in a social commentary and that’s something that strikes a cord with audiences of all ages. I guess that’s why I like it so much, it doesn’t just tell a story, the film hits you straight in the feels! And I don’t mean the superficial emotional tingle, I mean emotional punches in the gut! I bawled my eyes out when Chihiro and Haku said their final goodbyes at the end of the film and I got this warm fuzzy feeling in my gut when Haku remembered his name…

Gosh ya’ll I’m getting weepy just thinking about it, so I’ll try to keep this short… I love this film to bits and pieces, so if you haven’t already seen this film… STOP READING THIS AND GO WATCH IT NOW!!! For those of you who have let me know what your favorite scene is in the comments section, so we can fangirl/fanboy together!!

Are you a fan of Miyazaki’s films? What’s your favorite Miyazaki film? Didn’t the ending just break your heart? Let me know what you think in the comments section. If you like what you see, like this post or follow Nice Job Breaking It, Hero! As always THANK YOU FOR READING!!

27 thoughts on “Fangirl Moment: Spirited Away”