Then it hit me, I knew exactly which character I wanted to write about! Most of you could argue that this character is technically a main character since she appears in a majority of her anime’s episodes. But, the main focus of an anime character is mostly on another character. So my pick for my favorite supporting female anime character is… 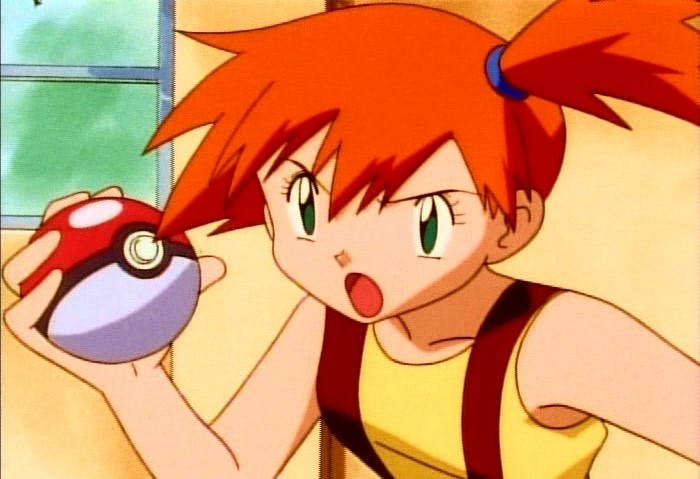 Ash Ketchum’s first female companion and leader of the Cerulean City Gym, Misty from Pokemon. Misty has always been one of my all time favorite characters, because she wasn’t some princess that needed saving. Misty knew how to hold her own and take care of herself… unless there are Bug-type Pokemon around. Of all the female companions that have come and gone in the Pokemon anime, none will ever hold a candle to Misty! So here’s a list of all the reasons I love Misty:

I have a few more reasons why I love Misty, but they are kind of hard to word. They have more to do with how awesome it felt to have a strong female character to look up to, especially back when most people insisted that Pokemon was for boys. Misty showed me that it was okay for girls to like Pokemon too!

So, that’s my choice for my favorite supporting female anime character… What did you think of my pick? Who would you have chosen? Let me know in the comments section! As always THANK YOU for reading!!!