I know I’m really late with this, but I got caught up with a really tricky data recoding assignment…

So I know that February is Mew Distribution Month, but I want to take a moment to celebrate another special Pokemon event! As many Pokemon fans know, today, Feb. 6th is the birthday of the Legendary Pokemon MewTwo. 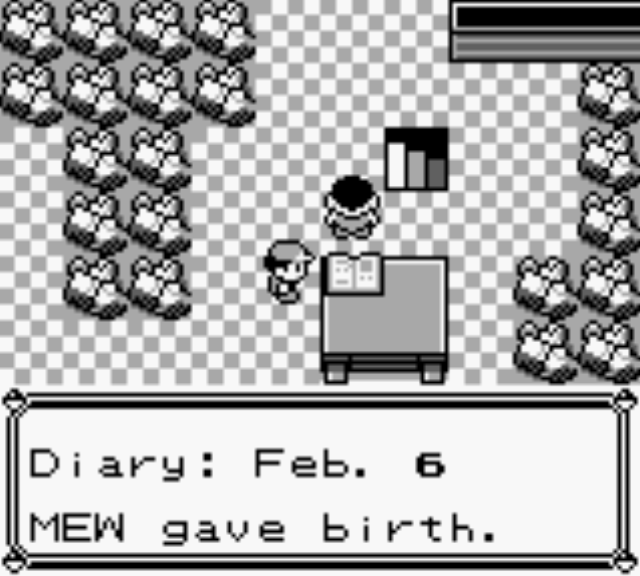 If any of you guys have ever been to the Pokemon Mansion on Cinnabar Island, then you may be familiar with a series of cryptic journals spread out throughout the building. The journals tell of the events surrounding the capture of Mew, the experimentation on Mew, and the subsequent birth and escape of MewTwo.

So today I want to say HAPPY BIRTHDAY to the guy!

MewTwo is a Psychic type legendary Pokemon introduced in the Generation 1 Pokemon games. It is the result of a series of horrific gene splicing experiments performed on the embryo of a newly discovered Mew. After it was born scientists, named the newborn, MewTwo and kept the Pokemon captive while they continued with their experiments. Unfortunately the scientists underestimated the power of MewTwo, who, in a fit of rage destroys the Pokemon Mansion and escapes to the Cerulean Cave.

While MewTwo isn’t my favorite Pokemon of all time, I do acknowledge that it’s a solid addition to any team. So for now, on this day, we salute you MewTwo! Happy Born Day!

One thought on “PokeNews:Happy Birthday MewTwo”