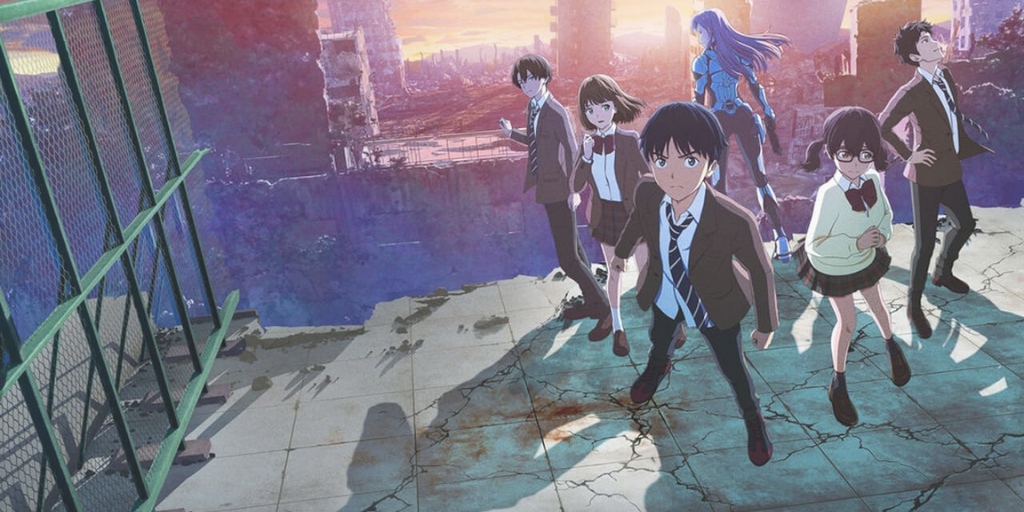 I am not a huge mecha fan, in fact, I can honestly say there are two maybe three mecha series that have managed to hold my interest for longer than a few episodes. So, I wasn’t chomping at the bit for Winter 2019’s revisions, the brain child of veteran director Goro Taniguchi. Of course, this wasn’t Taniguchi’s first foray into the mecha genre, he’s been associated with a number of critically acclaimed mecha series since the early 90’s and it’s safe to say that he brings his years of experience with him into this sci-fi epic. 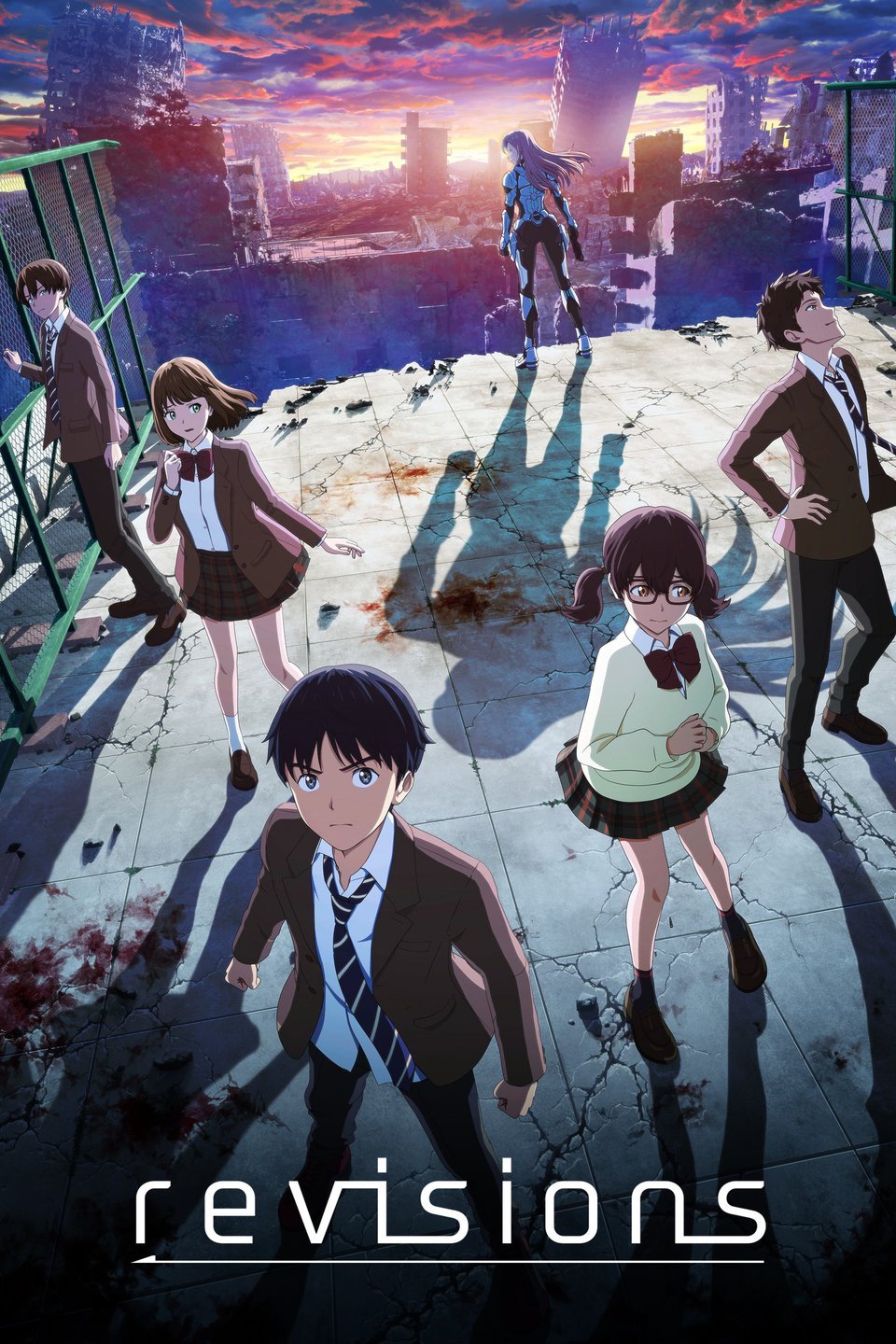 revisions has a lot going on in its rather short, 12 episode run, equal parts human drama and sci-fi adventure, the series draws from a lot of preexisting anime tropes, while also bringing with it a few unique ideas. The series follows high schooler, Daisuke Doujima, a guy who is convinced that he is god’s greatest gift to mankind. After being rescued from an attempted kidnapping as a child, he was told by his rescuer that he was destined to save the world. With these words in his heart, Daisuke spent the better part of his life preparing to do just that, his years of “training” pay off when he, his friends, and the entire city of Shibuya are mysteriously transported from present day (2017) to the year 2388. The future is a veritable wasteland, populated by beings known as Revisions who use monstrous mecha abominations to terrorize the inhabitants of Shibuya, their only hope is the secretive organization AHRV and their agent, Milo, a mysterious young woman from the future who shares a strong resemblance to someone from Daisuke’s past. She arms Daisuke and his friends with their own mecha, String Puppets, the only things capable of taking down the Revisions and protecting the people of Shibuya. Now, Daisuke and his friends must defeat the Revisions if they have any hope of returning to the past, or they’ll risk staying in the future forever.

END_OF_DOCUMENT_TOKEN_TO_BE_REPLACED

First don’t worry, this isn’t going to be bad news! I just have a lot on my plate so I wasn’t able to keep up with my blogging schedule like I wanted to… So as most of you know I have been working on revising a research paper I helped write (with two classmates) back in May for my Big Graduation Research Capstone.