Like the title says, Voltage Inc’s newest free to play mobile app, Liar! Uncover the Truth (aka Doubt: Who is the Lying Man?) is now hosting it’s first ever event until December 9th!

END_OF_DOCUMENT_TOKEN_TO_BE_REPLACED 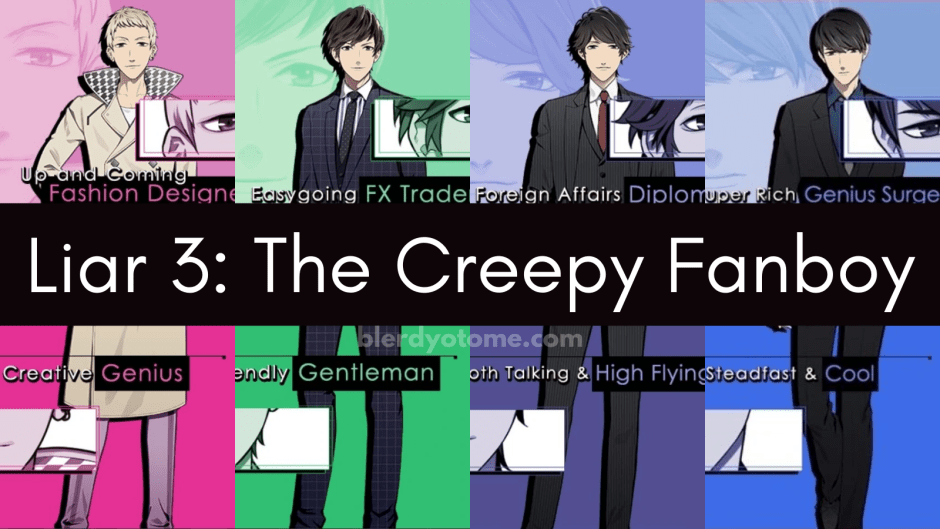 After dealing with the rage-aholic in the 2st Liar arc, I was already on endge when I started the 3rd Liar arc. This time around there were four potential Liars to choose from, Sotaro, Joe, Itaru, and Kunio; and I can say with all honesty, that I did not see this one coming at all, it was dumb luck that I picked the right liar this time around…If you want a spoiler free review click, HERE, if not keep reading! So without further ado, the 3rd Liar, Joe Yazawa.

So I was informed by a lovely reader from Tumblr, that including the Liar’s name in the title is a tad bit spoiler-y, and after I calmed down a bit and thought about it, I realized they had a point. So, I won’t include the names in any of the future review titles.