Hey Blerdy Tribe! It’s Thrifty Thursday!! In a world where it’s all about the almighty dollar, sometimes it’s a little tough to make our pennies stretch enough to accommodate our hobbies. But, there are plenty of ways to balance your budget while still enjoying the things you love, you just have to be a little thrifty about it. So, I created Thrifty Gaming in order to spotlight some lesser known indie titles that are both entertaining an affordable.

Note, these are not reviews, rather recommendations so your mileage may vary with some of these titles. This week’s post will include a brief synopsis and links to each game so you can add them to your gaming library! You don’t have to break the bank to enjoy your hobbies, so save a little bread and check out this week’s thrifty gaming picks!

END_OF_DOCUMENT_TOKEN_TO_BE_REPLACED

A Pinch of Magic is a modern fantasy indie otome game developed by Crystal Game Works for the game jam, Nanoreno 2021. I’ve played a few Crystal Game Works visual novels before and I am always impressed with the creative stories and characters they create (even if the execution is a bit hit or miss), so I was definitely curious to see what the team had in store for us with A Pinch of Magic. In the game you play as Varsha/Varshan a witch tasked with saving their grandmother’s failing coffee shop. Armed only with your magic and a can do attitude it’ll take some serious work to save the family business—lucky for you there are two acquaintances waiting in the wings to lend a helping hand.

END_OF_DOCUMENT_TOKEN_TO_BE_REPLACED 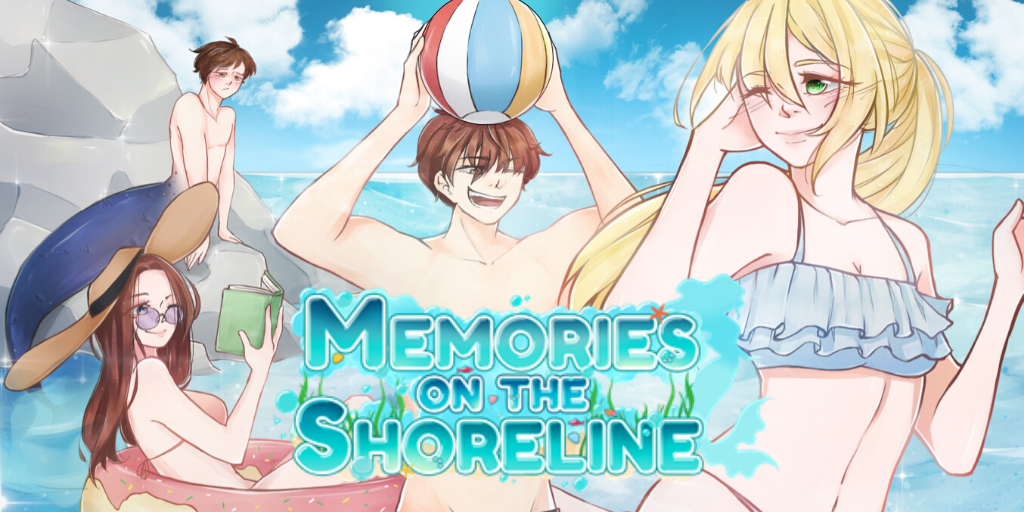 I was first introduced to indie developer Mikomi Kisomi through her urban fantasy visual novel, That Which Binds Us. Its been a little over a year since that release and Mikomi Games, now re-branded as Crystal Game Works just released their newest title, Memories on the Shoreline—a supernatural romance. I’m a sucker for supernatural fantasy, and the prospect of dating a hot merman was just too good to pass up, so when Mikomi sent me a review copy of the game… I made time to play it.

Melody wanted a break from her stressful med classes— so when spring break came around, she dragged her best friend Shion with her to the beach. However, things don’t go quite so smoothly when they meet Brennan, a local fisherman, and Crylis… a mermaid?!

The premise is simple, Melody and her best friend Shion are spending their spring break in sunny Florida, in hopes of getting some much needed down time before falling back into the academic grind. While there Melody meets a handsome fisherman named Brennan, who hints that all is not as it seems in the quiet beach-side town. Later that night, Melody discovers that sirens exist, when she encounters a runaway merman, Crylis. What should have been a normal relaxing vacation is soon made much more exciting with two handsome men vying for Melody’s affections.

END_OF_DOCUMENT_TOKEN_TO_BE_REPLACED

Hello all you wonderful Heroes and Travelers, it’s been awhile, but…. *drumroll* It’s Thrifty Thursday and that means another Thrifty Gaming post, the weekly post series where I spotlight three games/visual novels for gamers on a budget. Whatever your financial situation, I’m here to bring you affordable games that won’t break the bank!! All of the games on this list are $10 or less (does not include limited time offers and sale items), so no more weepy wallets!