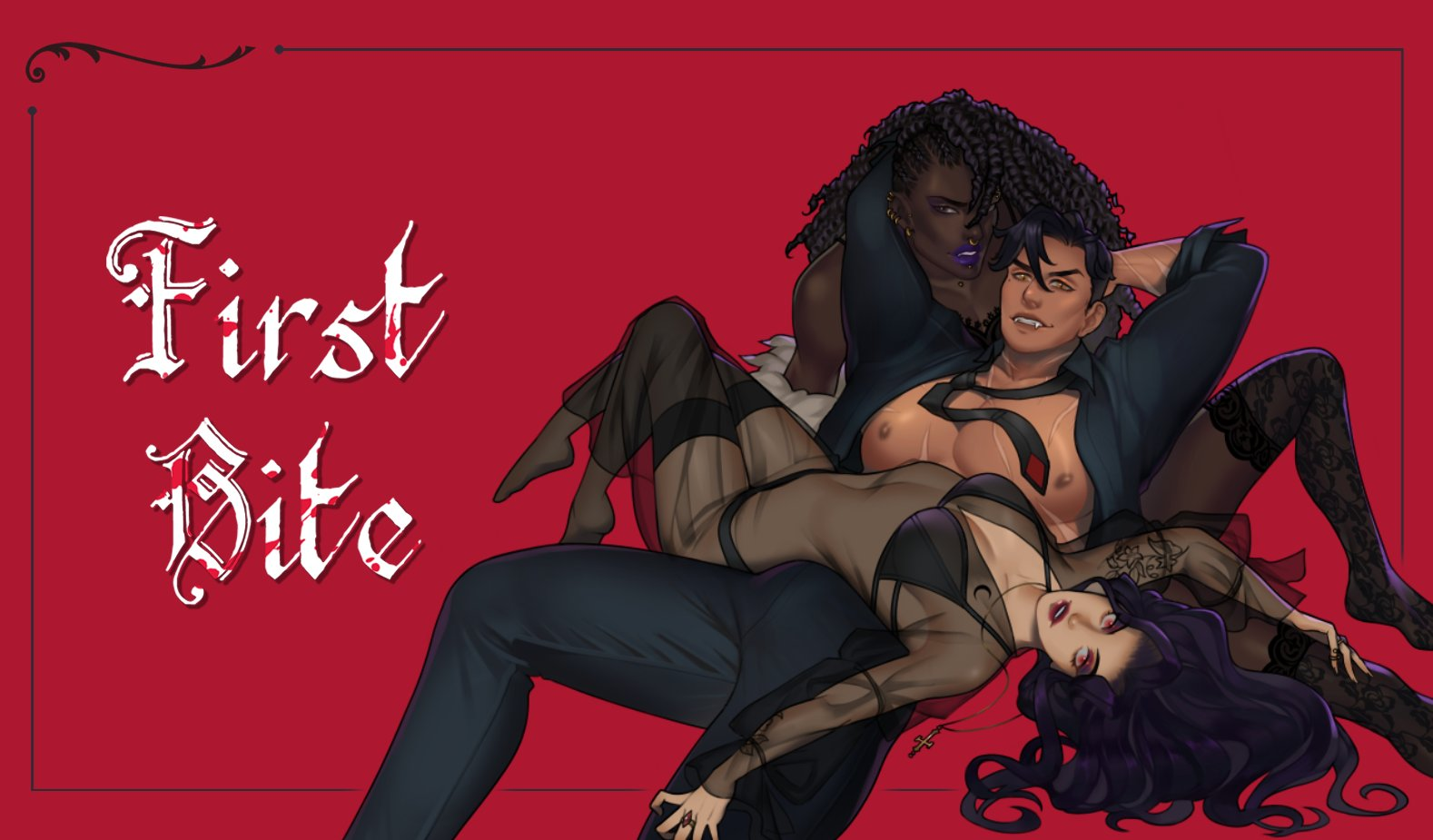 Looking for something with a bit more bite? Check out First Bite the upcoming 18+ LGBTQ+ dark comedy visual novel from First Bite Games–a small indie team made up writers from some of my fave indie projects (When the Night Comes, High Elo Girls, Akash: Path of Five, and Arcade Spirits). In First Bite, you play as Noe, a human fascinated by all things supernatural who ends up in the hands of three centuries-old vampires. What would you do if you had the chance at a second life, after death?

Pre-order the game now, before the November 17th, release date!

Play as Noe, a human and lover of all things paranormal, as they take a chance and enter the strange house on Dead End Drive with the hope that the rumors they’ve heard about its inhabitants are true. There they find Laurel, Ilyas, and Valeria, and they quickly discover that there’s no escape, but not all endings are fatal.

Meet the Characters of First Bite

Laurel (he/they) is pushing 300 and is a lover of Hot Topic, insincerity, and watching their victims bleed out on the floor while they watch TV. He’s also a seasoned connoisseur of the backhanded compliment and a force to be reckoned with. Tread lightly. Or not…

Ilyas (he/him)  is the oldest but definitely not the wisest of the trio, coming in at a solid 2400 years old. Lover of athleisure, Eurodance, lifting weights, and thinking he’s the smartest guy in the room. (Spoiler: he’s not.) He’s big, he’s buff, and he’s loveable as hell, but you don’t want to be his prey. UNLESS…

“All I’m thinking about is shredding your throat like barbecue, so talk fast.”

She might be the youngest of our trio, but Valeria certainly believes she has the upper hand. But don’t let her pretty face fool you, her bite is far worse than her bark. Though… both leave a pretty nasty sting. She’s fucked Dracula, likes poetry, cheating at board games, internet shopping, and warm-blooded murder.

First Bite Games is a partnership between Souha Al-Samkari, Dani Dee, Aenne Schumann, and Kris Wise. They are a small indie team of four developers with a passion for creating narrative-driven games. Souha is known for her work on Akash: Path of the Five and her upcoming game Runner. Dee worked on Alkahest and is currently working on High Elo Girls. Aenne has been a part of the Arcade Spirits series and The World Next Door. Kris has worked on When the Night Comes, Errant Kingdom, and Call Me Under. First Bite is their first game together.