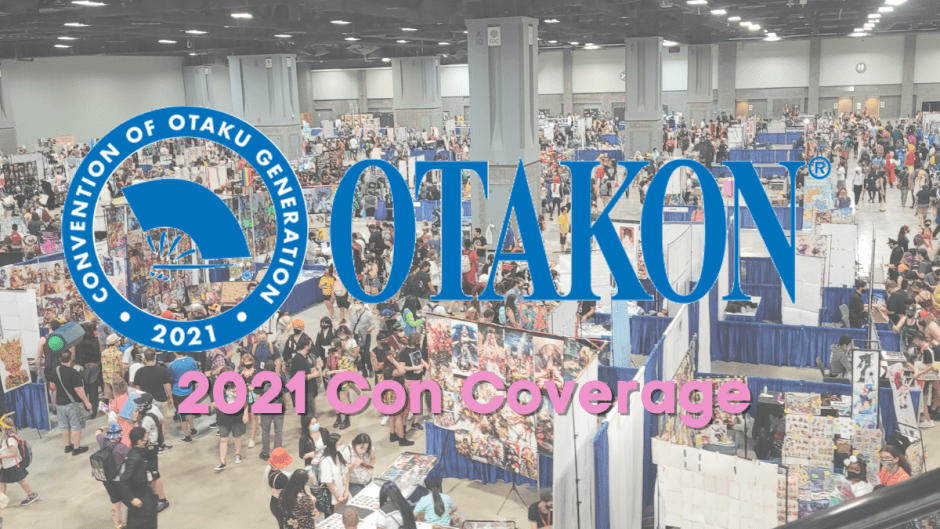 Hey there Blerdy Tribe! It’s no secret that I live in the DMV area and while the East coast might as be iconic when it comes to otaku events, the DC are a does have plenty to do for the nerdy set! Most folks know about the Cherry Blossom festival in the spring, but we also have a handful of premiere conventions! I’ve had the chance to check out the two big anime conventions Katsucon and Otakon both as a regular attendee and as press from other sites. But, in 2021 I was able to check out Otakon as press for myself! Yes, you read that right! Blerdy Otome attended Otakon 2021 and it was such an awesome opportunity!

Otakon is one of the biggest Anime conventions on the East coast and definitely a must for fans of Japanese culture looking to fellowship with their fellow nerds! Of course I have you covered on the highlights of the con, so let’s dive in and check out some of the awesome things you can see and do at Otakon!

The move from Baltimore to DC, definitely made the con much more accessible for me and others in the DMV area. Due to the COVID-19 pandemic, the con was cancelled in 2020, so this year marks the return of the event to the area. Otakon 2021 took place between August 6-8, 2021

Enjoying a Con During a Pandemic: COVID-19 Protocols

So, a lot of in-person events have had to change the way they do things in order to protect con goers and staff. While Otakon didn’t have the most stringent COVID protocols (unlike BlerdCon, there was not Vaccine mandate), however they did require all attendees and staff to wear a mask/ face covering at all times. I appreciated this extra level of safety, even if social distancing at a con is pretty much non-existent.

Cosplay (short for “costume play”) has always been a popular activity at anime conventions. The Masquerade, held Saturday night, allows costumers to perform a short skit on stage to show off their costumes and entertain the audience. It is hosted by an emcee who makes witty commentary during the show as well as introduces the skits written and performed by the costumers. In addition, the Hall Costume Contest offers costumers a chance to have their costumes judged in a non-performance setting. Panels of judges in both contests determine the winners in categories like Craftsmanship, Performance, and Best in Show.

Panels and workshops on subjects such as voice acting or how to draw manga are presented at each Otakon. Experts discuss or show tricks of their trade and field questions from the audience. Guests are often scheduled to appear at panels in order to discuss their work and to take questions from the audience. Panels also host current debate and discussions in East Asian entertainment fandom.

Workshops are a great way for members to try new things that they may not have the resources to do themselves. Professionals and skilled amateurs in animation cel painting, drawing, costume design, and other activities are invited to teach at one of the workshops with the goal of furthering members’ interest and knowledge of East Asian culture.

Artist Alley is a showcase for artists, writers, modelers, crafters, small publishers, clubs, and other small organizations. Where the Dealers’ room is all about commerce, The Alley is all about creativity and originality.

Otakon’s Dealers’ Room is one of the largest in the country, typically featuring more than three hundred dealers. Small shops, major retailers, individual craftsmen, and even Internet-based stores compete for our members’ attention. Most of the US anime and manga industry are represented in some fashion, usually with a sizable official presence.

Because of the pandemic a couple of vendors and artists decided not to attend so there were fewer folks in the Artist Alley and Dealors’ room this year. But, that said there were plenty of booths to blow your budget at–and trust money was spent!

I’d be lying if I said that the pandemic didn’t change Otakon–there was the noticeable absence of the annual dance/rave and the masked faces of fellow con goers and cosplayers are a part of our new normal. But, despite the COVID-19 protocols there is still plenty of fun to be had at Otakon! Otakorp did everything they could to make Otakon 2021 a safe and fun experience for everyone and I think they did a phenomenal job! Every Otakon brings with it new experiences and this year was no different. I had a blast at Otakon and you can bet that I will be coming back again next year!

So, if you happen to be in the Washington, DC area and you’re looking for a place to share your love of Japanese culture, Otakon is the place to be! Otakon 2022 will take place at the Walter E. Washington Convention Center in Washington DC on July 29-31 July!