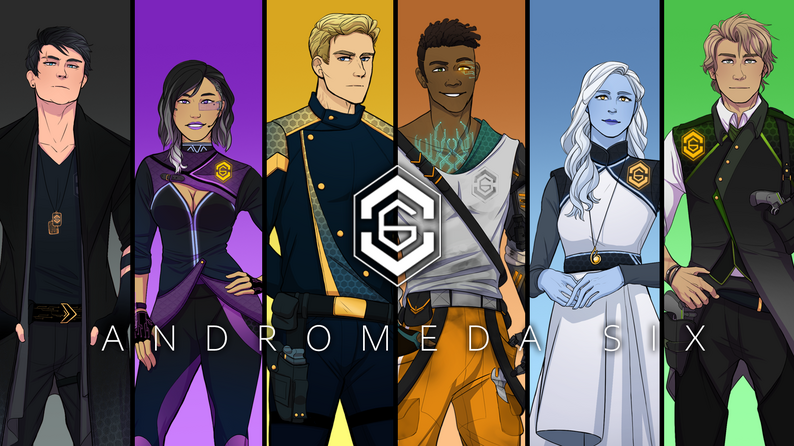 Hey there Blerdy Tribe, it’s Melanin Monday here on Blerdy Otome and that means I’m spotlighting another Melanin Friendly Game! For those of you just joining the party—every Monday I spotlight games that feature Black and brown characters for anyone looking for titles with just a bit more representation. As a blerd and a gamer, I am always on the lookout for representation in my games. This is largely a personal project for me—there are almost no “diverse game” tags on major game sites—so, it can be pretty difficult find games with characters of color… unless you already know where to look.

In last week’s post I spotlighted Later Daters, the dating sim where you play as sexy seniors on the prowl for love~. This week I’m looking at the hilarious adventure game, Andromeda Six from Wanderlust Games.

Set in the year 3025, you take on the role of a lost traveler. With no memory of your past, you wake up on the starship, Andromeda Six, surrounded by its crew of outcasts, each with their own vivid backstory and one common goal.

You must try to recover the pieces of your past to uncover your true identity and purpose, while learning to survive the political turmoil overtaking the galaxy after its recent terrorist attacks.

On your journey you may end up discovering more than what you bargained for, but can you handle the truth of your past or will it end up consuming you? Will you follow the destiny the stars have written for you, or forge a new path?

Andromeda Six is an  LGBTQIA positive episodic cyberpunk visual novel developed by indie game studio, Wanderlust Games. In the game you play as an amnesiac passenger on the starship, Andromeda Six. Everything about you is a mystery, but with the help of the crew of the Andromeda you may be able to unlock the secrets of your past. In Andromeda Six you have the ability to play as a male, female, or non-binary protagonist known as the Traveler, with the option to choose from three different species to identify as in the game—Tilaari, Human,  or Kitalphan. Each species offers a unique background and characteristics that will define your character as you navigate the events of the game. 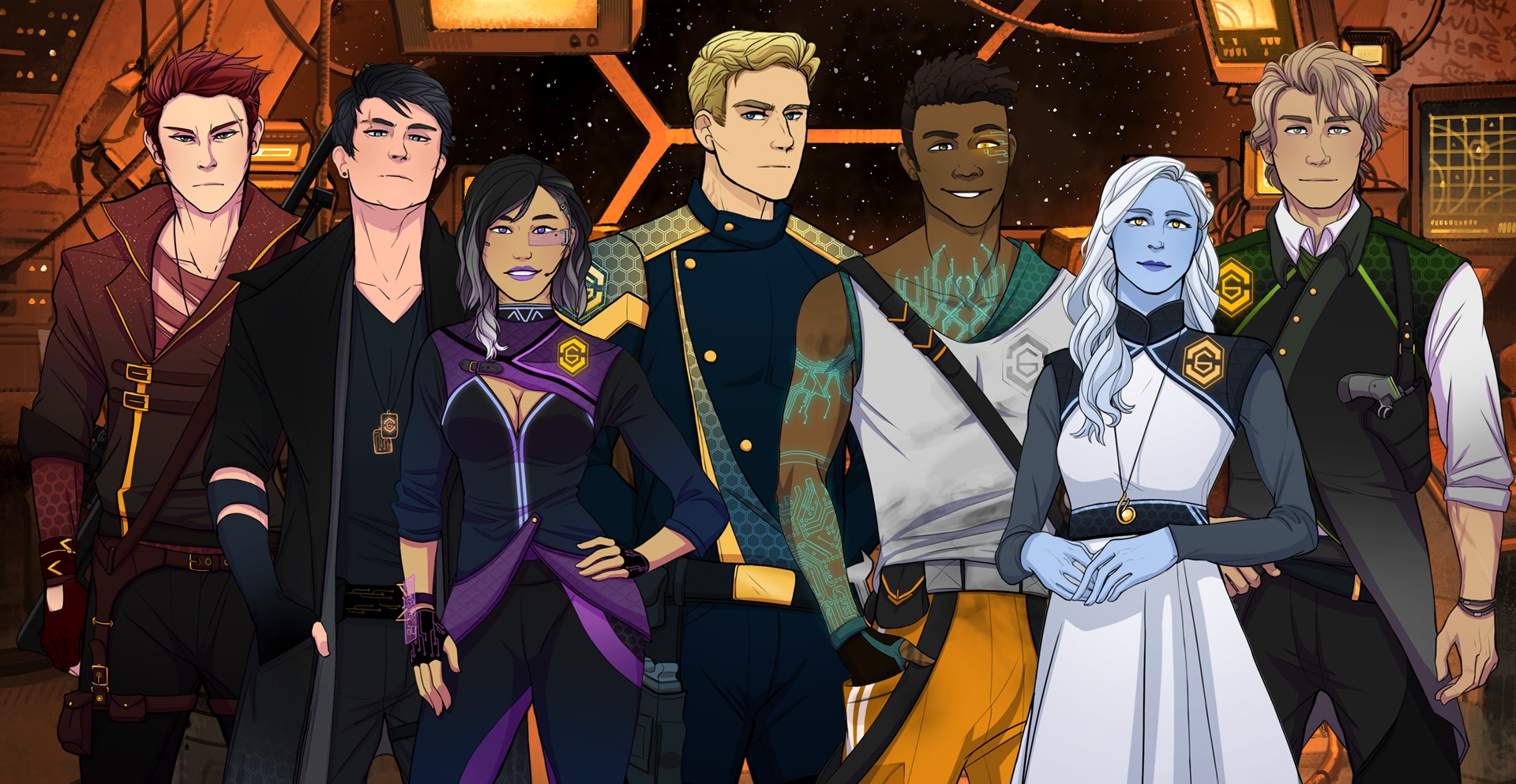 Andromeda Six is an immersive sci-fi adventure full of interpersonal drama and political intrigue. Most sci-fi stories get bogged down with complex lore, but not Andromeda Six—the writers take care to build the worldbuilding into the story, making for a much more comprehensive experience. Because of the POV character’s amnesia, players are given a unique opportunity to learn about the world around them at a pace that is comfortable for them while also not hindering the progression of the story. While you try to piece together your fragmented memories, you must also navigate life on a starship. Get to know the crew of the Andromeda Six, their motivations and uncover the truth behind their pasts.

Andromeda Six features a diverse cast of characters,  all of whom are pursuable regardless of how you choose to identify. From Cameron, the stoic ex-military commander to Ryona the good natured and  nurturing medic to the self-proclaimed geek queen, Ayame… the game is filled with a colorful cast of characters to get to know. But, be warned appearances can be deceiving, and each of the members of the Andromeda’s crew have their own hidden agendas. While the “romance” paths don’t officially start until episode 5, you can spend time getting to know all the characters in turn and determine which of the crew members you most align with. Of course, if romance isn’t your thing you can always keep things platonic without any consequences.

Currently up to episode 4 has been released, but don’t let that stop you from diving into Andromeda Six! I know some folks are a bit wary of ongoing stories (myself included), but Wanderlust Games packs more than enough content in each new chapter to hold you over while you wait for the next update!

You can play the game on Windows and Mac!

Thank you for reading and supporting Blerdy Otome! Have you played Andromeda Six? Share your thoughts! Got a Melanin Friendly Game you think I should spotlight? Send it to me! 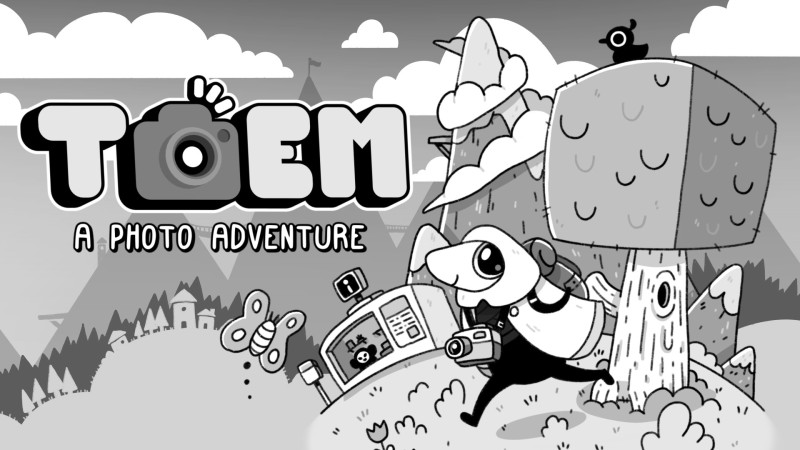