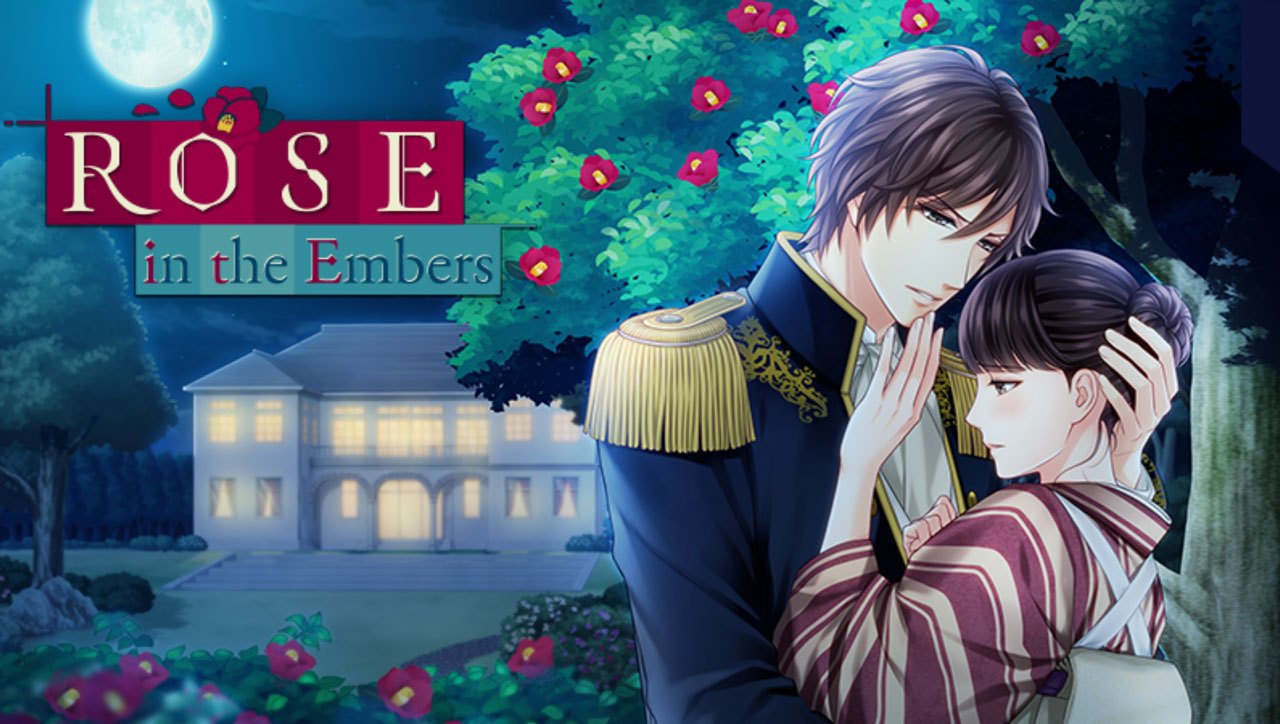 “Our love may be forbidden…

But you are all I want. And with a kiss, the walls that stand between you two crumble to dust…

After the transition from the standalone apps to the Love 365 portal app, I kind of fell out of the Voltage Inc. game for awhile. Since the change quite a few new apps have been released, but among the first new apps was the historical fantasy Rose in the Embers  (Romaji Taishō Roman, Unmei no Hito). This is the third historical romance game from Voltage Inc. following on the heels of Sakura Amidst Chaos and Era of Samurai: Code of Love, which were set Sengoku and Bakumatsu Eras, respectively. However, for Rose, Voltage bumped up their timeline a bit, setting the game during the Taisho Era (1912 – 1926). 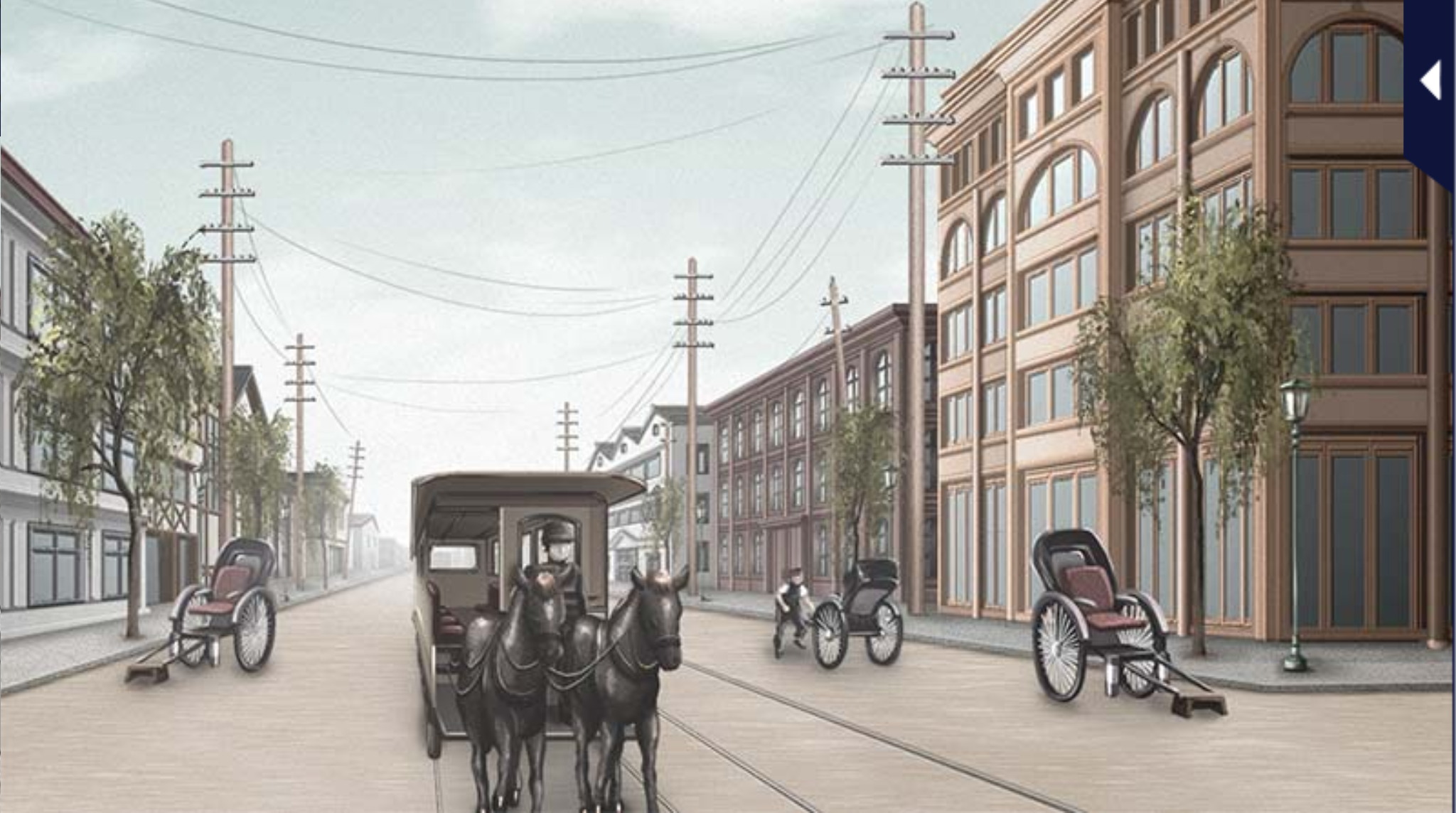 I’m not really a history buff, but from what I gather the time period continued the Meiji Era’s push towards modernization and more western ideals, modeled after the Victorian era. So there’s this unique blend of Japanese fashion and ideals meshed with the more “modern” Western ideals, which makes for a visually interesting story. So, I was pretty optimistic when I loaded up the prologue in the Love 365 app…

After your father falls ill, you set out for the city in search of work, in order to help support your family. You find work at a local inn that caters to the city’s elite and your new employer even offers to pay you up front! Overjoyed by you good fortune you make your way to the capital to start your new job as a maid. But, when a guest attempts to have his way with you, you realize that the city is full of terrible people and flee the room. During your escape, you run into a wealthy Lord who offers to save you, buying your freedom. So begins your clandestine love affair…

The game has five potential love interests to choose from, each of course being a person of note in the city. And of course I have my favorites already: Takahashi Togo, because I am weak to cold aloof types and Tsukumo Kobayakawa, for obvious reasons.

So, Rose in the Embers is pretty much Kissed by the Baddest Bidder set in the Taisho Era, both games are pretty much indistinguishable from one another: Both MCs are maids in a hotel/inn, they get in trouble and end up being saved by a ridiculously rich man who pays an exorbitant amount of money for them. They then have the option of “working” for said guy or choosing one of his friends who are equally powerful/wealthy. Tell me this isn’t the same game… I dare you! The only marked difference between the two games, aside from the setting, is that KBTBB alluded to Alice’s Adventures in Wonderland, while RITE is set up to be a Cinderella story. It’s alluded to a few times during the prologue; the first time the MC meets Kyosuke she is covered in ash and soot, prompting him to lend her his handkerchief, later on one of the guys literally calls her Cinderella, hell the title is an allusion to the famous fairytale!

So far, after playing through the prologue and the free first chapters of Kyousuke’s, Tsukumo’s, and Takahisa’s routes, I will admit that the game has piqued my interest. I am a huge fan of historical romances, having loved both Sakura Amidst Chaos and Era of Samurai: Code of Love, but, where those titles were loosely based on actual historical figures, Rose in the Embers appears to be a wholly original concept, which should allow for more flexibility with the storytelling since they don’t have to worry about “historically accurate representation” at least where the characters are concerned. I do like that there are a wide array of personality types and professions among the potential romance options, we’ve got a noble, a writer, an artist, a military man, and a small business owner… Granted, they also all fit within the usual Voltage Inc. archetypes; the alpha male (Kyosuke), the cool/aloof stoic (Takahisa), the flirt/womanizer (Misao), the cynic (Tsukumo), and the mature man (Atsuro). But, I’ve been surprised by Voltage before, so I’m hopeful.

All in all, I’m definitely going to see this one through and I’ve already purchased Main Stories for Kyosuke, Takahisa, and Tsukumo. If I like those three, I’ll consider buying the rest, but for now, I’m pretty optimistic about the game, since this will be my first Voltage game since Irresistible Mistakes.

What do you think about Rose in the Embers? Which guy are you most looking forward to? Have you played any other Voltage games? Do you have a suggested route? Want me to review a specific game or character? Let me know what you think in the comments section. If you like what you see, like this post or follow Nice Job Breaking It, Hero! As always THANK YOU FOR READING!!

5 thoughts on “[First Thoughts] Rose in the Embers”