I’m a day late and a dollar short, I had a busy weekend, what with the holiday and all, so I didn’t really get a chance to write much of anything… maybe I should have planned these posts out in advance…. nah.  But, that’s okay, we’re gonna keep this Haikyuu train rolling along anyway! 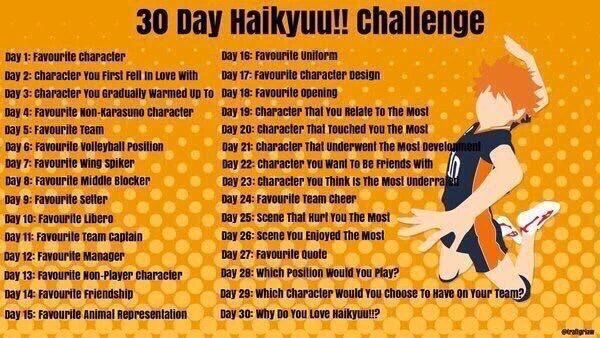 So for the Day 4 prompt I’m supposed to write about my favorite non-Karasuno character… I guess the challenge creator knew that if left to their own devices most folks would just write about the characters from Karasuno and neglect everyone else. But, can you blame them? Karasuno has some fantastic characters! But, alas, I’ll have to ignore them for the time being, so, my favorite non-Karasuno character is…. 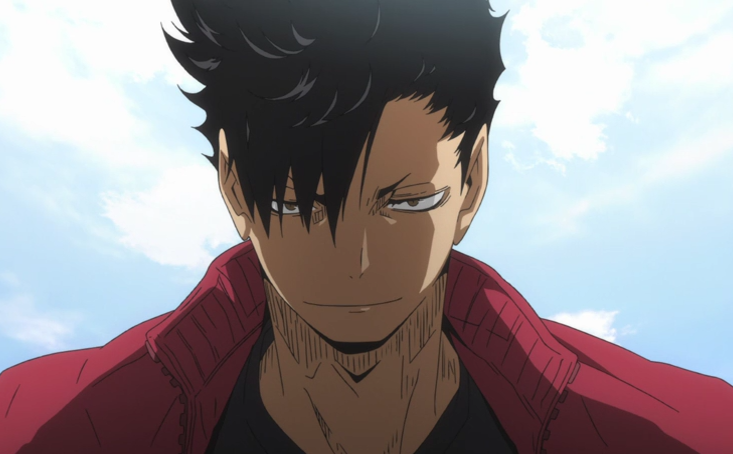 I will admit that this is definitely not a great picture or Kuroo Tetsuro, but I’m already late enough with this post…. *ahem* My favorite non-Karasuno character is Nekoma’s captain, Kuroo Tetsuro!

I mean, what’s not to like about the guy? He’s a laid back guy, who knows how to have fun, but when he’s on the court he’s a force to be reckoned with. Known as the “scheming captain,” Kuroo is a highly perceptive and skilled player, able to out think most opponents. He also adept in provocation, a skill that he uses to throw off his opponents during matches. As one of Nekoma’s middle blockers, Kuroo mostly takes on a defensive role on the team, he is a skilled blocker able to easily block spikes from some of the highest ranked spikers in Japan.

But despite his cunning nature and playing ability, Kuroo is generally a good-natured guy who cares deeply for his friends and teammates. He is more than happy to help out fellow middle blocker and “rival” Tsukishima during their training camp, despite the fact that they are on separate teams. He’s just an all around stand up guy, you just can’t help but like the guy, even though he’s technically one of Karasuno’s rivals….Oh, and did I neglect to mention that he is absolutely gorgeous?! LOOK AT HIM!! He’s a saint! 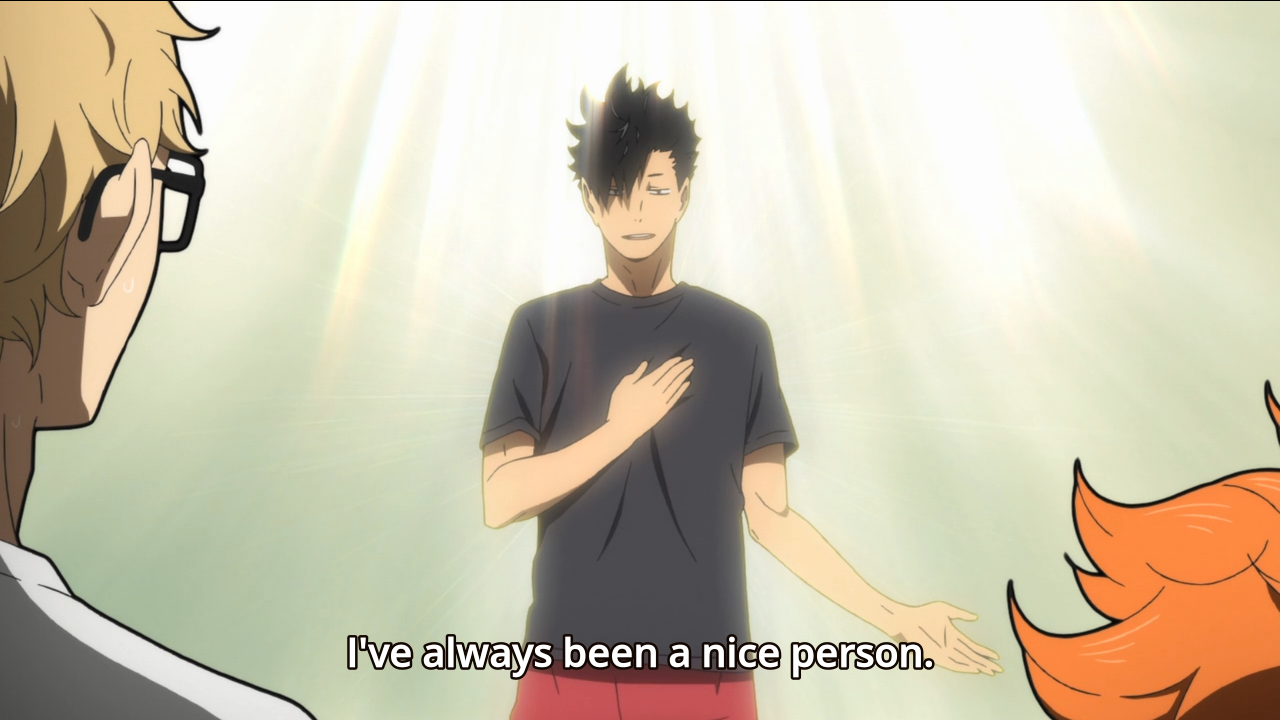