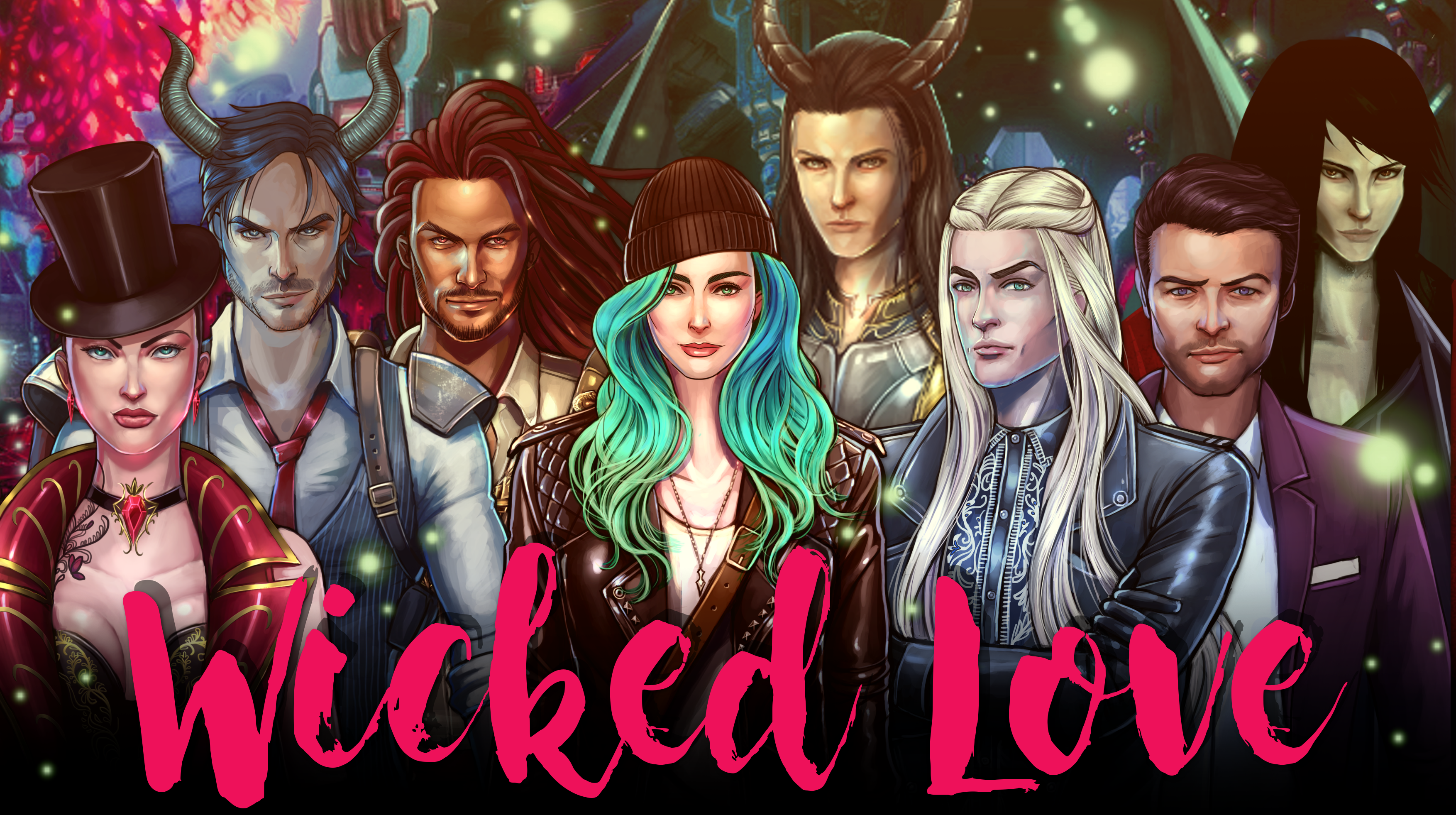 There was a bit of controversy surrounding this game and the developer. After receiving the funds from the Kickstarter campaign the creator stopped responding to backer messages and took down all of the sites associated with the project. Wicked Love is believed to permanently canceled.

Wicked Love is an upcoming GxB/GxG supernatural romance visual novel from indie English developers Spirit Kinder Games. The game blends elements of various underworld mythos with that of the biblical seven deadly sins, for a wholly unique story of love, desire, and adventure.  Upon it’s release the game will be available for Windows, Mac, Linux, and Steam, however for the time being the demo is only available for Windows. The demo is pretty short covering roughly 30 minutes of gameplay. 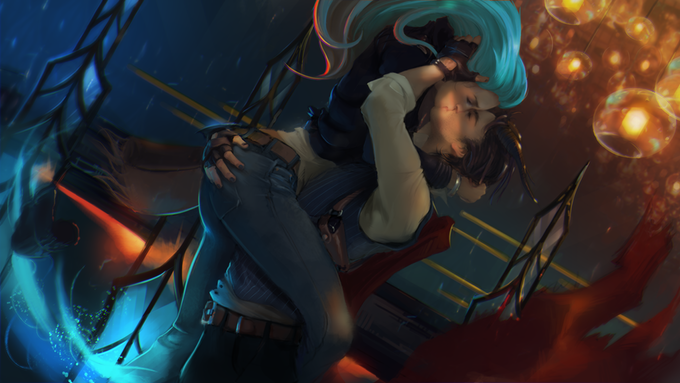 So this is a special collaboration demo review that I’m doing with my bestie, Bishie! She runs a phenomenal Let’s Play channel over on YouTube and in honor of her reaching 100+ subscribers, we decided to do double reviews… She’d do an LP on YouTube and I’d write a review over here on WordPress, you can watch her LP for Wicked Love, HERE! It’s so good, her voices are perfect for all of the characters, so definitely check that out!! So with out further ado, my review of the demo!!

The player controls Eerie Bones, an eccentric human woman with plenty of moxie who mysteriously wakes up in a house called Limbo in the captivating underworld city of Tartarus, a city divided into 7 different districts, each one is heavily plagued by a different sin.

Without knowing how or why she ended up in Limbo, Eerie finds out she only has 100 days to prevent a rather grim fate. You will decide Eerie’s destiny as you make difficult choices, solve puzzles, and develop relationships with the denizens of Tartarus. With 7 different romance options (including a same sex option), 21 different endings, and an unlockable secret path, plenty of easter eggs, can you uncover the mystery surrounding Eerie’s fate?

When I saw this game, I was immediately captivated by the gorgeous art work! The style is similar to that of Aeon Dream Studio’s Mystic Destinies, which I absolutely adored, so Wicked Love was already starting off on a positive note. Visually this is a stunning game, everything from the GUI to the backgrounds to the individual character sprites are pleasing to the eye and the semi realistic style works well with the ethereal setting of the game. However, I was a little disappointed at how static all of the sprites were. I really would have liked to see at the very least some versatility in the character’s facial expressions, but it wasn’t enough to detract from my overall enjoyment of the demo.

But the biggest highlight for me were the characters themselves! Each character sprite is beautiful rendered in rich detail, I’m trying not to fangirl here, but, I can’t get enough of the seven Demon Lords! Even though we don’t get that much time with the characters in the demo, their overall designs speak volumes about their personalities and hopefully their portrayals in the final version of the game! I’m also excited to see that there is also a woman included among the potential love interests, especially when she’s a hot mama like Gillian!

Speaking of hot mamas, the protagonist, Eerie is a phenomenal leading lady! She’s sassy, strong, and just plain gorgeous! She doesn’t take a backseat to the other characters, Eerie commands respect and I am thrilled to have an MC with some personality! I absolutely loved her interactions with the other characters, namely Watcher, their back and forth was hilarious. She definitely knows how to hold her own against these powerful supernatural hotties. Like most demos, there just isn’t enough time to showcase every planned character, but Spirit Kinder Games did a pretty great job of at least introducing us to the major players in Wicked Love.

Out of the eight planned love interests, the demo really spends the most time with the Demon Lord of Sloth, Watcher. I absolutely LOVE Watcher, and not because he looks like Misha Collins, though that does work in his favor. I’ve also got my eye on Asher, the sexy Demon of Lust, and is it me or does he look a little like Ian Somerhalder?! Of course that doesn’t mean that the other characters aren’t great, far from it, I just need to spend a bit more time with them before I can form an honest opinion about them one way or another. Oh, and thank you, thank you, THANK YOU for including a sexy fine brown skinned man as one of the available love interests! I get excited whenever I see melanin in my romance games!!

Last but certainly not least, the writing in the demo was definitely well done! The premise is not something I have encountered before is an otome game, so this was a welcome treat! The story was easy to follow and free from any noticeable grammatical errors or awkward phrasing. The dialogue between the characters was clean with just enough wit and charm to keep the player emotionally invested in the story. There were a handful of choices throughout that lead to several “endings”, and yes a majority of them were “You’re Dead” ends… I would know I got them all, before I even landed the favorable Watcher end, but I really had a lot of time playing around with the choices and the short mini game!

There were also some interesting plot elements brought up in the demo that I would like to see further explained in the final release: How did Eerie end up in Tartarus? Which of the Demon Lords is responsible for her arrival in Limbo? If Watcher wasn’t a mortal in the past like the other Lords, then what was he? (My guess is that he was an angel :P) There are plenty of mysteries to uncover in the future and this demo did a fantastic job of setting everything up!!

This is definitely one of the shorter demos that I’ve played, clocking in at around thirty minutes, but for such a short demo, it sure does pack a wallop!  It’s dark, it’s gritty, but there is a subtle vibrancy to the overall design of the game that sets the stage for this supernatural romance. With it’s gorgeous artwork, fantastic premise, and unique cast of characters, Wicked Love promises to be seductively sinful experience!

There are still a few days left in the Kickstarter campaign so please, check that out and show your support, either by pledging monetarily or by sharing the campaign on social media!! You can also contact Spirit Kinder Games on Social Media through the following channels: