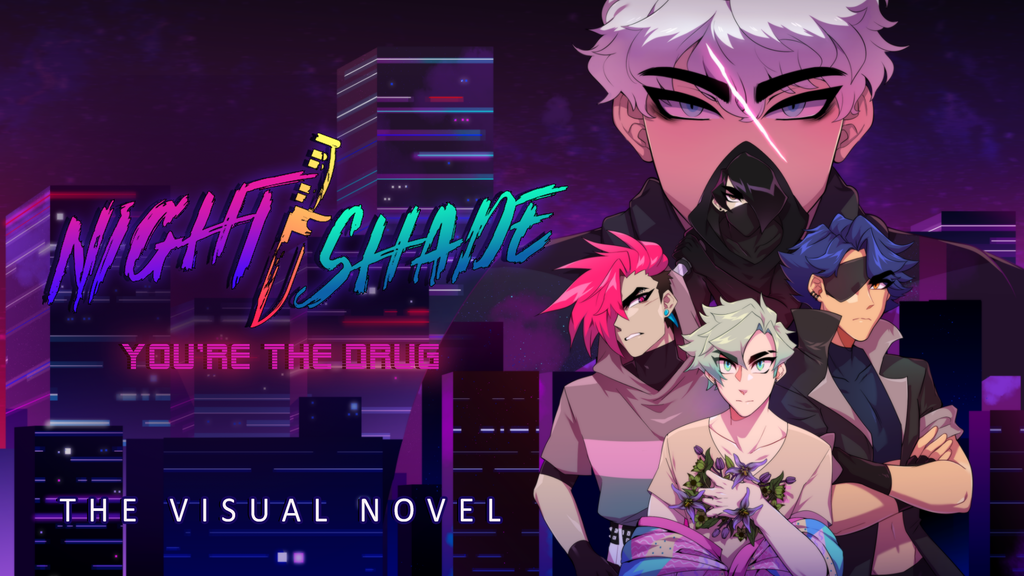 NIGHT/SHADE is an indie 18+ futuristic thriller, boys love visual novel developed by Thrill Switch Games. I played the demo last year during the Kickstarter campaign and I fell in love with the story and characters, which definitely gave me some Dramatical Murder vibes. Follow Sasha, a drug dealer who finds himself in the middle of a power struggle between two dangerous and powerful crime syndicates.

END_OF_DOCUMENT_TOKEN_TO_BE_REPLACED

NIGHT/SHADE (not to be confused with this Nightshade) is an upcoming 18+ cyberpunk BL visual novel developed by indie studio KingAsphy. This is the team’s first project and from what I’ve seen so far it definitely puts me in the mind of some of Nitro+Chiral’s works, particularly DRAMAtical Murder.

Set in 2040 in the fusion city of Sobena, NIGHT/SHADE takes us on a trip into the neon lit underworld of the city; where crime syndicates own the streets and back alley deals and strange murders are the norm. The only way to survive is to either turn a blind eye to the unsavory goings on of the city or become one with the city’s dark underbelly.

KingAsphy launched a Kickstarter campaign for the game and there are just a handful of days left to fund the campaign and they are soooo close to reaching their goal! There is a short demo available, so I decided to give it a look see and if it’s worth throwing my money at (spoiler alert: totally worth it).