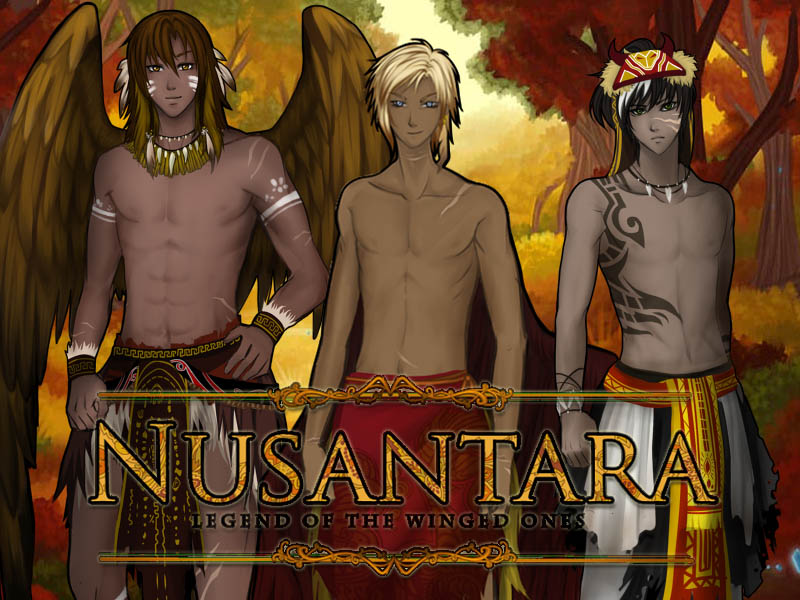 It’s Black History Month, and while I’m a week late to the party, I wanted to do something special to celebrate and what better way to do that than to flood your timelines and readers with Melanin Friendly games?! Diversity in games has certainly gotten better over the years, and as a Black woman and a gamer, I really appreciate seeing more and more developers including narratives that focus on characters that look like me. I’ve written about representation in games before, focusing mostly on indie games and visual novels, since they tend to have more inclusive casts of characters and narratives. I wrote a post last year spotlighting a list of visual novels and otome games that featured Black and Brown characters in prominent roles and I want to kind of expand on that. Every day I’ll write mini reviews of games that I’ve found that have characters of color at the forefront.

First up is the fantasy romance visual novel, Nusantara – Legend of the Winged Ones from indie developer, Sweet Chiel. The game follows Tamara, a young woman who is transported from the present day into the past—a world of myths and legends. Embark on a journey into the unknown, as you are thrust into the ongoing conflict between the Sakma, a race of winged people and their enemies, the ruthless Komodo.

END_OF_DOCUMENT_TOKEN_TO_BE_REPLACED

Hello all you wonderful Heroes and Travelers, it’s Thrifty Thursday and that means another Thrifty Gaming, the weekly post series where I spotlight three otome games/visual novels for gamers on a budget. Whatever your financial situation, I’m here to bring you affordable games that won’t break the bank!! All of the games on this list are $10 or less (does not include limited time offers and sale items), so no more weepy wallets!