Tag: My Only Sunshine

My Only Sunshine Review – A Romance VN That’s Out Of This World!

I absolutely love NaNoRenO because it gives up and coming developers the opportunity to make their debut in the game development world and bring their own unique ideas to life. These are usually smaller projects put together by a much smaller team, however, I’ve played quite a few NaNoRenO games in the past that are on par (if not better than) some bigger name commercial releases. You never quite know what you’re going to get with a NaNorenO title, but you can always be sure it will be a one of a kind experience.

So, when Yoshibb reached out to me about their NaNoRenO 2019 entry, My Only Sunshine I was more than happy to give the game a look since the premise was quite unlike anything I have ever seen before: A romance fantasy visual novel involving humanoid versions of the planets. I was intrigued. I’ve played otome games where you date representatives of astrological signs, gods and goddess, but never planets.

Once every millennium, Sun holds a huge gathering of the planetary spirits. While Sun has found herself down in the dumps recently — including a relationship with Terra (Earth) that is on the rocks and what she now considers a largely mundane, solitary existence — she hopes that the get together will brighten things up. However, after Terra ruins her event with his reckless behavior, Sun decides it’s time to play the field and chooses a new planetary partner.

END_OF_DOCUMENT_TOKEN_TO_BE_REPLACED 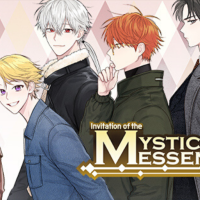