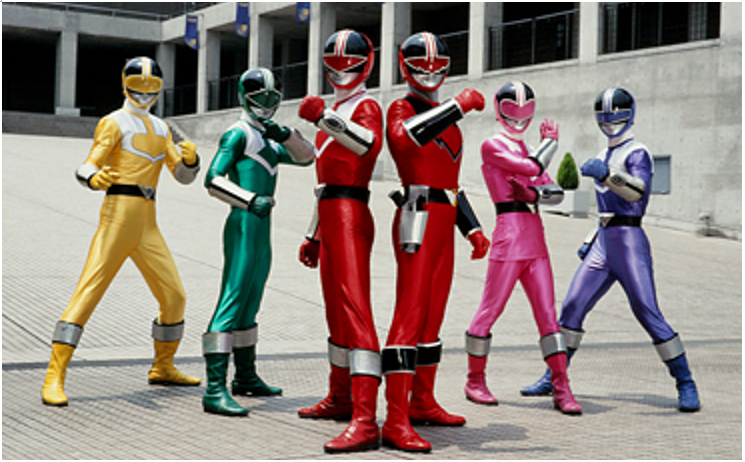 TGIF and Happy Friday the 13th! Here we are again with another Fangirl Friday! This week I’m doing something that’s one part childhood nostalgia and one part full blown otaku… The Super Sentai Series!

For those of you unfamiliar with the Super Sentai series,  here’s a brief overview… Super Sentai is the name of a long running Japanese superhero themed television series, following the exploits of the Super Sentai who protect the balance between good and evil. Teams members typically wear different colored suits and have a corresponding theme tied to their powers. Teams usually consists of five members, but there have been smaller teams.The Super Sentai use an arsenal of weapons to take down baddies, but what they are most known for are their giant Mecha, which they use to battle enemies, usually during their final showdowns! Oh yeah…and did I mention that the Super Sentai series is the inspiration for the Power Rangers? No, maybe I should have started off with that… Currently there are 40 different Super Sentai shows.