Edit (10/31): The Kickstarter for this game failed to achieve the necessary funds by the deadline. As of right now there has been no additional news about future plans for this title!

It’s October and folks are already getting into the Halloween spirit, there are tons of supernatural and horror themed content on the way and I am here to bring you one more!! I know I’m late with this (again), but better late than never… So this time around I am covering a Kickstarter campaign for an upcoming Halloween themed otome game from Maimie’s Toybox, Mindless Box!! 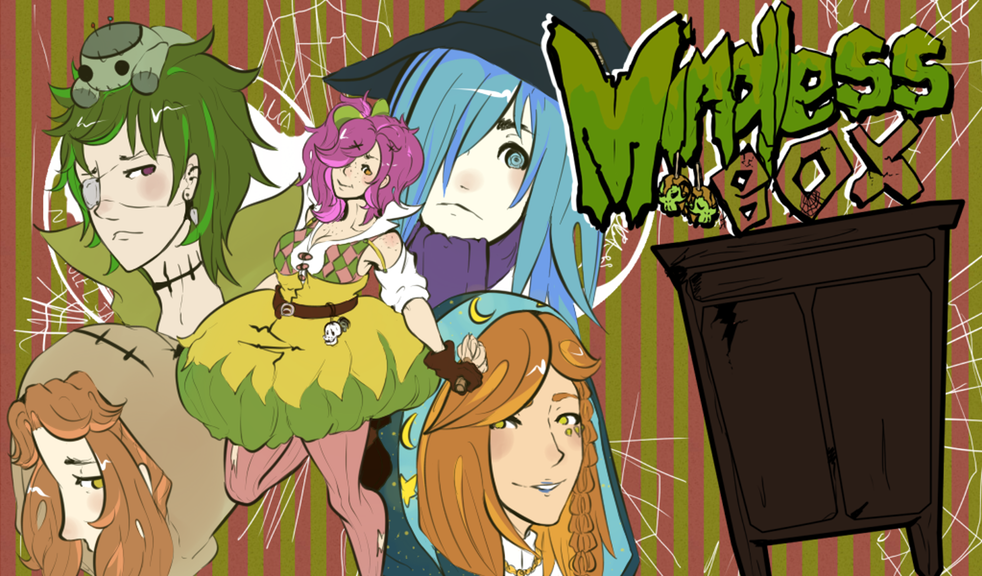 The concept for Mindless Box was developed by Gabicho, the sole member of Maimie’s Box and has been in development for a few years now. There was a demo released back in 2014, but final release will a complete overhaul of the previous project.

*Disclaimer: The images in this post belong to Maimie’s Toybox.