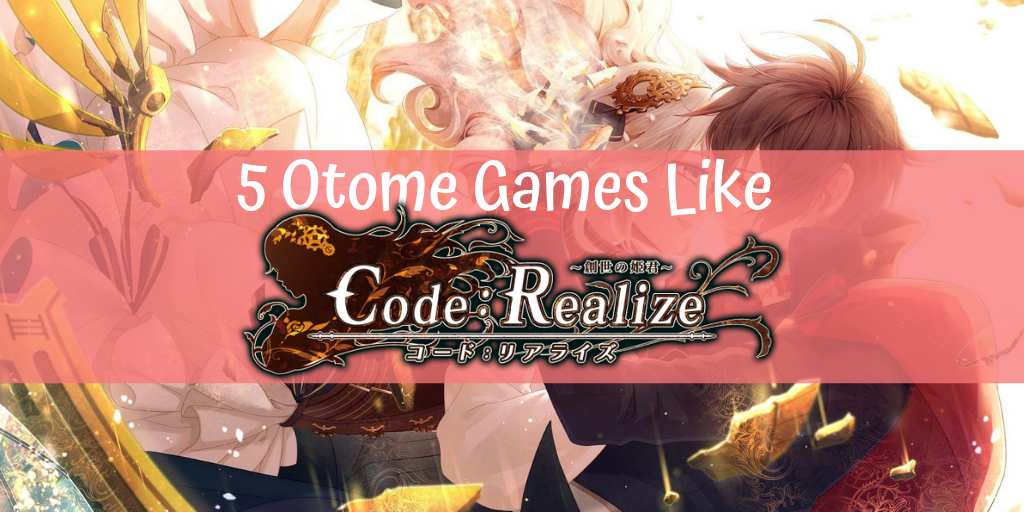 It’s been a long time since I popped out one of these Games Like posts. Part of me wants to say the delay was brought on by real life obligations, but really I had a hard time thinking of games like Code Realize. I ran the twitter poll back in October, but this post has been sitting in my drafts these past few months because I wanted to pick games that really did Code Realize justice (and fingers crossed that I actually did that).

Hey Hey!! I know it's been awhile, but I need your help picking an otome game for my next post!

Last time I wrote a list of 5 Games Like Collar x Malice and this time around I’m bringing you guys a list of 5 games like Code Realize. For those of you unfamiliar with the game, Code Realize is a steampunk fantasy, featuring a cast of characters based on famous literary and historical figures. Code Realize was developed by Otomate for the PS Vita in 2014 and later released internationally in 2015. In the wake of the fall of the PS Vita, Code Realize has made the move to the Nintendo Switch. The game follows Cardia—a young woman whose body produces a deadly poison that melts anything she touches—spends her days in an abandoned mansion to protect others from her affliction. Labeled as a monster by the locals, Cardia resigns herself to a life of loneliness until Royal Guards break into the mansion and attempt to capture her. She is saved by infamous gentleman thief Arsène Lupin, who promises to help her find her father, the only person who might be able to remove the poison coursing through her veins.

Code Realize has been universally praised by otome fans for it’s immersive story and well developed characters. It’s definitely a stand out among otome game titles, managing to balance romance and good, solid storytelling. So if you’ve played Code Realize and you’re looking for something similar to dive into, here are five game titles that are sure to hit the spot! I tried to go with games that have the same feel as Code Realize and not so much a play by play clone of the game. So, they’re not exactly the same, but, they definitely capture the spirit of the game.