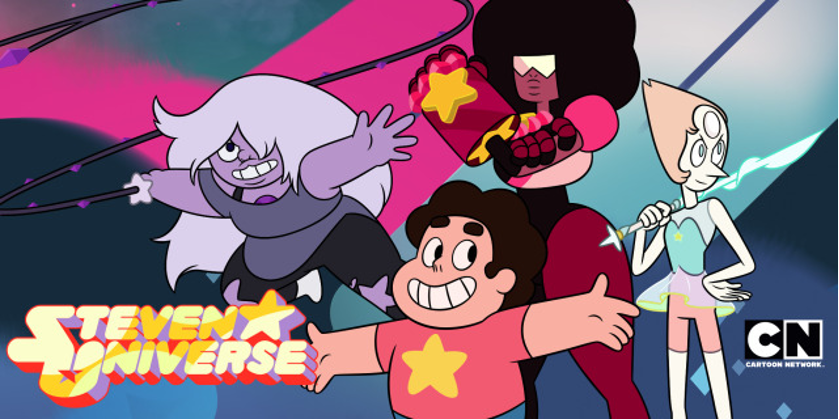 TGIF! Here we are again with another Fangirl Friday! This week I’m covering an American cartoon series, Steven Universe. I absolutely adored this series from the first episode and every episode since then reminds me just how awesome of a series this is! If you haven’t heard about Steven Universe, you are missing out! This show has it all, and it is refreshingly progressive for a children’s show covering a wide range of topics such as; grief, same sex relationships, and death to name a few.

The show was created by Rebecca Sugar, the former storyboard artist another Cartoon Network animated series, Adventure Time. She was also the storyboard artist 2012 computer animated feature film, Hotel Transylvania. On top of all of that she also produces the songs for the  show…which are awesome!!!