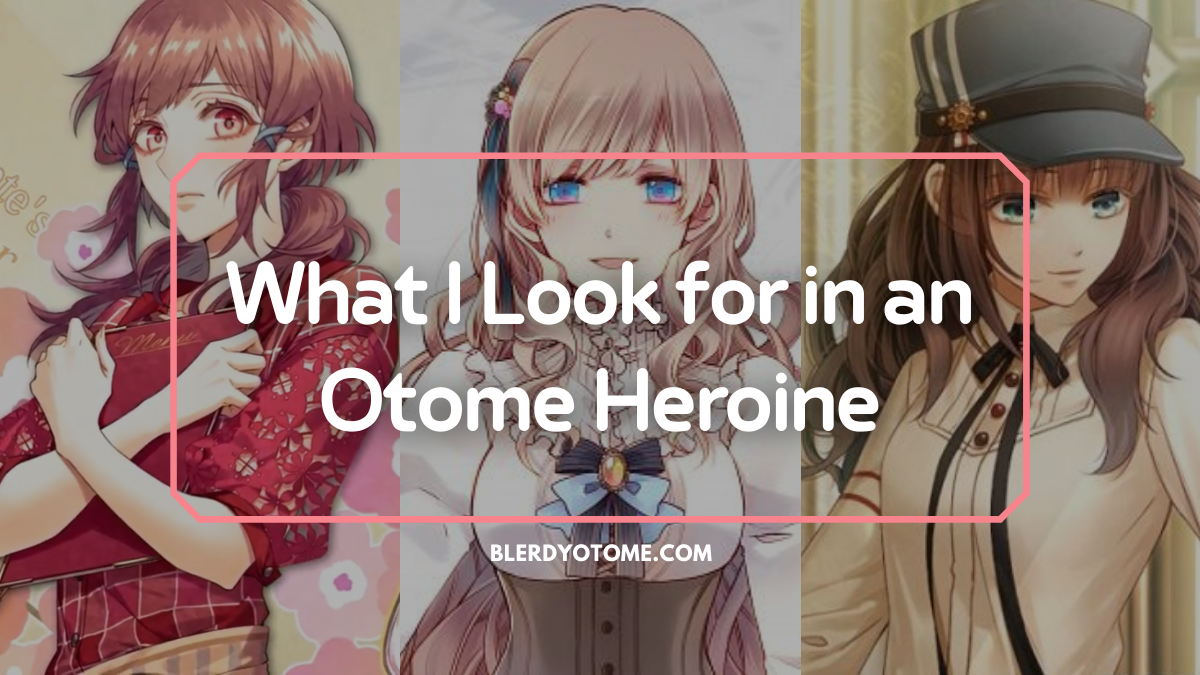 Over the years there has been a lot of discourse surrounding otome heroines. In the early days, otome heroines were pretty bland, sweet and demure, but otherwise nondescript. I mean, when a character’s entire purpose is to be a stand in for the player, it makes sense that they’d be a bit lacking in the personality department. But, in recent years there has been a shift in the types of heroines we see in otome games, with many writers giving them a much more defined personality and motivations. Heck, in some cases like Saki from Sweet Fuse, the heroine is a much more interesting character than the actual love interests!

Of course, there’s the other side of the spectrum, where a heroine can be a bit too much to the point of being unlikable. In the Voltage game Liar Uncover the Truth, the heroine is a smart, confident career woman, with a clear vision of what she wants in a man–all amazing qualities to have in an otome heroine–and at first, I LOVED her. But, as the story progressed her impossibly high standards made her less and less relatable… and by the end of the game I found myself rooting against her.

Heroine characters are more a reflection of feminine ideals and as women’s roles in society change so too do our expectations of how female characters should be portrayed in our media. So it’s important to keep abreast of changing norms when crafting female characters, especially those in media targeted at women. It’s about striking a balance between the fantasy that otome games provide and the reality of how women identify themselves. So, that got me thinking about the qualities I look for in my otome heroines and thus this post exists.

I Like a Gal with a Sense of Humor

An otome heroine that isn’t afraid to joke around or even tease her lover is my ideal; there is something really endearing about a heroine that knows how to laugh! Arisu from Taisho x Alice is one of my favorite otome heroines because she knows how to have fun, actively teasing her LIs and even getting in a few really good one liners! She really made the series for me and sometimes that’s all it takes to really make a game.

I don’t want a heroine that just wait on the sidelines while the men folk head off to battle… NO! I want a heroine that is right there on the frontlines taking care of business! There is nothing cooler than an otome heroine taking down baddies right alongside the LIs. In Collar x Malice, Ichika is a trained police office she doesn’t just let Yanagi and co take on Adonis alone–she’s right there in the trenches with them and she even shoots criminals!

I Like a Gal that is accepting of others

Balance is key, and while I like a gal that can kick ass, I also like it when a heroine is compassionate towards others. Not every situation requires brute force and it takes a truly remarkable person to know when showing kindness is the right move! Kotone from Cafe Enchante is the perfect example of this–she treats everyone the same regardless of if they’re a regular human or a Demon King from an alternate dimension. In her eyes everyone is the same and should be treated with respect and kindness…

I Like a Gal with a good head on her shoulders

Don’t underestimate a heroine with a good head on her shoulders–a clear, level headed woman who solves the problems the boys create! I absolutely love it when the heroine is the smartest one in the room and the heroine that is the epitome of intelligence is Saki Inafune from Sweet Fuse. When trapped in an amusement park full of horrors, she doesn’t panic, no, she uses her intuition and her wit to solve every puzzle Hogstein throws at them and at the end of the day it’s her quick thinking that saves the day!

I Like a Gal that is allowed to be vulnerable

I know most folks favor otome heroines that are “strong”, but there is something to be said for a well rounded character that isn’t perfect. Someone that has moments of weakness, but doesn’t let that define who they are. Moreso than the other characters in an otome game, it’s that vulnerability that makes otome heroines so relatable.

Heroines like Cardia from Code Realize, who starts off with very little knowledge about the outside world and gradually works to better herself. She learns combat skills from Van Helsing, alchemy from Victor, the art of subterfuge from Lupin, and more over the course of the story. She acknowledges her shortcomings, but she doesn’t let them hold her back and that more than anything is the quality I love most in my otome heroines.

11 thoughts on “What I Look for in an Otome Heroine”