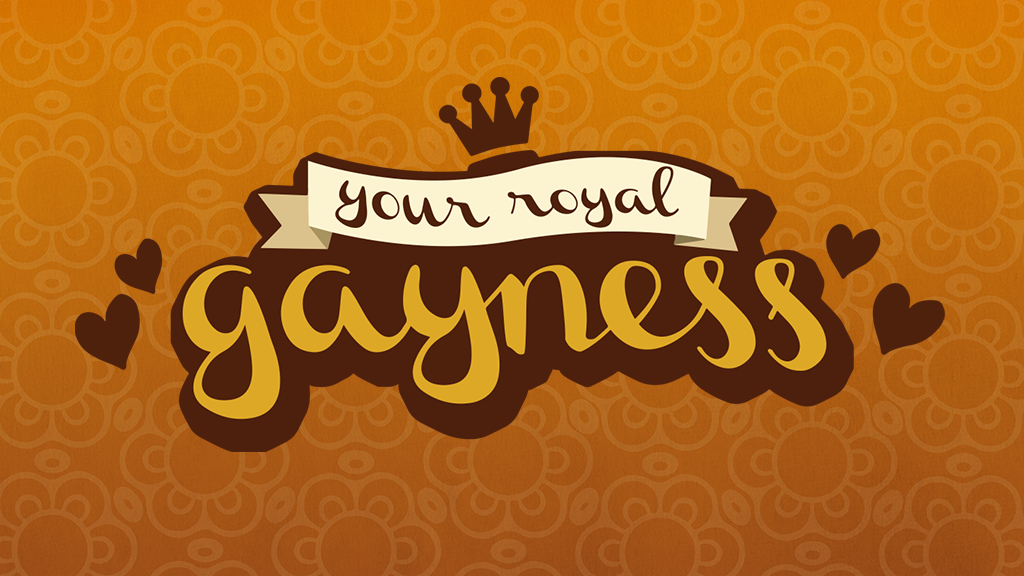 Edit (4/6): The Kickstarter for this game was successful at meeting its funding goal. The final funding amount was $7,040 with 364 backers! The game now has a tentative release date of Late 2017!

Hey hey guys I’m back with yet another Kickstarter campaign, that I stumbled upon last week, and while this isn’t just a visual novel in the traditional sense, the unique LGBTQ themed story definitely reflects the ideals and values of the developers! I’m talking about the upcoming PC LGBTQ themed visual novel/resource management game Your Royal Gayness from Lizard Hazard Games!

I’m not going to lie, the title is really what first caught my attention, and I’m glad it did, this looks like it’s going to be a fun game. And as I’ve said before, I’m excited to see another LGBTQ game in development, we need more unique titles like this on the market!