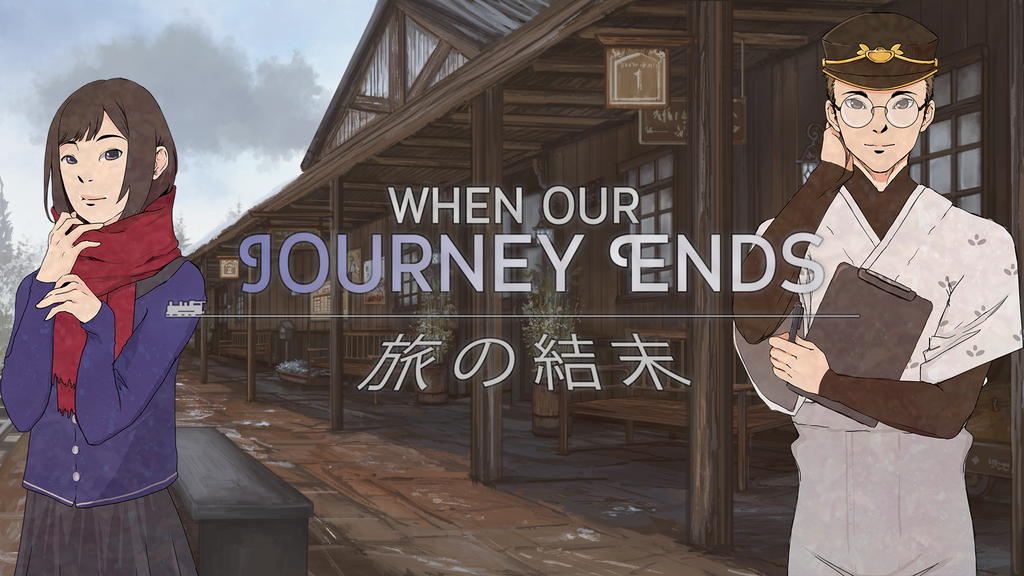 Edit (12/8): The Kickstarter for this game was successful at meeting its funding goal. The final funding amount was S$ 3,492 with 200 backers ! The game now has a tentative release date of Early 2017!

I’m still recovering from the recent US Presidential Election results, so forgive me for being late with this Kickstarter campaign… *claps hands* So onward a upward, today I want to draw your attention to the recently launched Kickstarter campaign for a rather intriguing fantasy visual novel from Afterthought Studios, When Our Journey Ends!

WOJE is inspired by the real life story of a now defunct Hokkaido train station that remained open despite diminished patronage, so that a local high school girl could attend school in the city. While the premise is largely grounded in reality, Afterthought Studios has added their on fantastical spin to the tale, which promises to be a delightful addition to the veteran developer’s portfolio!