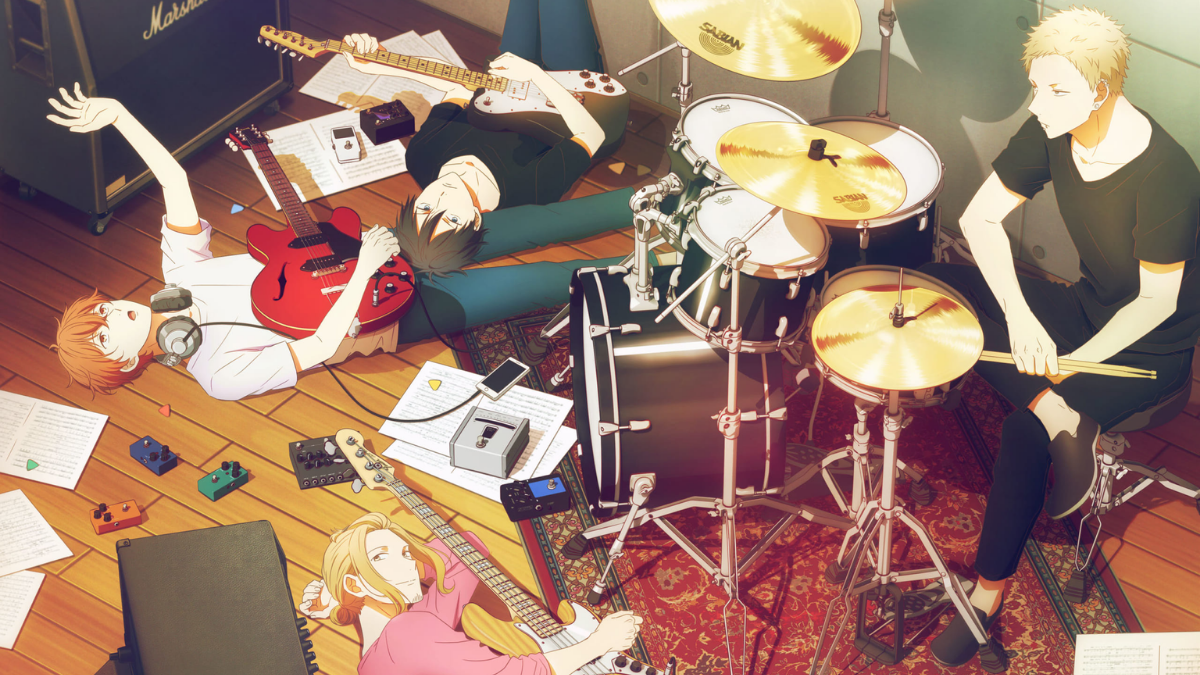 So while I had a week off from work for the holidays, I decided to break my unofficial anime hiatus by watching, Given—this was of course after I read through the available print manga volumes. But, since manga can’t sing to me I had to watch the anime if I was going to have any reference points for all of the songs.

For those of you that have been living under a rock for the past year, Given is a music themed anime series based on the bimonthly boys love manga series by Natsuki Kizu. The series follows the highs and lows of a four man amateur rock band, and the romantic relationships that form between them. The band is made up of hotheaded prodigy guitarist Uenoyama, playboy drummer Akihiko, soft boi bassist Haruki, and the newest addition Mafuyu, a gifted singer still dealing with the weight of a recent tragedy.

There was a lot of buzz surrounding the series when it was released in 2019 and it has not died down since, especially after it was announced that we’re getting a film sometime in 2021. So with the promise of more Given content on the horizon, this felt like as good a time as any to jump on the ol’ bandwagon and see what all the fuss was about… so let’s see if Given stands up to all the hype.