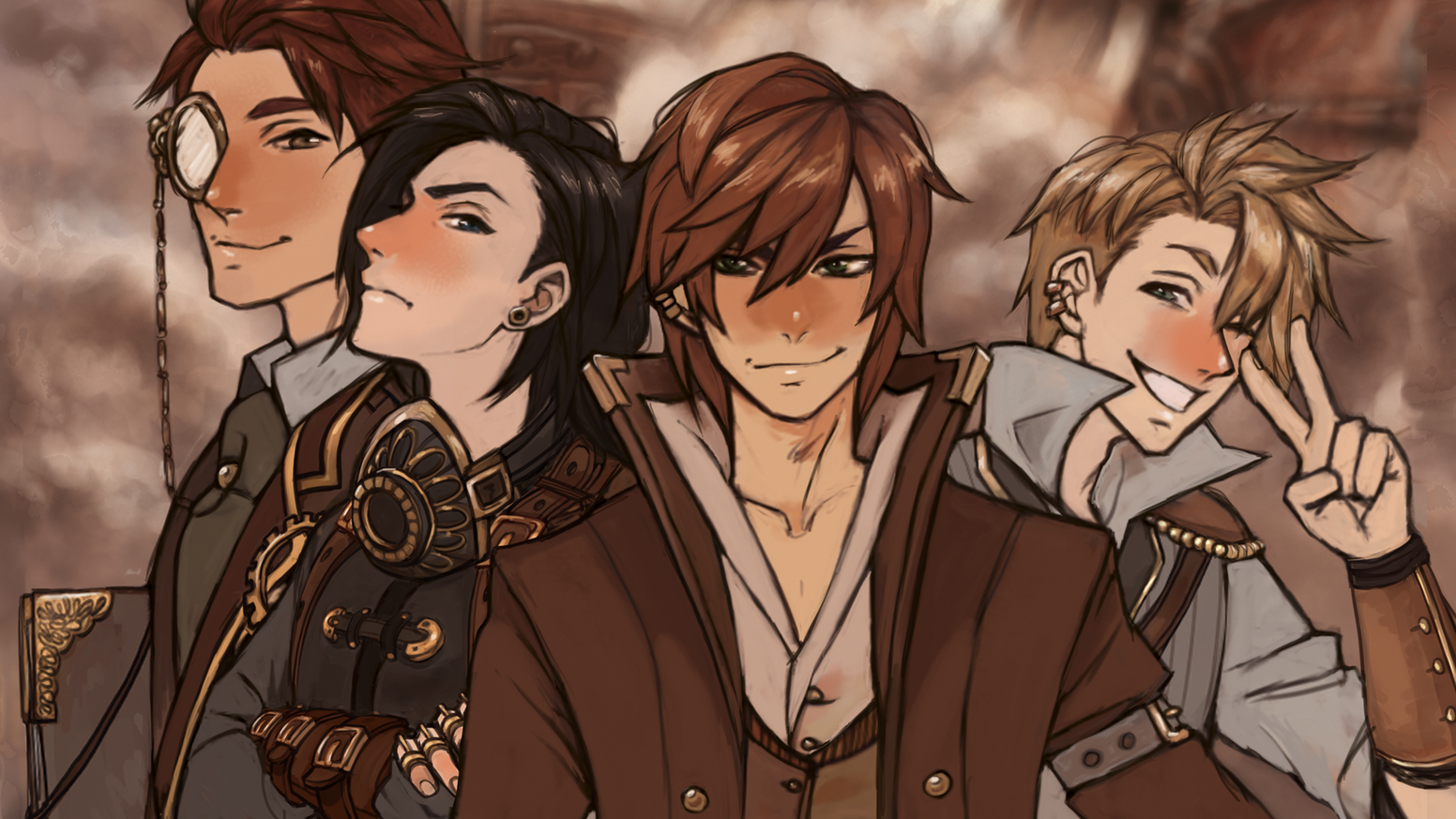 I absolutely loved Ertal Games’s debut BL visual novel, A Hand in the Darkness, so you can bet I was super excited to get my hands on their sophomore title, steampunk sci-fi visual novel, Chasing the Stars. I’ve said this before, but Ertal Games has a knack for storytelling, with their intriguing characters and immersive narratives, each of their games is a rare treat. This time around Ertal Games delivers a rich cyberpunk fantasy that is out of this world!

Follow Tirs Abril a young college student who has always dreamed of going into space and helping usher in a new age of colonization on one of humanities satellite cities. When Alaya, a new planet is discovered and proven to have the right conditions for human colonization, Tirs’s dreams are suddenly much more attainable. After getting dumped by his longtime boyfriend there is nothing holding Tirs back from pursuing his dreams and he decides to take position as a scholarship researcher in the lab of his professor and renowned Environmental Engineer, Marc Rossell, who is currently heading the team working on the Alaya terraforming project. However, Tirs soon discovers that things are much more complicated than he ever imagined forcing him to decide how much he is willing to sacrifice to follow his dreams…