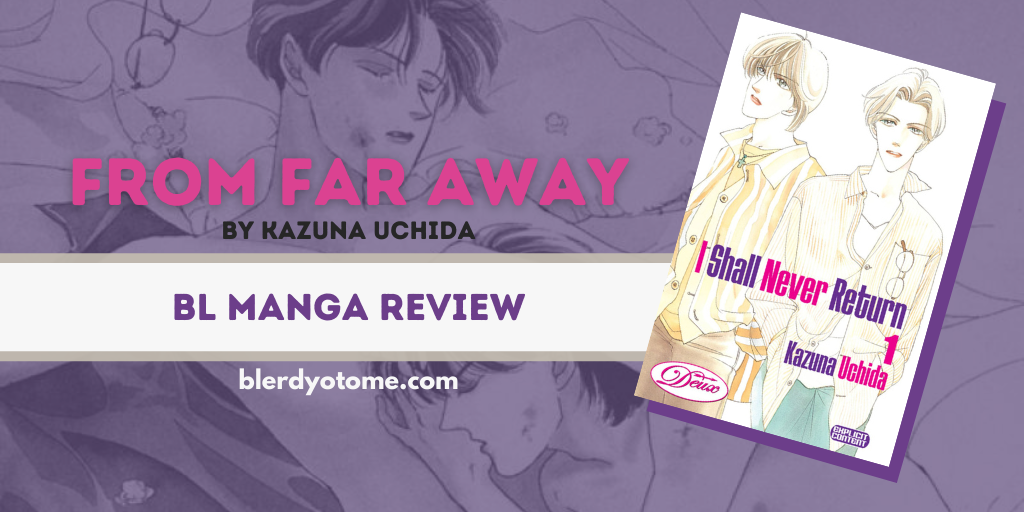 So one of the manga series that I bought at Katsucon was the acclaimed yaoi classic, I Shall Never Return by Kazuna Uchida. I absolutely love this manga, everything about it just screamed 90’s, from the fashion to the angst ridden plot, it was a non-stop ride from start to finish. I couldn’t help but get swept up in the story of Ritsuru and Ken, as their friendship evolves into a passionate love affair. I could not put it down, quickly breezing through all five volumes in a matter of hours, it was just that good! Don’t let the art put you off this amazing title (I happen to love 90’s art), you will regret not reading this amazing title. 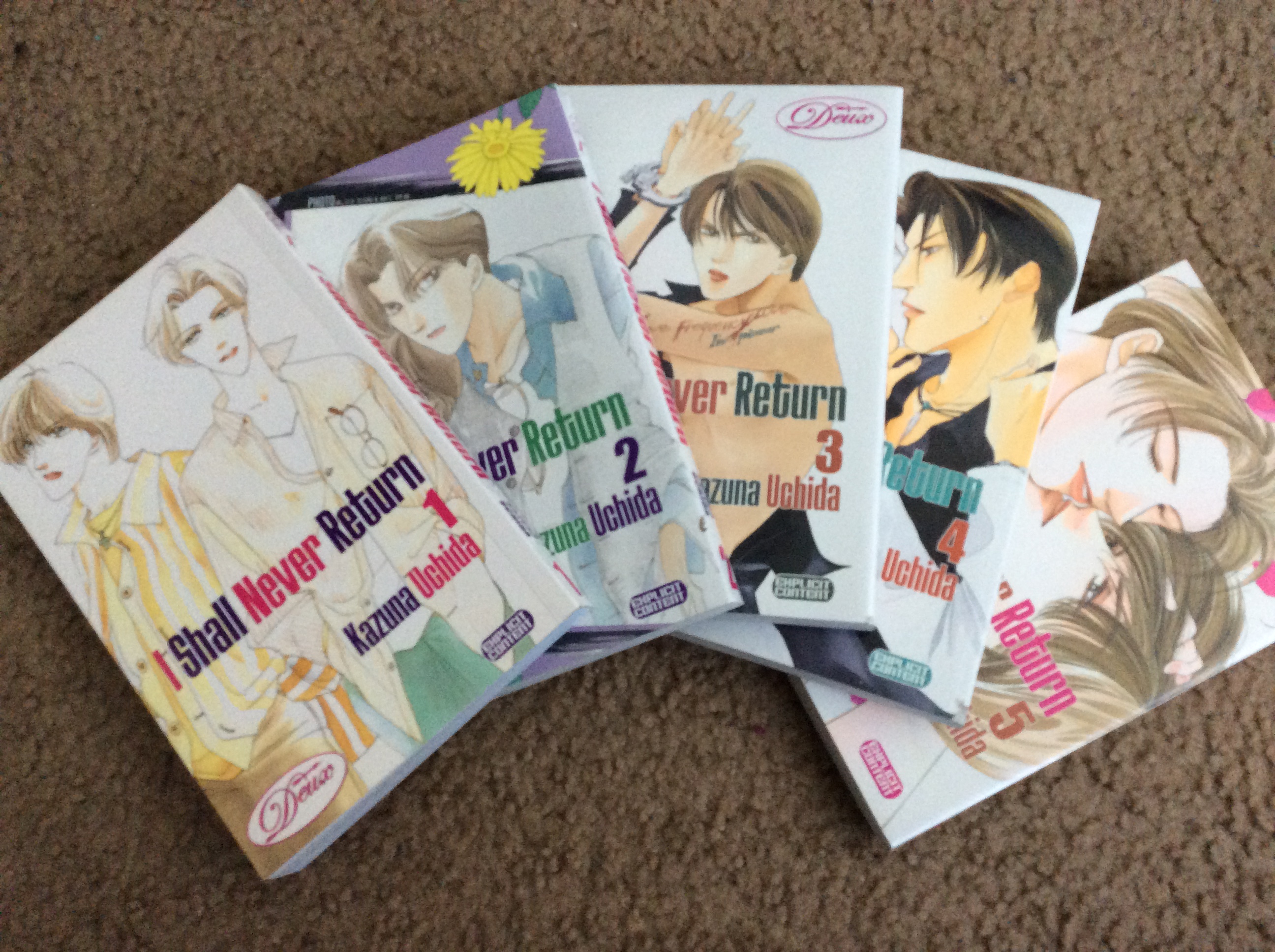 The five volume series released between 1992 and 1996 follows the friendship between Ritsuro, a straight laced high school student and Ken, a high school drop out who leads a life of sex and drugs. Despite Ken’s destructive lifestyle, Ritsuro sticks by him even after it causes friction between him and his girlfriend Moeko. I want to commend this title for actually having a female character that is important to the plot! Moeko is much more than the typical female prop character, she is an important friend to both Ritsuro and Ken, without getting in the way of the relationship between the two male leads. She is a side character that actually adds depth to the story in a meaningful way.