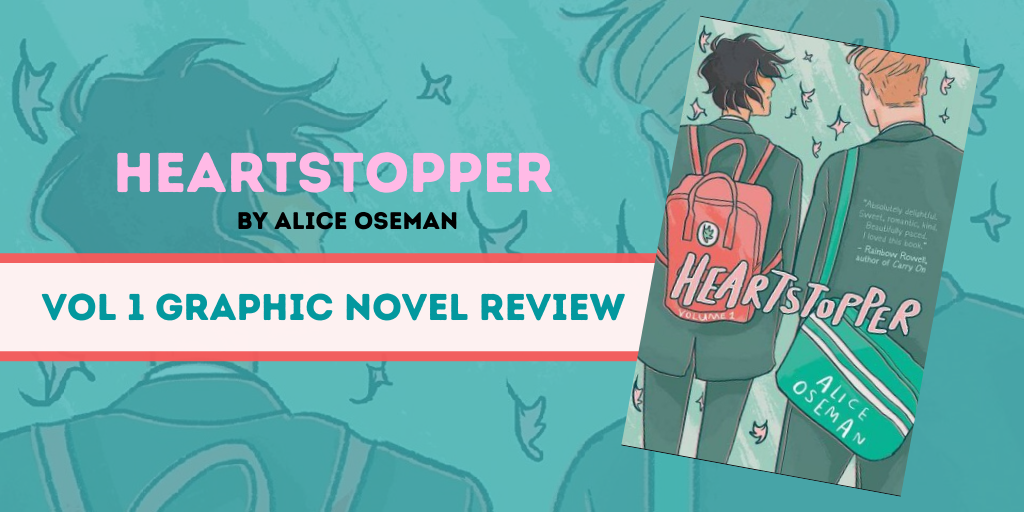 When I was faced with the prospect of weeks/months stuck inside my one bedroom apartment, I began stockpiling things to keep me entertained while I waited out the pandemic raging outside. Among my early purchases were several volumes of manga, some games, and print copies of Alice Oseman’s ongoing webcomic series, Heartstopper. I’d been seeing snippets of this series on Tumblr for ages, but I wasn’t quite ready to commit to another ongoing (see: D.N. Angel is the Reason I have Commitment Issues with Ongoing Series). But, with an overabundance of free time on my hand, I figured now was as good a time as any to give the series a try, so I plunked down and ordered not one, but, all three of the available print volumes from Amazon. The series is also available online over on Tapas, but I think there is just something special about holding a physical book in your hands… and I will readily admit that Heartstopper was more than worth the investment!

Boy meets boy. Boys become friends. Boys fall in love. An LGBTQ+ graphic novel about life, love, and everything that happens in between – for fans of The Art of Being Normal, Holly Bourne and Love, Simon.

Charlie and Nick are at the same school, but they’ve never met … until one day when they’re made to sit together. They quickly become friends, and soon Charlie is falling hard for Nick, even though he doesn’t think he has a chance.

But love works in surprising ways, and Nick is more interested in Charlie than either of them realized.

Heartstopper is about love, friendship, loyalty and mental illness. It encompasses all the small stories of Nick and Charlie’s lives that together make up something larger, which speaks to all of us.