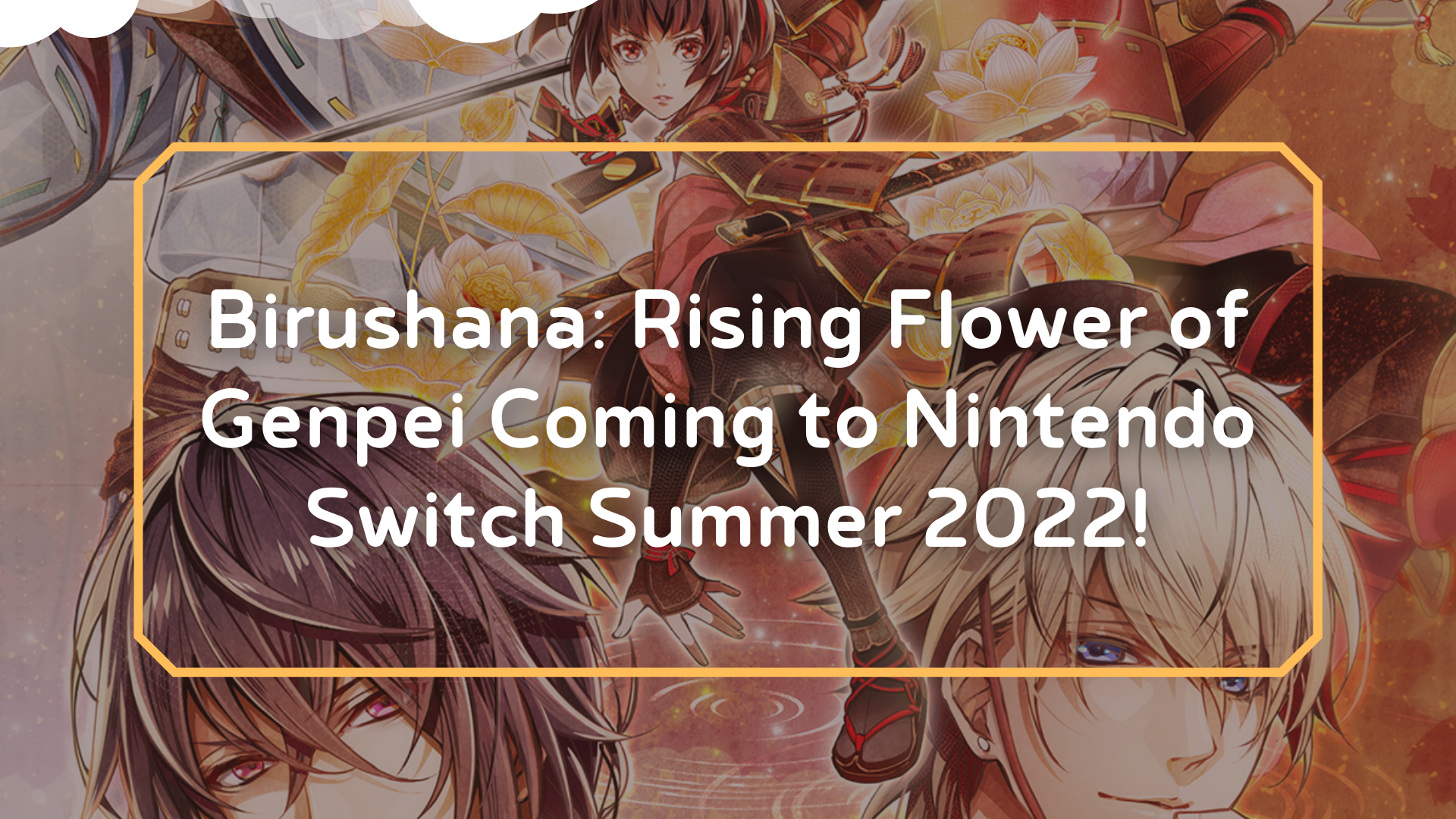 We are excited to announce that the visual novel, otome game Birushana™: Rising Flower of Genpei will be arriving physically and digitally for the Nintendo Switch Summer 2022. The Limited Edition contents will be announced at a later date.

About Birushana: Rising Flower of Genpei

Torn between her duty to live up to the Genji family name and her desire to live a peaceful life, Shanao sets off in hopes to take down the Heike stronghold and finally bring peace in the country. Her adventure leads her to find new cherished relationships, as well as something deeper than the feud between the rivaling clans.

The Object of My Affection – Shanao will encounter five potential routes, each with an Affection Level – a meter that shows how much you have progressed with the character based on the choices made. Once you’ve decided on your route, maintain your Affection Level to get up close and personal with someone…

Apple of My Ai – The Ai-Catch system allow players to gauge how their choices affect a character’s Affection Level and Shanao’s Character Abilities in real time! A seedling will indicate a poor Affection Level, while a blooming flower shows a promising Affection Level. The outer frame of the screen will also change into 3 colors: Red, Blue, and Green. Respectively, each color is associated with Shanao’s Character Ability: Strength, Knowledge, and Kindness. Keeping a close tab on your decision can help Shanao reach her true ending!

Take Another Stab – After completing a chapter, players can revisit it and manipulate the Affection Levels and Character Abilities – the two main measures that determines the progress of a route. If you feel Shanao is headed down the wrong path, replay the chapter and get back on track!

Shanao will encounter 5 potential routes through her quest to live up to the Genji name. What fate does each one hold for her?

More Info on the Birushana: Rising Flower of Genpei Release

One thought on “Birushana: Rising Flower of Genpei Coming to Nintendo Switch Summer 2022!”