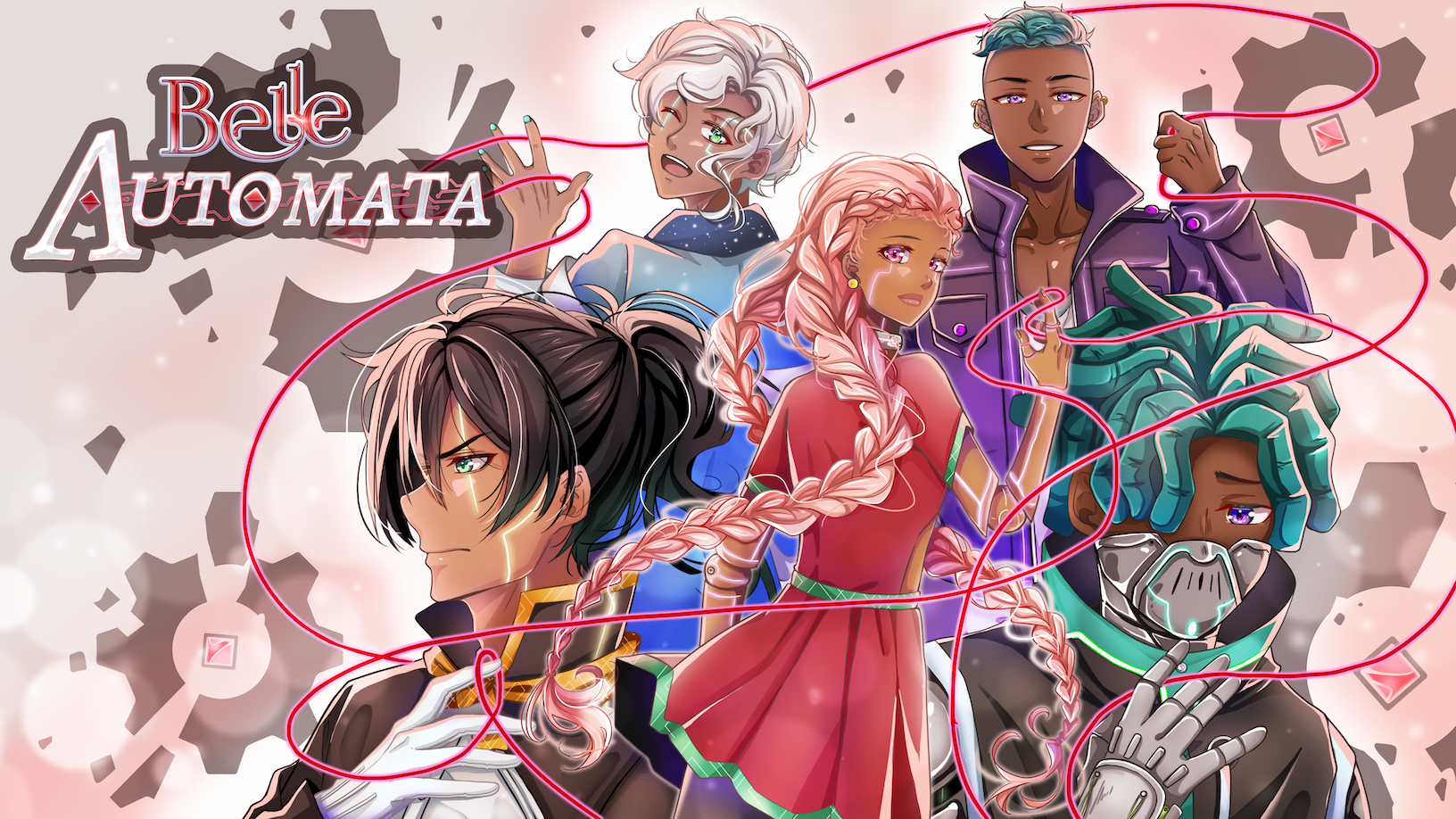 Hey  Blerdy Tribe!! There’s a brand new Kickstarter campaign for the Jellyfish Parade’s latest title, Belle Automata that needs our support! Belle Automata is an upcoming sci-fi fantasy visual novel developed by Jellyfish Parade. This is the team’s most ambitious project to date following Aureve an android who finds her life turned upside-down when she is sold to a mysterious benefactor.

Aureve [renameable] is an android, content with a life of weaving silk tapestries alongside her master in his workshop–but when her master dies, his family sells her off to a wealthy, reclusive buyer due to her being a rogue: a self-aware android.

Thrown into a new home of refuge for rogues, Aureve must find her place amongst them and answer the question once and for all: can an android truly feel?

The current demo build covers the first 15 minutes or so of the prologue, giving background on the relationship between Aureve and her previous master up to the point that she is sold to the Nightmare Prince. The demo also includes introductions for the first two love interests: Victor and the Nightmare Prince.

Meet the Characters of Belle Automata

The base game will allow players to romance both Victor and the Nightmare Prince, however Jellyfish Parade will include routes for Zaffre and Roman if their Kickstarter stretch goals are met (so throw your money at the Kickstarter.

So, I had the chance to check out the demo for Belle Automata and I am in love!! It’s no secret that I am a huge fan of Jellyfish Parade and their works, as they are one of the handful of indie devs that consistently pack their games with melanin. Belle Automata is filled to the brim with so many beautiful sun-kissed characters including it’s leading lady, Aureve.

I was first introduced to Jellyfish Parade through their NaNoRenO 2017 submission, the sci-fi romance game, PAIRS and I am beyond happy to see that the team is revisiting the sci-fi world in their latest release. Instead of aliens and super powered humans, this time we’re taken to a world where androids are an integral part of society. But what happens when an android develops thoughts and feelings of their own? Can an android learn to love? It’s an interesting question and one that I hope to get an answer to in the final release of the game!

The current build introduces us to two of the main love interests, Victor and the Nightmare Prince and even though the interactions are brief, you get a good sense of their personalities–Victor is my fave, I have a thing for snarky butlers. And the heroine Aureve continues Jellyfish Parade’s trend towards fun relatable heroine characters, and her design is absolutely gorgeous! In fact all of the art in this game is so pretty, the team going with a more anime-esque style this time around. There are also animated sprites and full English voice acting in the demo (there’s a cool distortion added to the android characters that was just perfection), which breathes life into an already imaginative world.

So, the Kickstarter campaign launched November 10th, 2021 and is set to run until December 10th 2021! The campaign goal is $9,000 to help with the production costs of the game!

owl., aka chouette, is the 27 year old founder and lead developer at Philadelphia-based game studio Jellyfish Parade. Established in 2016, Jellyfish Parade’s mission is to create ethnically diverse games that’ll turn your heart to jelly. The lack of representation in the otome scene is what inspired owl. to bring melanin-rich casts to life in all of their projects, no matter the genre, setting, or size.  Browse other Jellyfish Parade titles here.

Along with developing visual novels with Ren’Py, owl. is an avid K-Pop fan, has lived in Thailand, and loves to mix music in her spare time.