A young woman wakes up in a lighthouse with a head injury and no memory of the shipwreck that brought her there—or anything else, for that matter. A stone-faced, stoic Lighthouse Keeper assures her that help will arrive soon, but seems unwilling or unable to help her figure out whom or where she is. Help the Lighthouse Keeper’s Guest uncover the mysteries of the island and its inhabitants in this point-and-click visual novel about unlikely friendship and loss of identity.

The Light at the End of the Ocean is a story based point and click game developed by indie developer Jane Titor. Play as a young woman—explore a mysterious island and get to know the two odd characters who live there. The game takes about 2 hours to complete and has multiple unique endings to unlock.

After failing to thrive in the highly competitive residential demolition industry, mostly due to difficulties dealing with brick construction, The Big Bad Wolf decided it was time for a career change. Unable to resist the lure of entrepreneurship, he decided to enter the restaurant business.

The Wolf’s Bite is a one-versus-one interactive-adventure game inspired by stories such as “The Three Little Pigs” and “The Stinky Cheeseman and Other Fairly Stupid Tales”. The game revolves around thwarting the other player while advancing your agenda—be a professional restaurateur or a vengeful saboteur, the competition is on! The Wolf’s Bite features over 375 unique paths and over twenty unique endings, all of which are decided by the decisions you and your opponent make…or don’t make. 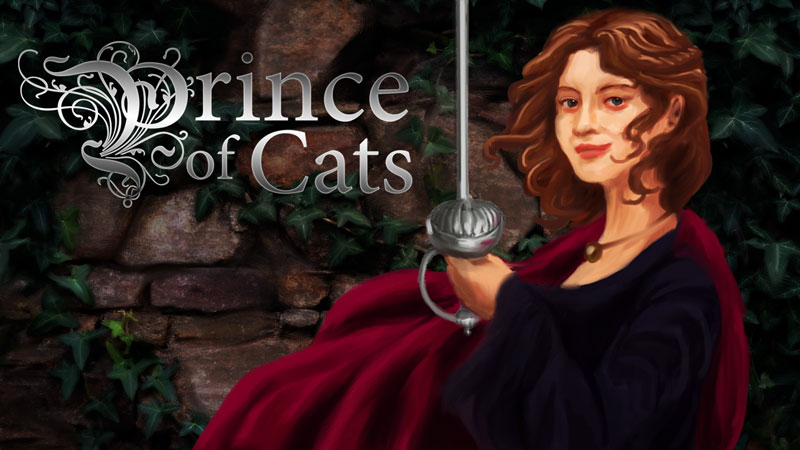 Where has the Prince of Cats gone? Nim, his servant, leaves the safety of the faerie court to find where the leader of the cat spirits has gone. She finds herself in the city of Vanora, where players will meet many familiar Shakespearean characters.

Stuck here for a month until the next full moon, Nim has to navigate the busy city searching for the Prince. Forced to fit in with the humans, she has to learn new skills in classes, or take jobs to make money to survive.

Prince of Cats is a visual novel/life simulator developed by Sky Bear Games. Take on the role of Nim as she explores the city in search of her missing leader. Encounter various characters from Shakespearean works who will help you on your quest. Survive life in the city, by learning new skills and taking on jobs.