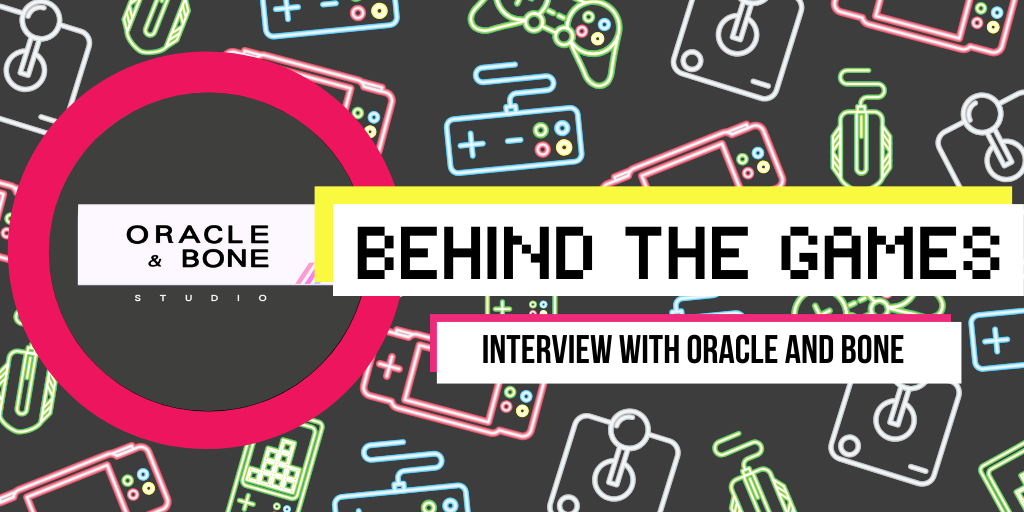 Last time, I spoke with Dani, Alexis, Lisa, Percy, and Kevin, members of the ValiDate team—their first project is the upcoming LGBTQ+ visual novel ValiDate: Struggling Singles in Your Area. This time around, I had the chance to chat with Tida Kietsungden and Charissa So the founders of the indie game studio, Oracle and Bone, and the creative team behind the 80’s themed yuri visual novel, A Summer’s End – Hong Kong 1986.

A Summer’s End – Hong Kong 1986 is a yuri visual novel and  Oracle and Bone’s debut title—follow the story of Michelle and Sam, and how their chance meeting evolves into a deeper relationship. Set in vibrant Hong Kong in the year 1986, it is an original story about love, family, and culture. Inspired by Hong Kong cinema and 80’s anime, A Summer’s End – Hong Kong 1986 is loving homage to one of the most memorable periods of time.

I recently had a chance to chat with Tida and Charissa, about their work on A Summer’s End, so without further ado, let’s turn things over to them…

Thank you for taking the time to sit down with me, I am in love with your debut visual novel, A Summer’s End – Hong Kong 1986 and I am super excited to be talking you guys! I want to give my readers a better feel of who you are as a team. Could you tell me a bit about yourselves?

A. Hello! Thank you so much for playing our game. We’re so glad to hear you enjoyed the game. We really appreciate this opportunity to have this conversation with you!

Oracle and Bone is an independent game studio founded in Vancouver, Canada. We’re a small team of two. Tida Kietsungden is the artist and visual designer of the team whereas Charissa So is the writer and audio designer. A Summer’s End is very much our creation together as we collaborated on every aspect of the game and story. Oracle and Bone was created as a way for us to share our stories together.

A. We have loved video games since we were young. Charissa’s first dive into the world of video games must have been through the Final Fantasy series. Tida’s personal favourite must be the Legend of Mana series. We decided to make a game together because we feel this medium can be a very powerful narrative tool to tell stories and share experiences.

A Summer’s End – Hong Kong 1986 is your first game release. Could you tell me a bit about the game and how your team came up for the concept for a LGBTQ+ visual novel set in 80’s Hong Kong? Why this particular setting and time period?

A. We started this game project as a way to express concepts and issues that related to us personally. The idea for A Summer’s End came to us after a period of us exploring various films and media. We were inspired by 1980s Hong Kong and Taiwanese cinema in particular. After learning more about these films and their cultural and political contexts, we wanted to create our own story that explored similar themes of cultural, intergenerational, and political conflict. Such conflicts exist now as much as they did in the 1980s. We felt that lesbianism and the cultural and political climate of the 1980s served as a perfect allegory for the themes and ideas we wanted to present in A Summer’s End.

I am not familiar with social norms regarding LGBTQ+ issues in the Asian community. Why was it important for your team to create a game like A Summers End that focuses primarily on the experiences of Asian LGBTQ+ individuals?

A. We wanted to portray the Asian LGBTQ+ experience as authentically as we could in A Summer’s End. We felt it to be important to represent this unique and nuanced experience in the visual novel medium as it is something that isn’t typically depicted in games and media in general. It’s necessary to have these positive and authentic portrayals of the LGBTQ+ experiences in fictional media as they’re very much reflections of real world experiences. We wanted to create this kind of story as a way for us to encourage our readers who might be experiencing difficulties with their identity or being accepted by their families.

Identity plays a large role in the story of A Summer’s End–over the course of the game Michelle comes to an understanding about herself and her sexual identity through her relationship with Sam. When writing a character like Michelle, what were some things that you felt were important to include in her journey?

A. We approached Michelle’s character as someone who didn’t have a clear understanding of her sexual identity in the beginning of the story. LGBTQ+ media must be far less accessible and understandable for someone living in a relatively conservative 1980s Asian society. Michelle must overcome her learned prejudices in order to achieve her true desires. It was also important to show Michelle as a self-reflective character to show her growth and development throughout the story.

Meeting Sam serves as the catalyst for Michelle’s journey of self-discovery, but so little of the story is told from her perspective. A brief POV section partway through the game gives some insight into Sam’s thoughts and feelings during the early events of the game as well as some brief glimpses into her past. Why was it important to include Sam’s perspective in the game?

A. We wanted to show Sam’s perspective in the game to give further insight into her character. Sam can be a stoic character who hides her true emotions behind a cheerful smile. Her narration reveals more of her emotional insecurities that might not have been obvious from Michelle’s perspective. While Michelle might represent the experience of someone newly discovering their sexual identity, Sam represents someone who has come to terms with her sexual identity and embraces it fully. It’s important to show the example of someone self-assured in their identity as it shows how LGBTQ+ identifying individuals can live fulfilled and happy lives free from fear.

There is a tendency for the media to fetishize same sex relationships, particularly in narratives focusing on relationships between women. How do you feel about that hyper sexualization of WLW romances? How does A Summer’s End subvert those tropes?

A. As creators we’re also the audience for WLW romances. We created this project in part because we wanted to represent WLW romance from a perspective that is authentic and honest about sexuality and same-sex attraction. We felt it important to include an option for mature adult scenes as it represents a part of the LGBTQ+ experience. Depicting these scenes frankly without an exploitative gaze was something we were cognizant of. These scenes were not created for the purpose of viewing the character’s bodies as sexual objects. Rather, we wanted these scenes to depict the love between the characters and their mutual and consenting attraction for one another.

A Summer’s End is your team’s first release. What were some of your favorite parts of the development process? What were somethings you didn’t like?

While the bulk of the game focuses on Michelle coming to terms with her feelings for another woman and the resulting internal crisis that causes, A Summer’s End also touches on social stigma surrounding same sex relationships. If A Summer’s End took place today, how differently do you think Michelle and Sam’s relationship would be received?

A. The story would be similar as coming to terms with one’s same-sex attraction is still something not fully accepted to this day across different cultures. Michelle might still have a hard time accepting her own desires and face the same difficulty navigating her relationship around her family. Yes, there are more positive depictions and real world examples of LGBTQ+ relationships nowadays compared to the past and Michelle and Sam might have a more accepting and understanding attitude towards LGBTQ+ identities and relationships. It is still difficult to say whether or not their relationship would work out more easily now versus in the 1980s as it’s something so personal and dependent on individual experiences. Though with technology and better media access, we have to say it’s easier now for people to learn about LGBTQ+ topics and hopefully find acceptance and community.

Lastly, what are some things we can expect from Oracle and Bone in the future?

A. We are currently working on expanding the world of A Summer’s End in a series of short stories that continue Michelle and Sam’s story. We plan on also creating a new game that will explore similar themes and topics but perhaps set in a different time period.

Bonus Question: Since film plays such an important role in the game—What is your favorite film? Why?

A. Our current studio favourite is a 1987 Hong Kong film, Rouge, directed by Stanley Kwan. It was a major source of inspiration for us when we were creating A Summer’s End. It starred our personal favourite Hong Kong actors and performers, Anita Mui and Leslie Cheung, who can be a topic for another discussion as they are both considered queer Asian icons by their own right. It is a beautiful and hauntingly poetic film that depicted the changing time and culture of Hong Kong.

I want to give a huge THANK YOU to the Tida and Charissa for taking the time to do this Q&A with me! I absolutely love A Summer’s End and I really enjoyed getting more insight into the game and your process. So, if you’re looking for a great LGBTQ+ visual novel with an emotional story and realistic characters look no further than A Summer’s End – Hong Kong 1986. Also, if you want to see more from Oracle and Bone keep an eye out for updates from the team on their social media channels!

Below are some links to the Oracle and Bone team’s social media pages and game related sites. I highly recommend subscribing to their pages for the most up to date news on their current and future projects.