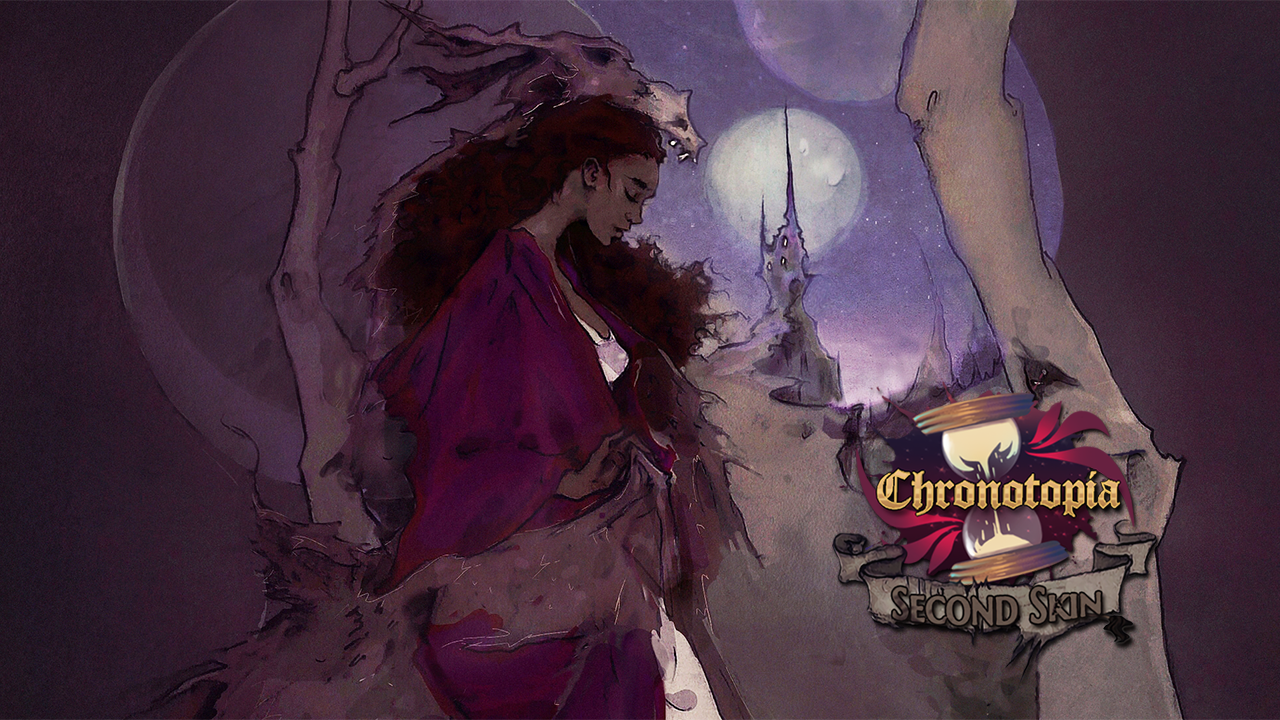 Hey Blerdy Tribe, it’s Melanin Monday here on Blerdy Otome and that means I’m spotlighting another Melanin Friendly Game! For those of you just joining the party—every Monday I spotlight games that feature black and brown characters for anyone looking for titles with just a bit more representation. As a blerd and a gamer, I am always on the lookout for representation in my games. This is largely a personal project for me—there are almost no “diverse game” tags on major game sites—so, it can be pretty difficult find games with characters of color… unless you already know where to look. 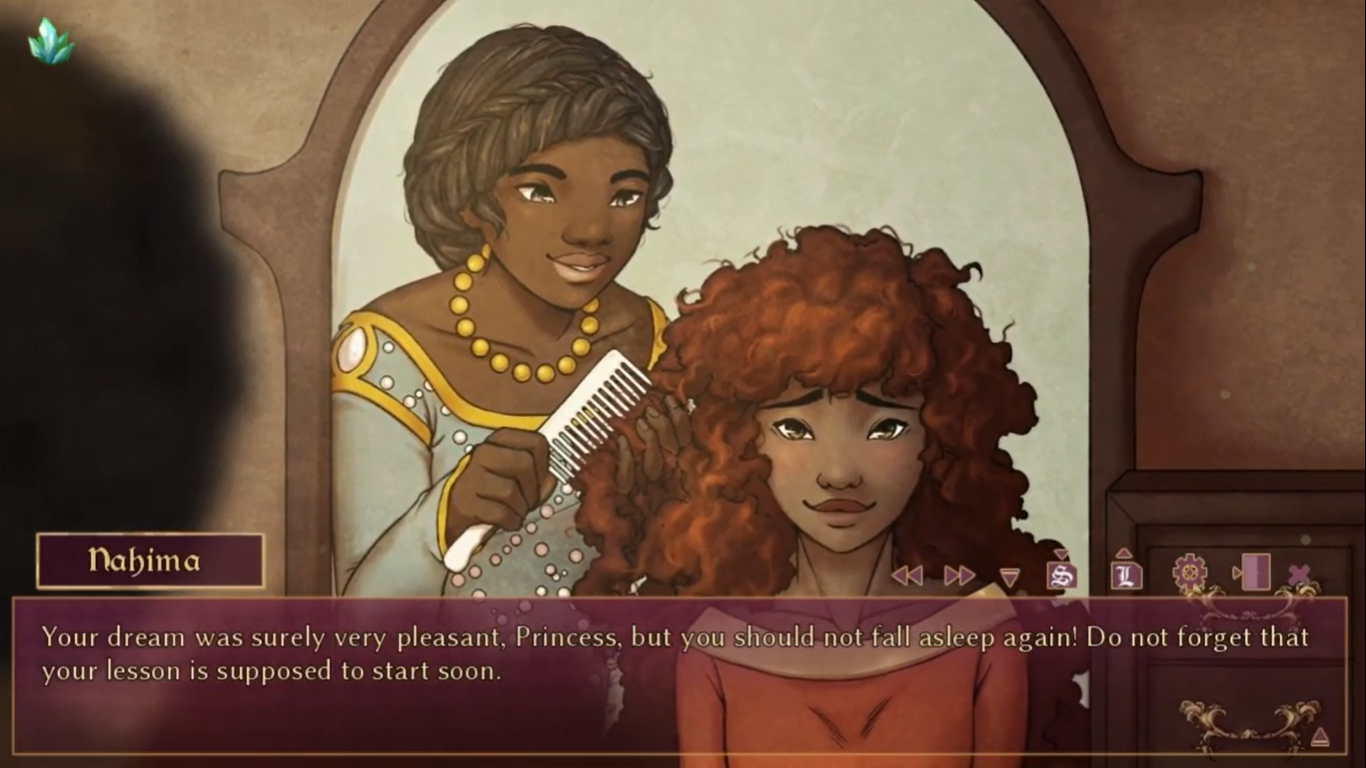 This week, I’m spotlighting the dark fantasy visual novel, Chronotopia: Second Skin from Träumendes Mädchen. Unlike some of the previous games in this segment, Chronotopia is still in development, but a beta demo is available for free. Chronotopia is a retelling of the Donkeyskin fairytale and promises to be a more mature take on the tale. Princess Kionna lives a peaceful existence in her castle, enjoying her days with her best friend and confidant, Nahima. That is until her father, gone mad since the death of his beloved, decides he should wed her instead. Kionna has to find a way to escape from this fate, but how? She doesn’t know it yet, but it’s the beginning of a long nightmare that will take her to the edges of madness…

I covered the demo for Chronotopia: Second Skin during it’s initial Kickstarter campaign back in 2016, despite the rather long development time the Träumendes Mädchen team has been good about releasing monthly progress updates.

Before discovering this game I was unfamiliar with the Donkeyskin fairytale—Disney chose to go with Charles Perrault’s Cinderella instead—I imagine the incest plotline is a little hard to re-prupose for the kiddies. In the tale, the King mad with grief over his wife decides that the only woman worthy to take her place is his own daughter, so she flees the palace and takes refuge at a nearby farm. In order to hide her identity, she covers herself in an ugly donkeyskin a prince happens upon her and falls madly in love… and we all know where this goes…

Chronotopia follows the same thread as the fairytale, but with a twist, promising to be a mature story heavily influenced by anime like Haibane Renmei and Madoka Magica and games like Steins;Gate and Child of Light. But what most drew me to the game was the fact that Kionna and her attendant, Nahima are Black women. Aside from HBO’s Happily Ever After animated series, it’s not common to see people of color featured in fairytale re-tellings, let alone as the protagonist of the story. Kionna isn’t just ambiguously brown (like I see in most media)—she has beautiful brown skin and luscious curly hair—but she has a strong distinctive personality that isn’t overly tropey! Her attendant, Nahima and the Fairy Godmother are also Black women and I AM HERE FOR IT!!

Kionna can either escape with her servant, become a fairy, or die a horrible death— the choice is yours! Because Chronotopia is a romance game, you have to option to pursue either the prince like in the original fairytale OR her loyal handmaid, Nahima and the Fairy Godmother! But, romance isn’t the only thing on the menu with Chronotopia—there is plenty of action and adventure for folks looking for a more immersive gaming experience.

Thank you for reading and supporting Blerdy Otome! Have you played Chronotopia: Second Skin? Share your thoughts! Got a Melanin Friendly Game you think I should spotlight? Send it to me! 🙂