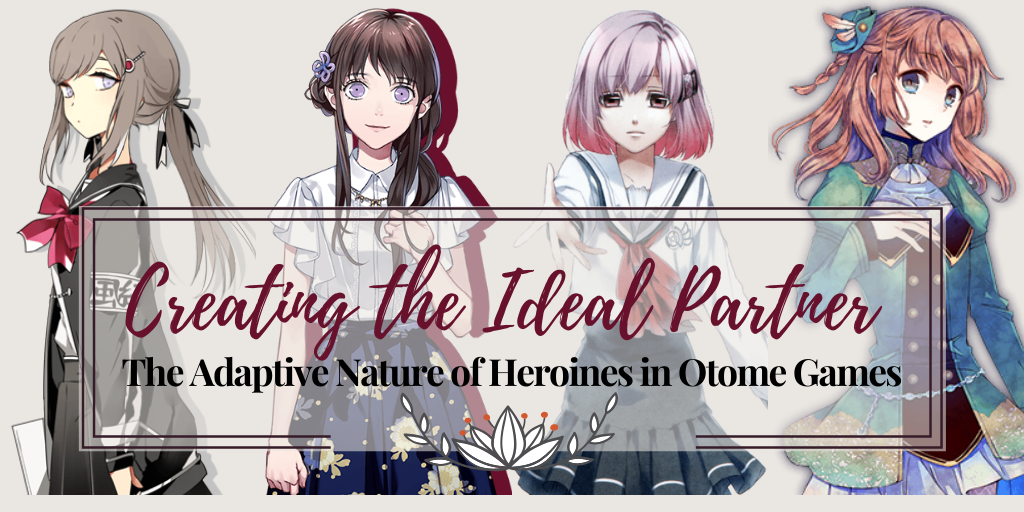 It’s time for another OWLS Blog Tour, most of you were probably directed here after reading Scott’s post about Crest of the Stars and Banner of the Stars, and if you haven’t read his post I definitely recommend giving it a read!! If you stumbled upon this post by chance, welcome to Blerdy Otome!

For those of you newbies, I am a part of a group called OWLS and we are a group of bloggers and vloggers that hope to spread a message of acceptance and understanding through thoughtful community activism! We use our love of pop-culture and other media to discuss a wide range of topics. Each month we host themed Blog Tours where we discuss topics we feel are important to the greater fandom community. In the wake of the current pandemic and the many changes it has caused in our lives, this month’s tour is all about adapting.

Right now, we all have lost something or gained something in return during this dark time. Our lives have been completely altered due to coronavirus. For this month, we will be talking about anime series and other pop culture media where we have characters having to adjust to changes in their environment. Whether it’s adjusting to a new school or heading towards an isekai fantasy world, we will be discussing characters that had to make changes within themselves in order to adapt to the circumstances they are in. This will also give us an opportunity to express our own personal lives as we try to adjust to a “new normal.”

As is the theme with these blog tour posts, I struggled to come up with a topic, so I decided to fall back on what I know—otome games. For those of you unfamiliar with the genre, ‘otome’ refers to a sub-genre of story based visual novels aimed primarily at girls and women, where the main objective is to romance a group of attractive male characters, known as love interests.

To appeal to a wide range of women and their tastes, each otome game has their own unique premise and characters, giving players a chance to live out their fantasies within the world of the game. In fact, there are a lot of similarities between otome games and the isekai genre—in that they transport players into different worlds where you can be anything you want—from a princess to a police officer to a college student; the possibilities are endless.

Each game exists within its own bubble and it’s up to you the player to determine how your adventure unfolds. But, in order to do that, you must first adapt your self to the world of the game by stepping into the shoes of the Heroine—she is your window into the events of the game. For most otome games the Heroine is usually a self insert character and you are meant to shape her personality by making a series of in game choices that will ultimately make her appealing to one of the available love interests.

I joked about this in my post, How To Woo An Otome Guy in 5 Easy Steps, but in truth the best way to achieve your happily ever after with your chosen love interest is to mold the Heroine into someone he will find attractive. The Heroine is a blank slate that you adapt to suit the needs of the story and her potential romantic partner.  A lot of the appeal of otome games is that it gives you a chance to become someone else for a short while—you kind of check your personality at the door and create a persona. If your chosen love interest is a bookish guy that likes to keep to himself then the Heroine will become someone that also likes the same things or someone that will help pull him out of his shell. If your love interest likes fiery, confident women, then you make choices that facilitate that ideal. But, even that can change between choice or depending on the situation—most of the time, a Heroine’s actions won’t stay static throughout, rather they will constantly adapt to suit the needs of the story.

The Heroine is what you make her and of all the characters in an otome games, she is the one that goes through the most drastic changes. Think of her as a Jill of All Trades or a chameleon—she changes as the story demands and sometimes she develops in a way that is contrary to your own personality. There have been plenty of times when I have had to make choices in an otome game that I didn’t agree with just for the sake of bagging my 2D hottie. I tend to be pretty opinionated in real life, I’m not overly dominant, but I don’t shy away from voicing my opinion. Unfortunately, when you’re pursuing an ore-sama love interest in an otome game—9 time out of 10 they want a partner that is more submissive… and that ain’t me. So, I tend to have a harder time romancing these characters, because I have a hard time reconciling my own identity with that of the “desired” Heroine traits. I had an especially difficult time slugging through Eisuke Ichinomiya’s route in Kissed By The Baddest Bidder, because the heroine in that game was not allowed to challenge anything. She was literally the punching bag of a self-centered asshole and while it was in keeping with his upbringing, having the Heroine of the game bend to his whims just didn’t sit right with me.

There’s also the other extreme, where the MC’s personality is just so far removed from myself that I just can’t relate to them or their actions. While this happens most often with the “Mary Sue” otome heroine, I have found that games with heroines with stronger personalities have the same problem. Unlike their Japanese otome game counterparts, most Western otome games have a heroines with more defined personalities and motivations, and the player takes on the role of a guide in her adventure, making choices that steer the course of the story, while having little impact on the heroine’s existing personality. This can be great for players who simply want to enjoy the game more objectively, however, if the heroine’s personality is too extreme this can be a turn off to players.

A perfect example of this is Lucette from the English otome game, Cinderella Phenomenon. Early on in the game, her personality is extremely abrasive—she’s nasty to castle staff, the love interests, and her own family—she’s almost irredeemably mean to everyone. And while she does get better as the story progresses, the first half of the game is rough to get through, because I was just so turned off to her mean spirited demeanor. This was a case where the heroine starts off with a strong (in this case less than positive) personality and through your choices, develops into a much more balanced character.

In truth, otome heroines are characters who are constantly in flux—they change in response to the story—whether that is a positive change or a negative one. Otome heroines by nature are adaptable, because they are the lens through which we experience the story and for that to work, there needs to be some degree of flexibility in their portrayal. At the end of the day, otome games give players a chance to craft their own fantasy—they adapt to our desires and explore various scenarios in a way that gives the control to the player.

That’s my take on the Adapt Blog Tour! I hope you enjoyed my post, but, I’m just one in a long line of OWLS blog tour stops!  Don’t forget to stop by Miandro’s blog Miandro’s Side tomorrow for what promises to be an amazing addition to the OWLS May 2020 Blog Tour! Also if you haven’t already, please subscribe to the Official OWLS Twitter account @OWLSbloggers and the Official OWLS Blog, to stay up to date on all OWLS news and announcements!

5 thoughts on “Creating the Ideal Partner: The Adaptive Nature of Heroines in Otome Games – May 2020 “Adapt” OWLS Blog Tour”