If you’re just joining the party, this is the fourth post in my Character Archetype series, where I spotlight five otome LIs from each of the major character archetypes. These posts are a complement to my Beginners Guide to Otome Games posts, particularly the one on Common Character Archetypes in Otome Games. There I give a very general rundown of the most common character archetypes that appear in otome games with a few examples of characters that fit each trope.

Last time around I covered one of the character archetypes that I’ve recently come to appreciate more, the super sweet, Genki characters. Which you can check out by clicking the link: ‘It’s All In a Smile: 5 Otome Game Genki Guys’. This time around I’m covering the cold-blooded kuudere character types, some of my absolute favorite otome love interests.

The Basics: What Are Kuudere?

Kuudere is a term derived from the terms “kuu” which comes from the Japanese pronunciation of the English word “cool” (クール), and “dere dere” (デレデレ), which means “lovey dovey”. These characters are usually cold or distant at first, but this is only a self-defense mechanism used to protect themselves from getting hurt. While they can be blunt and very direct in their manner of speaking they can be very caring and affectionate once you melt through their frosty exterior. 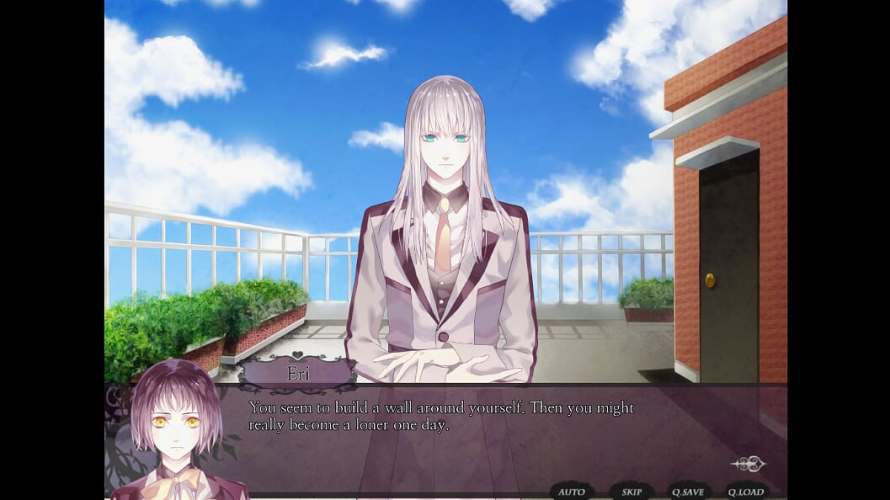 Kuudere types are very similar to Tsundere and Dandere characters, as all three display cool or indifferent behavior towards others. However kuudere characters tend to remain rather cool and composed with brief moments of warmth, while tsundere characters constantly switch between personalities and a dandere character’s coolness stems mostly from their shyness.

Hijikata may have been my first love in Demon of the Fleeting Blossoms, but Hajime Saito is my Hakuoki bae. This stoic left handed swordsman is the epitome of kuudere-ness, with his cool demeanor and unwavering loyalty to the Shinsengumi and their causes. He will obey an order without question, and is often the person to take on some of the dirtier jobs on behalf of the Shinsengumi. He is also the only character to realize Chizuru’s true gender from the very beginning of the games.

While he is a skilled with the sword, Saito isn’t quick to fight, preferring to work through conflicts rationally, only resorting to violence when it is absolutely necessary. He is a man of few words, speaking only when necessary and his behavior towards Chizuru in the games can come off as bit cold. However, he is very passionate about swords and swordsmanship, lighting up whenever he talks about them. Like most kuudere he is a bit distant at first, but the more you get to know him, Saito can be a real sweetie pie! Underneath it all he cares deeply for his fellow Shinsengumi members and does his best to protect those that are important to him.

If you’re going to play any route in Nightshade, it had better be his route, because Hanzo is the only guy worth romancing in the entire game. He’s the bodyguard protecting Ieyasu and a stoic no nonsense kind of shinobi, who is renowned for his ability to put his mission before his own well being.

He’s very straightforward to the point of being blunt, but if someone genuinely wants to learn he will go out of his way to do so. Though he’s a man of very few words so he can come off as unintentionally cold or abrasive. But, he is such a sweetheart deep down, when he decides to do something he puts his all into it, including love.

Van Helsing is one of those characters I only know in passing, since I’ve only really completed Impey’s route in Code Realize. But from what I gather, he’s very similar to his literary counterpart- he’s a world weary vampire hunter, but with an absolutely heartbreaking past!

As a former member of the British Army, Can Helsing is renowned for his combative skills, earning him the nickname, “Human Weapon”. His kill count is high and he isn’t afraid to go after even the most evil vampires. He tends to keep to himself and when he does interact with the others it’s usually in a blunt and cold manner. He keeps his true feelings hidden from those around him in order to mask the pain of his past.

I don’t talk about the Lovestruck games as much anymore, but let me tell you, Voltage has been consistently knocking it out of the park with their original English language content and Gangsters in Love remains one of my favs from that lineup! They tend to have much more well rounded characters than they do in their Japanese titles, and the LGBT+ friendy options and diverse casts of characters are an added bonus. There is so much variety, but hands down one of my absolute favorites is Ash Winters.

He’s an “enigmatic” hitman for hire, who surprise surprise, isn’t much of a people person. He keeps to himself save a few snarky remarks here and there, and he isn’t above threatening the MC with his guns, which given his profession is a bit terrifying. He is a man of few words, but is surprisingly expressive (at least his sprites are) when compared to most kuudere characters. Like most of the guys on this list, he does have a tragic backstory, which is the cause for his prickly demeanor. But, once he opens up, Ash is just a huge nerd and an absolute sweetheart!

It’s no secret that Star Crossed Myth is one of the few Voltage games where I adore every single character, however, I’m not gonna lie I was a bit wary of Zyglavis. I mentioned this in my review of his main story, but he’s kind of like a cross between Scorpio (who I love despite being a butt) and Eisuke Ichinomiya from Kissed By the Baddest Bidder (who I loathe). He’s the Minister of the Department of Punishments who believes that evil must be punished in order to maintain justice and balance in the world.

Zyglavis is cold and impassive, taking his job as Minister of the Department of Punishments seriously, delivering cruel punishments on wrongdoers, that at times seem to be a bit too harsh when compared with the actual crimes committed. But, in reality he truly does care for humanity and he sees his punishments as a chance for redemption for the people he inflicts them on. However, over the years he has only been shown the worst humanity has to offer, closing off his heart and becoming the cold and detached person he is today.  Zyglavis is extremely selfless, preferring to suffer in silence rather than burden someone else.

An act of true love can thaw a frozen heart

What I Hate About Kuudere

Kuudere characters are among some of my favorites, even more than my beloved tsundere. And while they can be pretty frustrating at times, there’s something immensely satisfying about breaking through their defenses and getting them to open up that makes all the hard work worth it! Underneath all their cold exterior, kuudere are just looking for someone who accepts them for who they are, and if you manage to woo one, you’ll find that you’ve secured a loyal and loving partner.