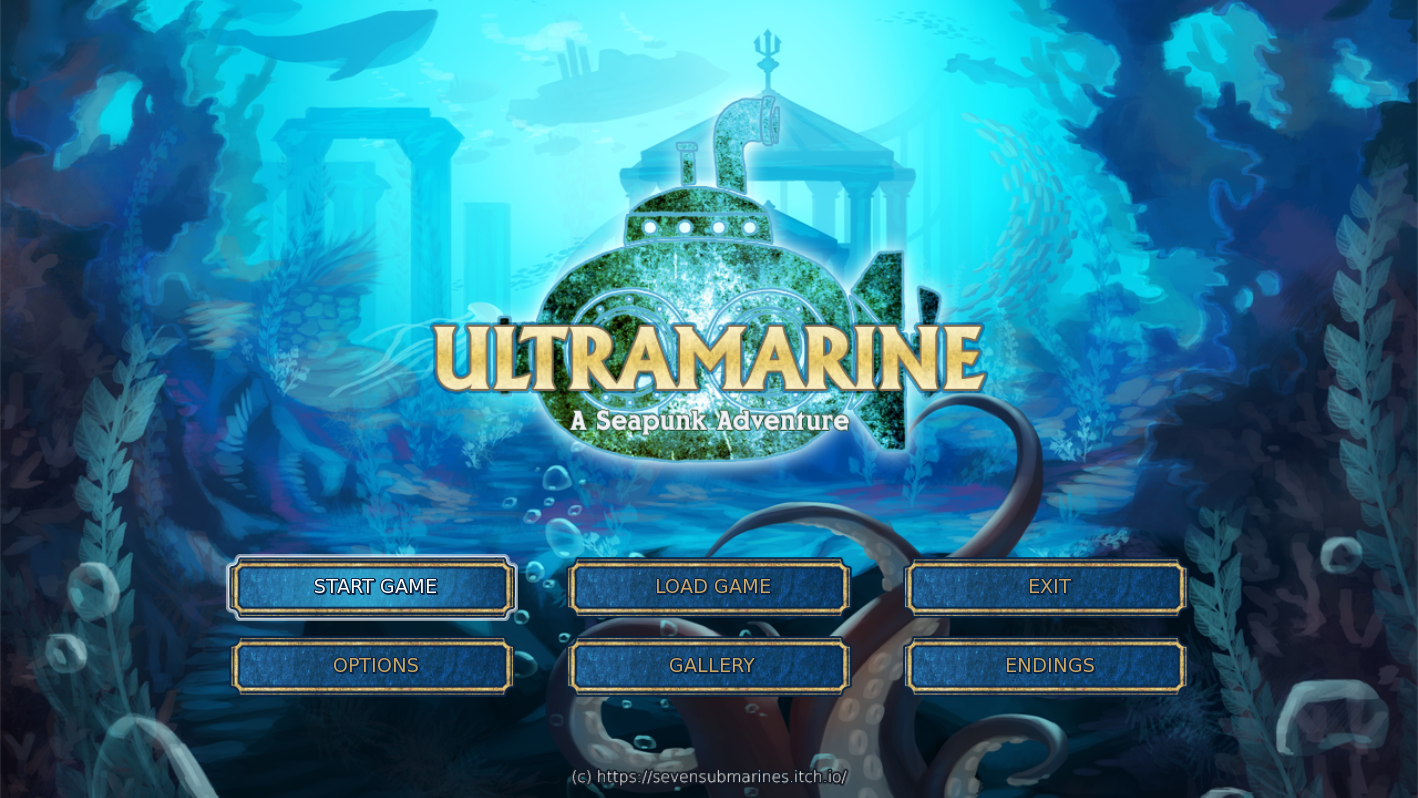 As a woman of color, representation is very important to me, so I’m always on the look out for games that feature characters with a bit of melanin. Even among the infinitely more inclusive indie gaming scene, it’s still a big deal for me when I come across a title that features more than one or two characters of color in prominent roles. But, what really sets my heart aflutter are games with heroines that look like me, so imagine my excitement at finding Seven Submarine’s “seapunk” adventure visual novel, Ultramarine. Not only does it feature a Black heroine, Gabrielle Freedman, but, there’s even an ebony skinned potential love interest as well! Double brownie points right out the gate! 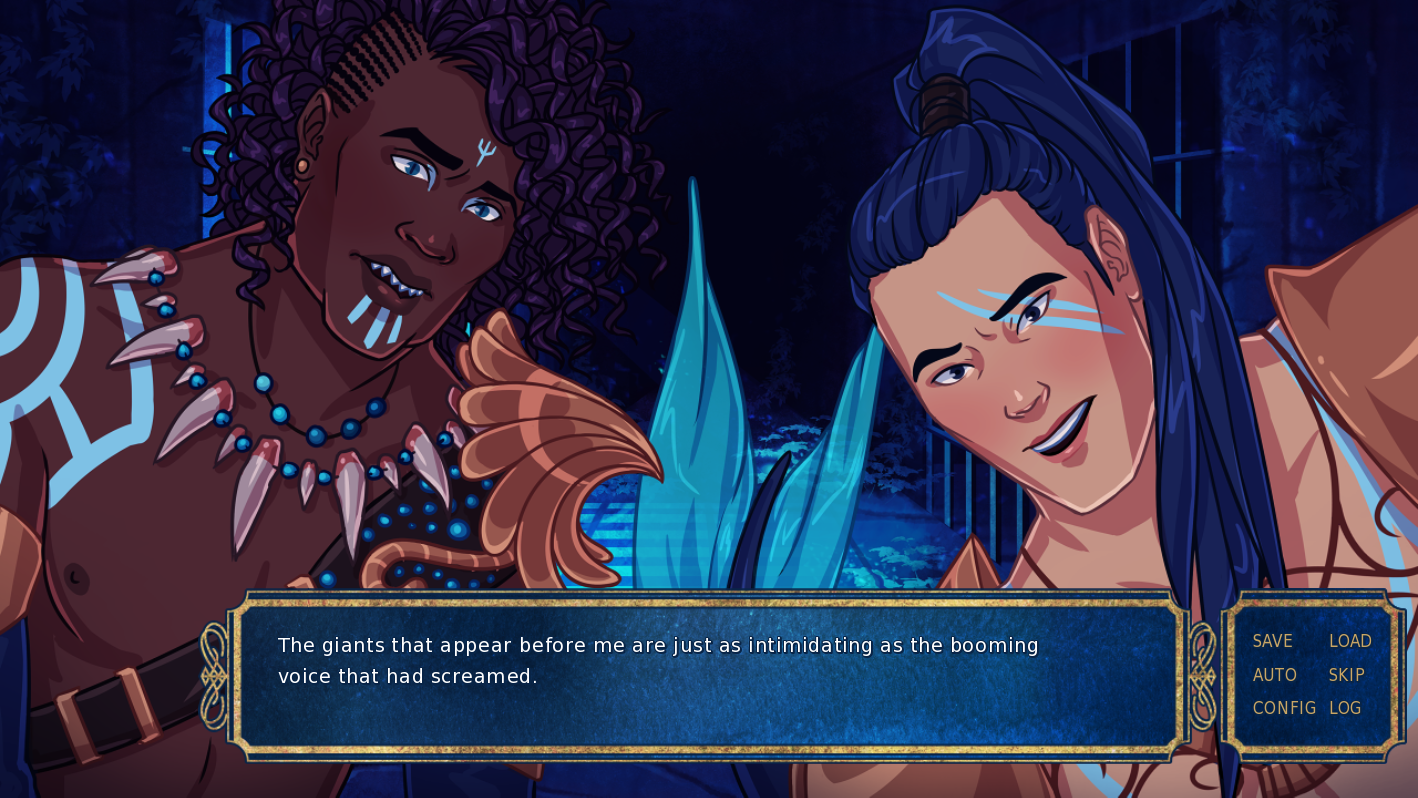 Both Gabrielle and Nauticus are Black characters that aren’t defined by their blackness; they each have their own motivations and ideals that exist independent from the color of their skin. Instead the characters of Ultramarine are defined by their experiences. Nauticus is an exiled prince attempting to reclaim his throne and unite his people. He is single-minded at times, stopping at nothing to obtain what is rightfully his, by any means necessary. On the other side, you have Gabrielle, also living in exile in order to avoid the tyrannical regime of a corrupt political power. Then there’s Nauticus’s loyal guard and companion Zeppelin, a former child soldier who was raised to blindly follow the orders of those in power.

Ultramarine is set within a world that is both alternate history and fantasy, with references made to political and ideological issues alongside magic and mythical cities. The Seven Submarines team did a great deal of world building in spite of the game’s short run time. There is just enough reality mixed in to give the story depth while not feeling bogged down by intense exposition dumps and just enough lore to bring some of the more fantastical elements to life. In Nauticus’s route Gabrielle gives a detailed history of the world above, going on at length about humanity’s penchant for war and violence. But, perhaps the most intriguing part of the conversation, occurs when Gabrielle has to explain the concept of race and race relations to Nauticus, who hasn’t experienced any sort of race based discrimination (at least based on color) in Atlas. There’s also a discussion about class discrimination and the ramifications of slavery in Zeppelin’s route, which I didn’t expect going in. It’s not often that a game will touch on such a sensitive topic, but, it goes a long way in making Ultramarine stand out.

Because of the short development time, most NaNoRenO games have shorter run times and not much to offer in terms of additional features. However, that isn’t the case with Ultramarine, the Seven Submarines team managed to incorporate a few extra details that make for a much more immersive gaming experience. There is partial voice acting at the start of the game and at the end, though only Gabrielle is the sole voiced character. The performance was pretty good and I will admit that having the opening narrated gives the game a storybook fantasy feel that really sets the tone for the rest of the story. Then there are the RPG style monster battles, now they’re not as flashy as the battle systems in mainstream RPGs, but, they were fairly challenging and helped break from the usual visual novel style gameplay.

Ultramarine: A Seapunk Adventure is a title that does a lot with its limited runtime, creating a rich and inventive fantasy world and well developed characters that will captivate the imagination. The inclusion of characters of color is also one of the game’s biggest draws, especially Ultramarine’s leading lady Gabrielle Freedmen, since finding visual novels led by black women is still not as common as I’d like. All in all, this was a fun game with some great elements that will offer a unique gaming experience. But, as always you don’t have to just take my word for it. Check out the game for yourself, it’s free to play and fairly short.