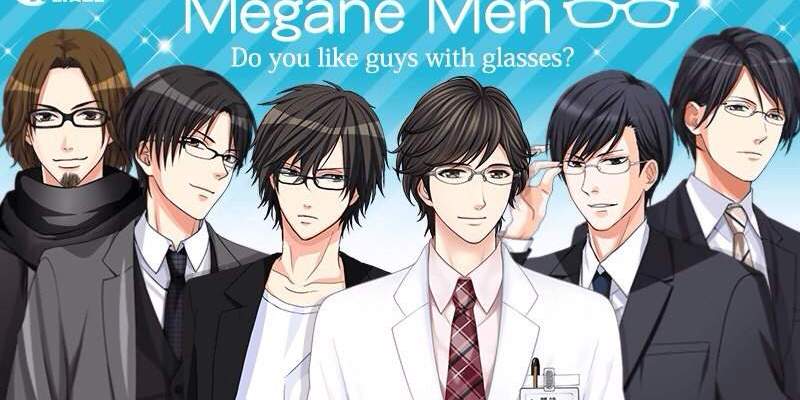 Hey Hey everyone, the entire month of March here at Nice Job Breaking It, Hero is Megane Madness Month! Throughout the month I will be writing posts about my favorite bespectacled bishies, from lists to spotlights, I’m just going to let my megane bias run free! Also feel free to join me and spread the megane love throughout the month, there’s no such thing as too much megane love! 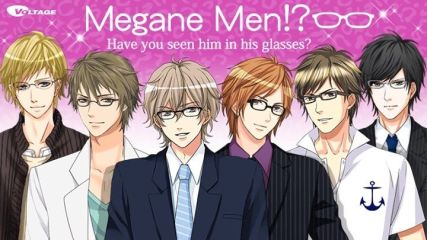 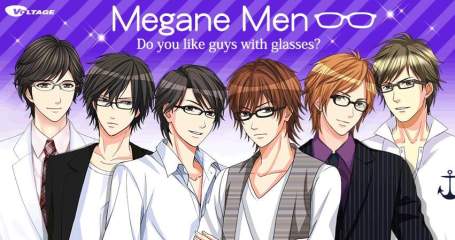 This time around I’m spotlighting five of my favorite megane characters from mobile otome game developer, Voltage Inc! Last year I wrote a Top 10 Voltage Guys list, so expect to see some of the guys from that list making a repeat appearance here, but there will also be a few new faces! Also, I don’t know what to tell you guys, but the fact that all of the guys on this list are dark haired hotties is purely coincidence… though I will admit that I am partial to raven haired megane characters in general. 😛 So without further ado, My Top Five Favorite Megane Men-Voltage Inc Edition!

*Also, this is not a ranked list, the guys are just in the order i looked them up in, which probably speaks to my preference…*

Shiki Kurobane- 10 Days With My Devil 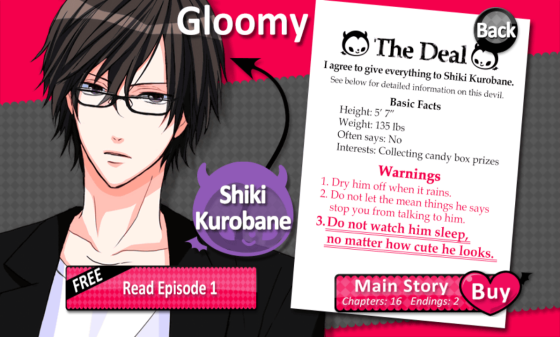 This guy was my first ever otoge megane crush and even now I still have fond memories of the guy (you might actually see a review for his route later on this month)! I hate that they bill him as a gloomy guy, because he honestly isn’t, sure he’s a bit anti-social and sure he spends most of his time sleeping, but this adorable demon is anything but gloomy… Shiki Kurobane can be bit lax when it comes to his demon duties and can be found napping with his prized alpaca plushie or collecting limited edition figurines from snack boxes. But, don’t let that fool you, when he puts his mind to something, Shiki can be a force to be reckoned with! I remember just wanting to give him a hug, because he was just too cute… 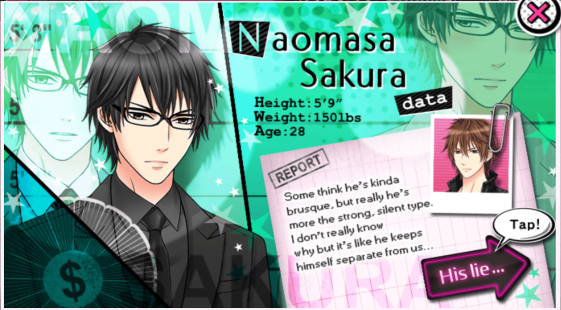 Hey, here’s a familiar face from my previous Voltage post, but Naomasa definitely deserves to have a second spotlight! When I first played True Love Sweet Lies, I was a Sakuya girl through and through, I thought nothing would change my mind… and then this stoic megane waltzed into my life and that was it… I only had eyes for him! There is just something about the strong silent types that just get’s my blood pumping and Naomasa was absolutely perfect! The way he helps others without asking for anything in return, his quiet calm… KYAAAAAAAAAAAA His adorable awkward blush!

Oh hoo, another blast from the past!! When I first saw this guy, I immediately marked him as my First Love Diaries bae, unfortunately for me, he was the last route Voltage released and they sure took their sweet time with it too…but, he was worth the wait! This Harry Potter look alike was my favorite route in the game! Mitsuru is a snarky bookworm, who sees the world as a series of checks and balances. Anything that defies logic or reason is immediately written off as unnecessary… but, deep, deep down, Mitsuru is a passionate and sensitive young man! He has a hard time opening up to others, but when he does he’s a dream… This route gave me so many feels, I’m just disappointed that Voltage discontinued the app after the sequels, I really wanted to see what kind of adult he’d become… 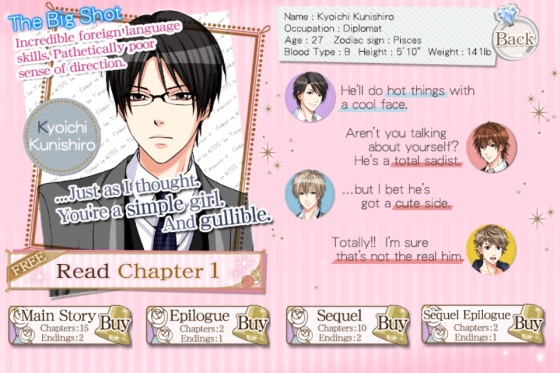 I bought this route during one of the many Voltage sales, and I’m not gonna lie, I wasn’t all that interested in the guy. Yamato had already stolen my heart and I wasn’t sure I was even capable of investing time in another character, but Kyoichi genuinely surprised me! For once I agree with the Voltage character synopsis… Kyoichi is one of those guys that will tease you with a straight face and honestly it’s sexy as hell! It’s hard to get a read on the guy, but beneath that businessman guise is a passionate, hot blooded man! There’s a scene in one of his stories where he literally starts getting hot and heavy with the MC in an alley, because he can’t wait until they get home… I almost spontaneously combusted! It. Was. So. HOT! *fans self* 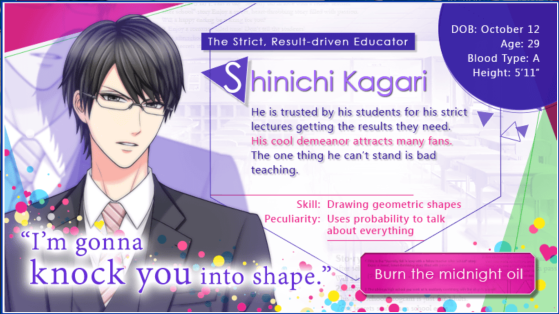 So can you believe that I almost forgot to add this guy to the list! After all the moaning and groaning I did when Voltage snubbed him during the initial release of After School Affairs, you’d think he’d be at the top of the list… but alas, he almost slipped through the cracks! Ya’ll should be noticing a theme here; cool, intellectual meganes with dark hair are my weakness, and Shinichi is all of that and then some. At school he’s a respected mathematics teacher, known for bringing out the best in his students, but behind closed doors, he’s a slob! It kind of reminded me of Tsugumu Kido from Our Two Bedroom Story… hell, they could be twins!  I fell head over heels for this strict megane teacher and his tough love approach to romance and teaching! I wrote a review for his main story a little while back, which you can read, HERE, because I had a lot to say about the guy!

So that’s my list, were there any characters that you though should have been on the list that weren’t? Someone on the list that you think shouldn’t be? How are you enjoying Megane Madness Month so far?  Let me know what you think in the comments section. If you like what you see, like this post or follow Nice Job Breaking It, Hero! As always THANK YOU FOR READING!! 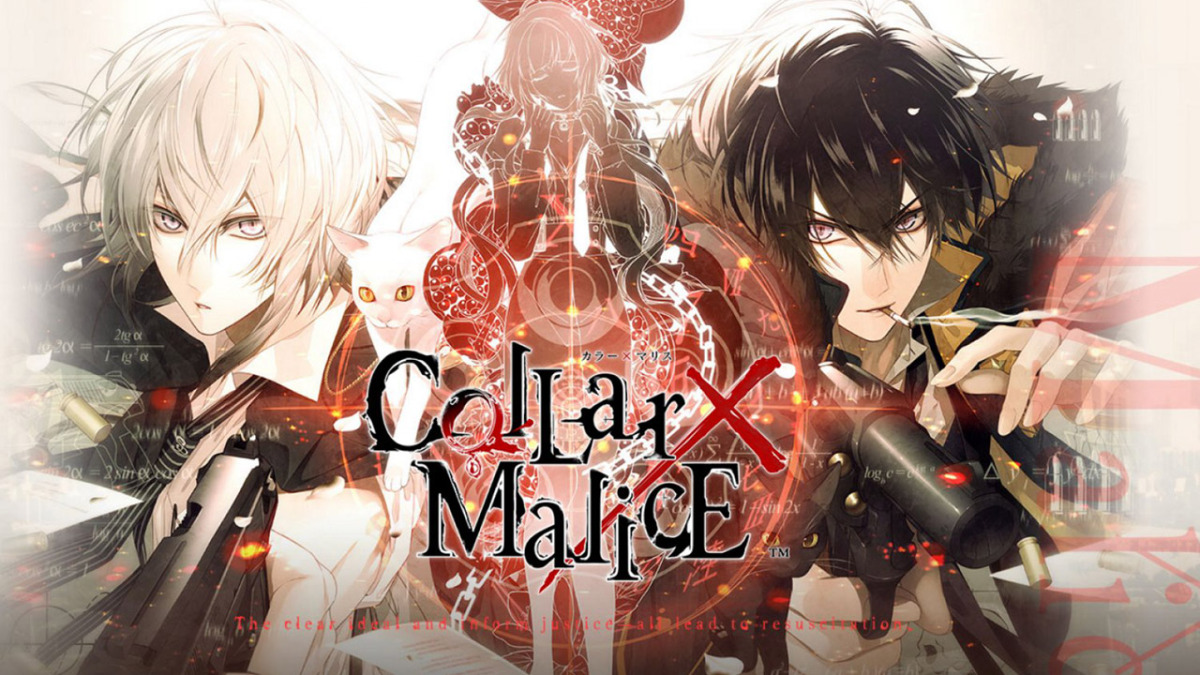 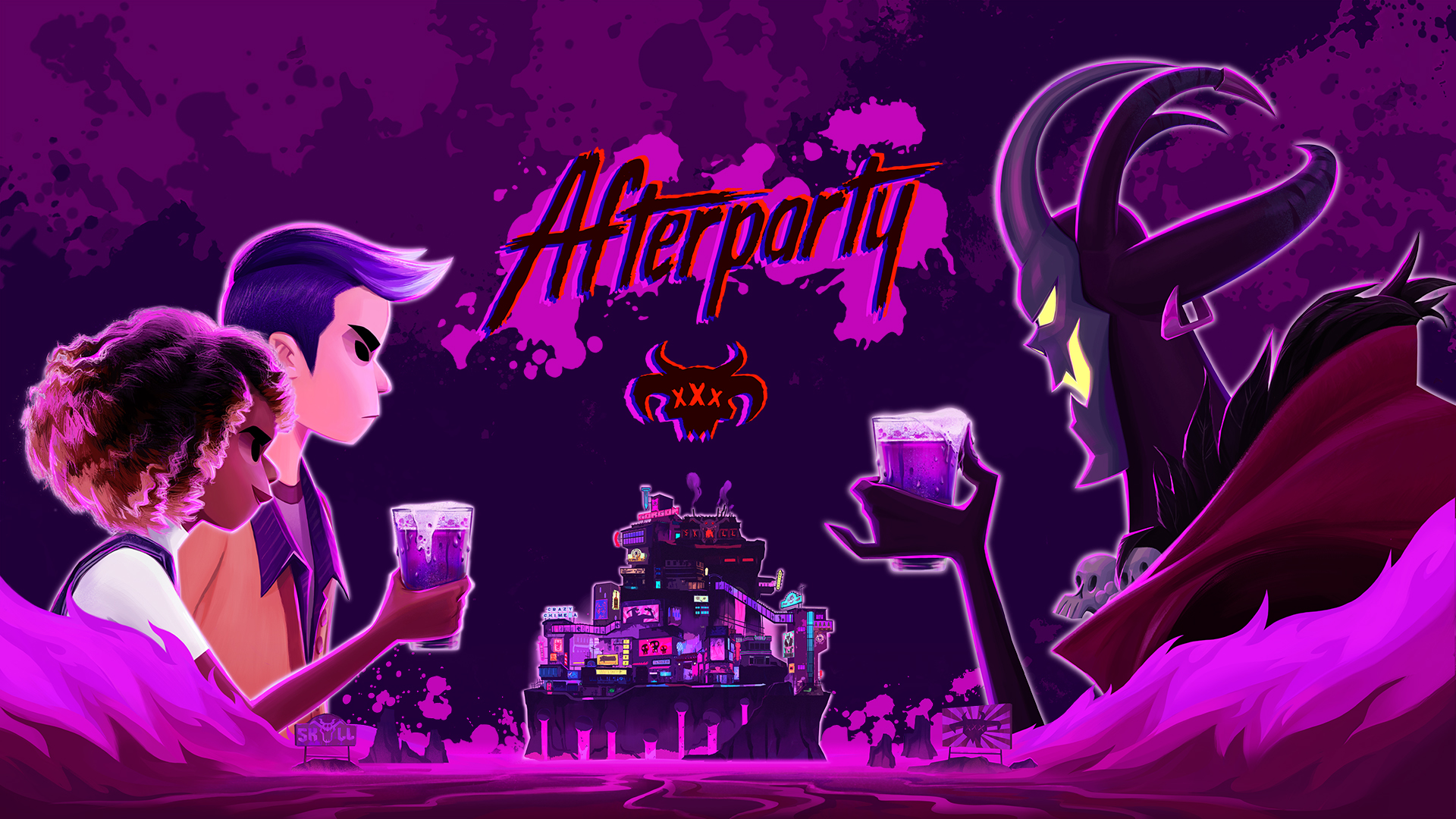 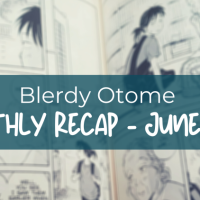 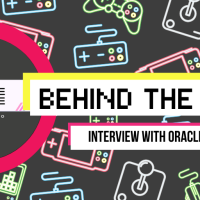 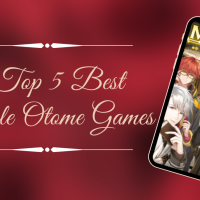