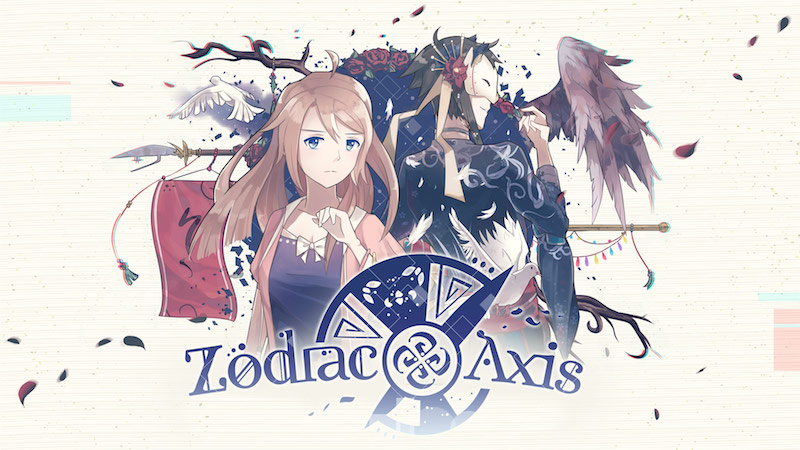 Edit (3/8): The Kickstarter for this game was successful at meeting its funding goal. The final funding amount was $13,220 with 434 backers! The game now has a tentative release date of 2018!

I have been quietly  following this game for months and I am excited that they are finally launching the KS campaign!! This game looks gorgeous and I wasted no time whipping out my wallet to show my support!!

Zodiac•Axis is an Asian inspired supernatural romance visual novel that promises to be a uniquely engaging gaming experience. Instead of adhering to traditional “romance game themes”, Zodiac•Axis has blends together suspense, psychological horror, mystery, supernatural fiction, and of course romance!

Alison Hart, a fresh-out-of-college journalism graduate, is desperate for a job. In fact, she’s so desperate that she’s willing to apply for an infamous (yet successful) online tabloid that specializes in “supernatural events”—though, really, it’s just a collection of tinfoil hat conspiracies.

When Alison is assigned to investigate six people who are rumored to carry the “Spirits of the Zodiacs”—whatever that means—she isn’t worried. After all, the whole idea is just sheer nonsense. Right?

So the potential love interests kind of remind me of the characters from Natsuki Takaya’s Fruits Baskets. Each guy is the embodiment of one of the Spirits of the Zodiac and our lovely journalist MC, Alison Hart, has been tasked with investigating each of them!

Alison Hart is recent grad who dreams of one day becoming famous journalist… unfortunately like most graduates she finds that her dream job is just out of reach. So she settles for a freelance job with an online tabloid, her first assignment: investigate six supernatural individuals!?

This will be a commercial release, but by pledging at the $20 level, you all can snag a copy of the game. There are also a set of Stretch Goals that will expand the scope of the game if met. Some of the expanded features include additional romanceable characters (The Cat), partial voice acting, a mobile port of the game, and much more!! Upon it’s release the game will be available for Windows, Mac, Linux! The tentative release date is set for Late 2018! The Campaign Goal is $10,000 and the KS will run until February 19th, 2017!

At this time there is a short alpha demo which can be downloaded from the KS campaign page. The alpha demo covers roughly 7 minutes of gameplay, but you get a good feel for the mechanics and the characters, so it’s definitely worth checking out! There are plans to release a more polished beta demo later on this year!

So PLEASE check out the Kickstarter campaign, HERE, and lend your support. There are still 29 days left for the campaign and every little bit helps! The various price tiers come with some nice goodies so definitely check them out!

You can also contact Studio Theophilus on Social Media through the following channels:

7 thoughts on “[Funded] Let’s Show Our Support for Zodiac•Axis: A Fantasy-Fusion Visual Novel”