It’s been awhile, but I’m back again with yet another Top 10 Pokémon list! This time around, I’ll be covering my Top Ten Gen  5 Pokémon. So let’s get this party started… 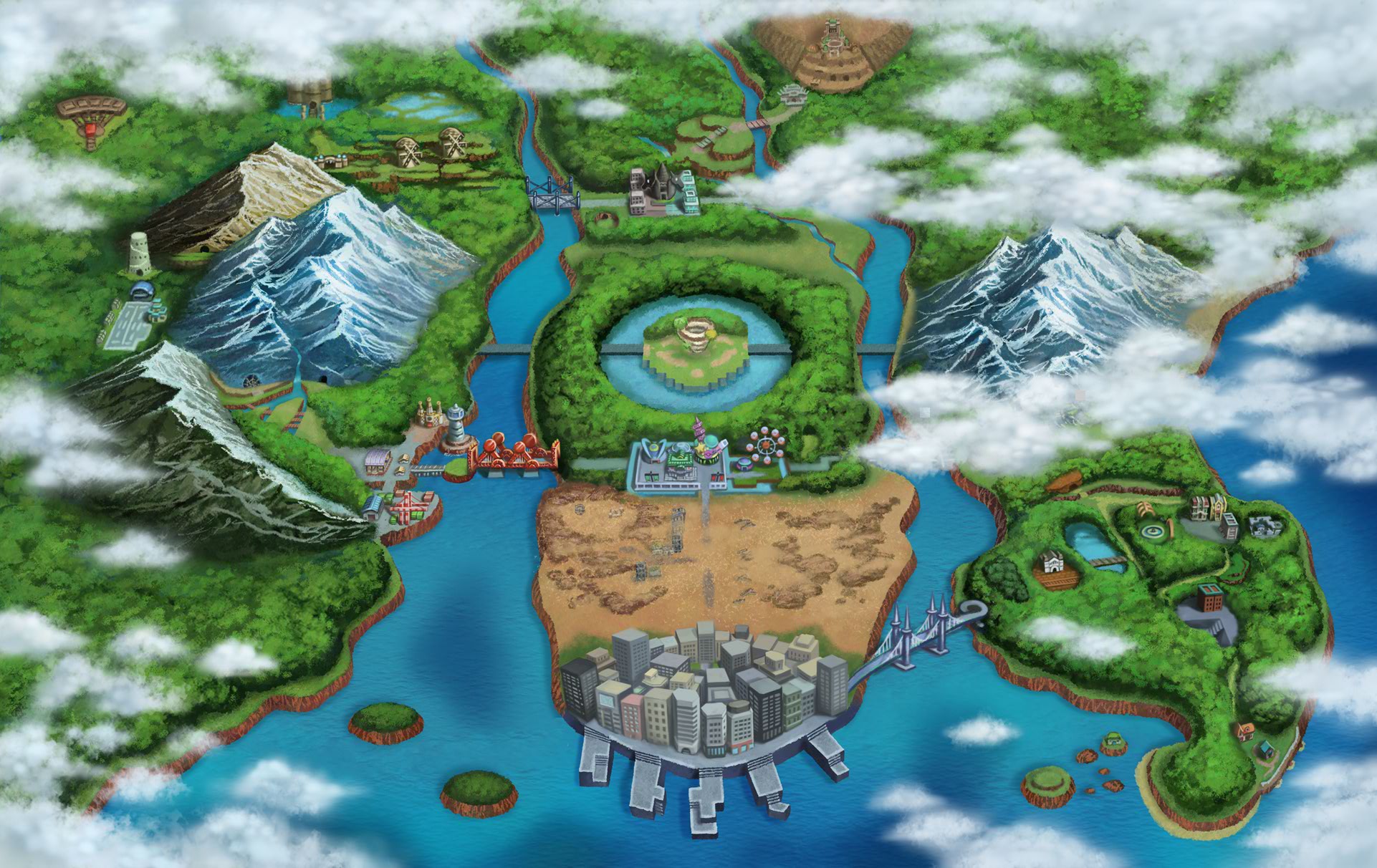 The fifth generation games renewed my love of the Pokémon series! Both Black and White and their sequels had a much more dramatic narrative than any of the previous Pokemon titles. In terms of storytelling, the fifth generation games were some of the best Pokemon games to date… excluding Pokémon Sun and Moon. However, I have to say that I was not a huge fan of all of the Pokemon introduced in these games… Out of the 156 new Pokémon introduced in Black and White, I really only liked a handful of them. In fact, my team in Black mostly consisted of Pokémon from previous generations, so this wasn’t an easy list to write. But, this was a much easier list to write that the Gen Four list, so silverlinings…

Coming in at number ten is the elegant looking, Fighting-type, Meinshao. This Pokémon is on this list, simply because it looks cool. Actually, when I first saw this Pokémon I thought it was a Psychic-type, at the very least a dual Fighting/Psychic like Medicham. Either way, I love this Pokémon’s design! I have always preferred lithe Fighting-type Pokémon designs to the bulkier, muscular designs of the early Pokémon generations… they just look cooler!

For some reason a zebra seems like the best choice for an Electric-type Pokémon… maybe it’s the stripes. When I look at Zebstrika, I can’t help but think of the saying, fast as lightning, and I guess that’s what the folks down at Game Freak were getting at when they came up with this design.

Zoroark and it’s pre-evolved form Zorua were the first Pokémon revealed from the Fifth Generation Pokémon games. I still remember all of the hype surrounding the “big” reveal in CoroCoro and I couldn’t help but think that Game Freak hoped that Zoroark would be what Lucario was for the Third Gen games. But, what really sets this Pokémon apart from it’s Gen Three counterpart is it’s special ability, Illusion, which allows it to transform into the last Pokémon in a players party. This ability alone makes this Pokémon amazing in competitive battles, it’s the ultimate Pokémon troll which more than earns it a spot on this list!

This is another one of the better Pokémon designs from Generation Five… I mean look at it, it’s a majestic eagle! Maybe I’m biased since I’m American, but Braviary just looks like a Pokémon you’d find soaring through the skies of the Mid-West.

When I first saw this Pokémon, I was prepared to give it a hard pass, since Pokémon modeled after inanimate objects are pretty hit or miss (I’m looking at you Trubbish). On top of that, the only way to get Chandelure in-game is by using a Dusk Stone, which was hard as heck to find in the game. So how did this Pokemon end up on my Top Ten list? It actually isn’t a bad Pokémon to have on your team, don’t get me wrong, it’s not the best for competitive play, but for regular in-game battles, Chandelure’s Fire/Ghost typing makes it an awesome addition to any team!

The Pokémon that’s cute enough not to eat, coming in at number five is the  adorable Fire starter, Tepig! I could just eat this little guy up, I was immediately smitten with this delicious little piglet, so when it came time to choose my starter Tepig was the obvious choice. Unfortunately I hate it’s evolutionary line… Seriously Game Freak, enough with the Fire/Fighting final starter evolutions, it was cute in Gen Three, but enough is enough…

Like Tepig before it, this little guy is on this list because it is super cute! I just want to sit this cutie pie on my lap and pat it’s little head while I feed it Lava Cookies. Plus I love the way it tucks all of it’s limbs in while it sleeps, so it looks like a little red dough ball!

I usually ignore the Grass-type starter Pokémon, since they tend to be pretty weak at first, so when I got Pokémon Black I opted for Tepig… But, after I saw the final evolutions for the starter Pokemon, I immediately regretted my decision. Serperior is one of the sexiest final evolutions, I have ever seen! This Pokémon is just too cool for school, just look at the way it has it’s nose turned up as if it’s too good for your silly Poke Ball!

It’s a three headed dragon, I feel like that kind of speaks for itself… throw in the Dark-typing and this is just a perfect storm of badassery! This is just one of my favorite Pokémon designs of all time, plus it’s a solid Pokémon to have on your team. Even now, Hydreigon is one of the mainstays on my Pokémon Alpha Sapphire team, and once they update the Pokémon Bank for Sun and Moon, it’ll be on my Moon team too!

Last but certainly not least, in the number one spot is Liepard! I actually had a really hard time settling on the final order for these last three Pokémon on this list. I rank the top three picks on this list roughly the same, so feel free to mix them around a bit! So, what made me settle on Liepard as the official “first” pick, well, it’s purple and my favorite color is purple. Also, I know this is weird, but Liepard kind of looks like the kind of Pokémon that a masked superhero would have, with it’s mask like eye markings and lean, fierce design… definitely Pokémon sidekick material!

So that’s my list, were there any Pokemon you though should have been on the list that weren’t? Something on the list that you think shouldn’t be? Let me know what you think in the comments section. If you like what you see, like this post or follow Nice Job Breaking It, Hero! As always THANK YOU FOR READING!!