Sometimes you come across an anime that no matter how many times you watch it just never gets old. You know, a show that you can watch five or more times and still find the characters and their stories fresh and exciting.

I love this series, no matter how many times I re-watch this show it never gets old. Even after knowing how everything turns out, I still end up on the edge of my seat at every single time I watch it, because it is just that good! This is one of the few series that I wish was ongoing. So my pick for an anime that never gets old no matter how much I watch it is… 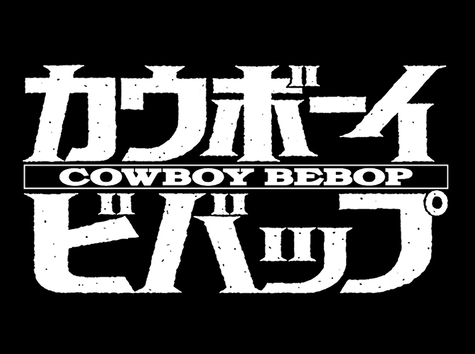 Before we get into this post I want to say that I have a rough outline of the topics for all of the posts in this challenge. So I can assure you all, this will be the last Cowboy Bebop post… now that that’s out of the way… I love this series!! I can’t tell you how many times I have watched this series over the years and it just never gets old! Every time I re-watch this series, I always manage to find something new about the characters and/or the story itself. This is one of those series that I believe all anime fans regardless of their anime preferences should watch! So if you haven’t seen this series, go watch it right now!

Cowboy Bebop which aired from 1998 to 1999, is a 26 episode critically acclaimed sci-fi anime series directed by Shinichiro Watanabe. The series follows a a group of bounty hunters as they traverse the galaxy on their ship, the Bebop, in search of their next bounty. Originally the crew consists Spike Spiegel, a Martian with a criminal past and Jet Black an ex-cop, but as the series progresses they add two (and a half) more to their crew. Faye Valentine, a sharp tongued fugitive bounty hunter, with no memory of her past and seemingly no aspirations for the future. Then there’s Edward Wong Hau Pepelu Tivrusky IV, or just Ed for short, an androgynous child hacker with an eccentric personality.  The final member of the Bebop crew is a super intelligent corgi, that Spike and Jet picked up after a botched job.

So what makes this series so memorable? Well… everything. This series has a dynamic cast of characters and a plot that frequently blurs genre labels to create a genre all it’s own. It’s a compelling story that covers a wide range of topics and themes, in a way that never feels rushed. Each story within the series is unfolds naturally and each story arc receives a fitting and satisfying conclusion. Despite coming out 18 years ago, Cowboy Bebop still manages to stand the test of time, giving even some of the best current series a run for their money.

In the series, music plays an integral role in the overall story of Cowboy Bebop. There were multiple times during production when the composer, Yoko Kanno’s music influenced the development of specific episodes and vice versa. Let me tell you, the soundtrack for this show is awesome-sauce! Then there is the voice cast, this is one of the few anime series out there where both the Japanese and the English voice casts are spot on. Heck, one might even argue that the English cast is better than the original Japanese cast…

This is one of those rare series that will appeal to just about everyone, whether they are a fan of anime or not! At its core, Cowboy Bebop is just a really good story, one that transcends labels and that is why this series has stood the test of time.

What do you guys think of my pick? Do you have a series that you have seen multiple times over the year that never seems to get old? What is it? Let me know in the comments section! As always THANK YOU for reading!!!

25 thoughts on “30 Day Anime Challenge- Day 14: An Anime that never gets old no matter how many times I watch it”