Hello, fellow heroes and travelers, here we are at the end of yet another week! This past week has been a little crazy! I have been sending out job applications like crazy and I finally heard back from one! I had the interview on Friday and I should hear back on Monday, so I’ll be playing the waiting game until then… My prospects look good for the job, but we’ll see….finger’s crossed!

So, I have a bit of an announcement to make!  One of my younger brothers is graduating from High School on Saturday! I’m so proud of him!!! Yay! But, that means that I’ll be in Georgia for this weekend… *fidgets* …so I won’t be able to get the May 22nd to May 28th Last Week Today Post out to you guys on Sunday May 29th as planned…I should be able to get it out to you guys on Monday May 30th instead though… Just a heads up!

This week was a weird week for posting…My writer’s block cleared itself nicely, so I was able to post, but I still feel kind of blah…

So, in case you missed it, here were the PokeNews announcements for the week:

So, this week, I added a new sub heading to the Games tab on the Main Menu….Demos & Betas!!! I will now include reviews for upcoming game demos and betas, so be on the look out for those in the near future!!! I also want to add sub headings for the Fangirl Moments tab…Do you guys think I should or do you think it’ll be too much? Let me know in the comments section…

I am still Live Blogging my playthroughs of games over on my tumblr, if you ever want to know what my next review is, tumblr is the best way to find out. My posts always give me away. I just finished up blogging my playthrough of DRAMAtical Murder under the #Now Playing DMMd, so take a look if you feel so inclined.

Here are the poll results from the last post, looks like most of you guys are mobile gamers!

I really want to hear from you guys, let me know what you think of Nice Job Breaking It, Hero. What did you guys think of my first Full Game Review? Was it too long? Do you like my posts? Is there something you think I should fix or add? Please feel free to let me know here in the comments section, or you can ask me anonymously on Tumblr (just let me know that you’re from WordPress)!

So, good news, my writer’s block is finally over! Rejoice! But, because of it I don’t have many posts ready for you guys, so I’ll be playing catch up for a bit…But, don’t worry, I have this week’s posts already done!

But the biggest news of the week is that I am finally done with DRAMAtical Murder! It took me nine months to do it, but I am officially done with all of the routes for this game! I feel so weird now that I’m done…DMMd has been a constant on this blog since the beginning, so I’m a little sad to see it done. I’m going to miss it…but, I guess that’s what Re:Connect is for! Yes, I will play and review Re:Connect… No, I won’t be playing it anytime soon, I need some space from Aoba and Co… too much drama….

I still plan on taking my time in the upcoming weeks, but rest assured I will still be fairly active updating you guys with reviews as I go. What I said last week holds true though:

I’m also in no rush to complete any other games at this time, because quite frankly, gaming was starting to become a bit of a chore, which is something I absolutely never wanted to happen. So I’m going to take my time these next few weeks. I’ve tossed out my schedule a bit, so everything outside of DMMd is on an indefinite hold! Instead, I will be playing what I want and catching up on some anime that I’ve been neglecting…

So, on to this week’s posts: On Monday, I will cover another otome Kickstarter campaign, so get ready for that!!! Now that I am done with DMMd expect my reviews for Clear and Ren, on Tuesday and Wednesday, respectively. On Thursday, I will be posting the long awaited review of Seiichirou Hayami from My Wedding and the 7 Rings (between you and me this was the reason I had writer’s block). On Friday, I will post about another BL manga, that I recently purchased, so be on the look out for that.

I finally have a new poll for you guys, sorry for the delay. This week’s poll is : When do you typically read game reviews?  Since this is a gaming blog, I was curious about when you guys read my reviews…and thus this poll was born!! Let me know by voting! The poll will be open for two weeks this time!  You can find it in the side bar (or if you are using a phone/tablet @ the bottom of the page). If you still can’t find it, click the link HERE! I look forward to your responses!

Here we are again at the end of another Recap Post, where I highlight five interesting posts from other bloggers that showed up on my Reader this past week…

Lists- I need 5!– Any blogger that has tried to write a Top “fill in #” list knows just how difficult a task that can be. This blogger gives a short and honest look at list making and the difficulty of choosing the “right” number of entries. Everyone can relate to this post on some level and it is definitely a must read!

Anime That Never Gets Old? Welcome Princess to…– I absolutely adore this blogger and just about everything she writes. On top of that she is super sweet and always open to chatting on Twitter or on WordPress!!! So this week she wrote another post in the 30 Day (Week) Anime Challenge, this week’s prompt is, An anime that never gets old. So, she wrote about one of my absolute favorite anime Ouran High School Host Club! This is truly a lovely post from a lovely blogger and a must read!

A Look Back on Sailor Says– So, if like me, you had the pleasure of watching Sailor Moon back in the 90’s in the US, you’ll remember the ‘Sailor Says’ segments. These were poorly edited filler segments tacked on to the end of every episode of Sailor Moon, in order to make “fighting evil by moonlight’ and ‘winning love by daylight’ somehow more educational for young girls. The author of this post explores just how influential those segments were, in an honest yet nostalgic post!

NEETaku Rants: Can We Have an Intelligent Shounen Hero for Once?– I absolutely love reading this blogger’s posts, they are simply the funniest rants I’ve ever read! This time around, NEETaku covers dumb shounen heroes! I’ve hated how stupid shounen heroes always seemed to be for years, and this blogger definitely gave a voice to my thoughts on the subject. Go, read it now, it’s absolutely worth it!

The Yaoi Fangirl That Fell in Love With Bara– Okay, so this is one of those topics that fans of Boys Love tend to shy away from. In addition to traditional yaoi, written by women for women (and men); there is another genre called Bara. Bara, like yaoi depicts Male on Male relationships, except they are traditionally written for men by men. They usually depict more masculine men than their yaoi counterparts, but the stories are no less interesting. This blogger, gives a very candid and personal account of Bara through the eyes of a ‘Yaoi Fangirl’, this is a must read for fan of BL and yaoi!

So it was harder than usual to narrow down this list and since I’ll be late with next week’s post anyway, here are two Honorable Mentions/Wild Card entries. I really liked these posts, but for the sake of my self imposed rules (5 entries only and no two posts can be from the same author), they didn’t quite make the cut. But, that doesn’t mean they weren’t good enough, far from it…. so, I bent the rules a bit this week…

So here we are at the end of this week’s post! Be sure to check out some of the bloggers from this week’s Weekly Blogger Spotlight, drop them a line! Strike up a conversation or make a new friend! Don’t be shy get out there and mingle!

Also, don’t worry if your post wasn’t featured in this week’s post, keep writing and keep posting! I’ll keep my eye out!

See something in your Reader this week that you wanna share? Tell me what you think about my post? Anything you want to see more of? Less of? Have an idea for a post? Shoot me a line in the comments section  or Ask Me anonymously on my Tumblr! Don’t be shy, I swear I don’t bite! I appreciate input and discussions from my readers so let your voice be heard…and finally, as always Thank You for reading! 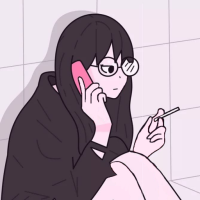 Mashi talks about stuff like anime and human feelings