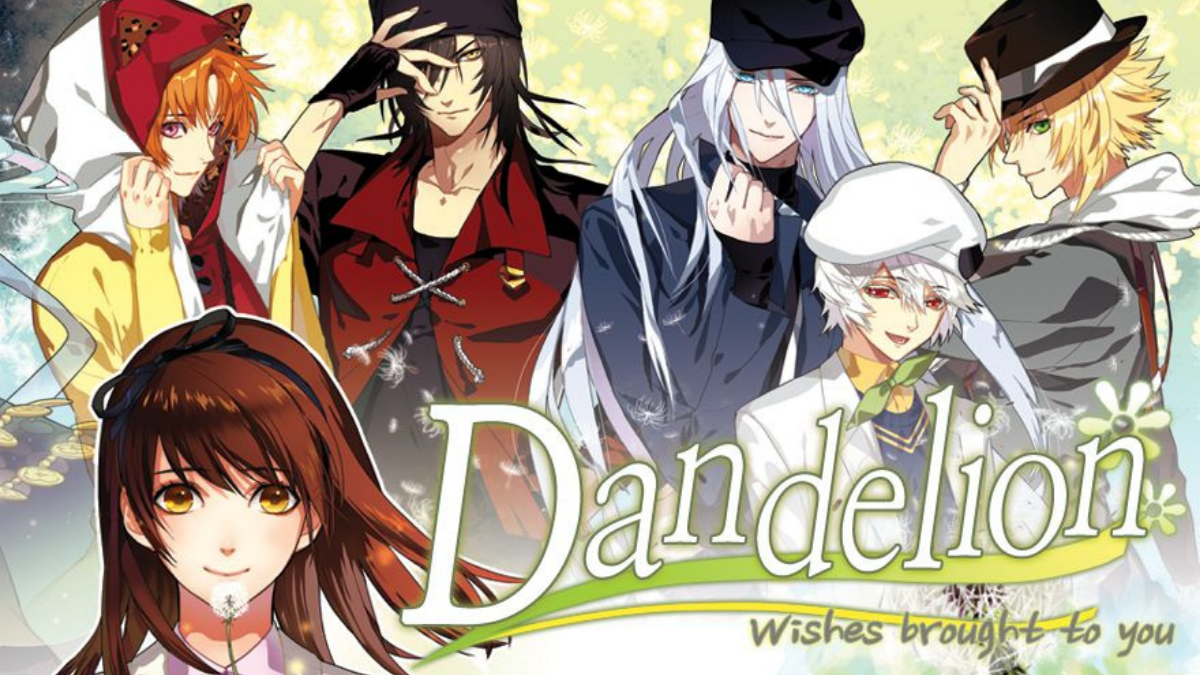 Dandelion Wishes Brought to You is a stats-raising fantasy otome game developed by Korean team, Cheritz for PC and Steam. Follow Heejung, a college student after she discovers a basket full of magical animals. I must have an impulse problem or something, because I bought both Nameless and Dandelion Wishes Brought to You at the same time which cost me $50 all together. To be honest after playing Jisoo’s Route in Dandelion—I don’t how to feel about the game.

In the game, you play as Heejung, a super unhappy college student. She (like most college students) is living a life that has been planned out for her. She lives out her days studying to complete a major she has no interest in, while putting up with the whims of her overbearing mother. Our poor MC is a giant ball of stress and self doubt, and to be honest I wondered how she had made it this long without ending her suffering. I felt bad for the poor girl, she always seemed to be one step away from the edge. But lo, what is that? In the distance…could it be a deus ex machina, I mean basket full of cutie animals?!

Suddenly a basket of  animals appears in her apartment, and instead of tossing them out, Heejung decides to keep them and raise them. She dubs them Jisoo (Black Cat), Jiwoo (Spotted Rabbit), Jihae (Shaggy Silver Rabbit), Jiyeon (Orange Kitty), and Jieun (Baby Bunny). After three months of caring for her pets, Heejung is noticeably happier and adjusting well to her role as care taker. That is until the “animals” turn into four smexy bishies and one jailbait cutie. After freaking out, they explain that they are participating in a game with rules they can’t tell her about. Surely this is where she calls the police, but no, not only does she not call the police, oh no, she allows the strange animal eared men to stay! Here is where the common route ends and the individual routes begin.

My Mini Reaction to Dandelion Wishes Brought to You So Far

So this won’t be a review, because I’m still trying to let the ending sink in a bit. As a whole I love the game it was great; it had it all angst, romance, drama, mystery, suspense. A perfect melting pot of emotions. The characters were well developed and there was real growth from Heejung, very realistic.

BUT the ending was just too open ended, I almost smashed my computer because I thought I had landed the bad end. But, no the ‘will they meet again?’ ending is the best end and it left me with an empty feeling. I kept expecting them to turn around and see each other, but no, instead I’m left with more questions than answers. Granted I’ve only played through Jisoo’s route, but I feel like all of the routes are BITTERSWEET CLIFFHANGERS OF DOOM!

The art is beautiful. Every CG was wonderfully rendered. I cannot praise the art enough! The story is great and the translation is damn near perfect, which is not always a rule of thumb when it comes to some other translated games—y’all know who you are! But, the feels were just too much, I don’t know whether I should be happy or sad after getting the best end. It’s just so bittersweet! I want to say that I loved it, but I just don’t know how I feel. And to be honest it’s gonna take me a while to muster up the energy and courage to play the other routes.

Maybe I’ll write a longer post about the game after I sort out my feelings a bit, but not for a bit—at least not until after I finish Ryu’s route in No Thank You!!!

One thought on “Dandelion Wishes Brought to You Review – First Impressions”